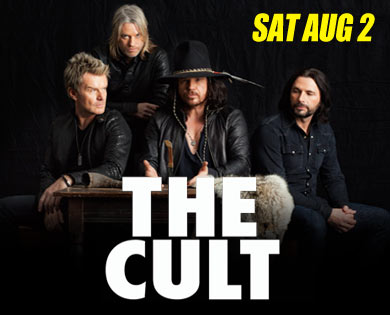 Bring Your Rally to Life with Fiery, No Frills Hard Rock During the August Music Festival

Plan to surrender to pulse-pounding beats and dark supernatural guitar attacks as The Cult takes you on a journey through post-punk, psychedelia and transcendental hard rock during the Chip’s 2014 August music festival. The British band worshipped for infusing a soulful mystique and authentic primal depth into a shallow era of rock is adding its mystically wild stage show to the Chip’s legendary lineup of Sturgis concerts on Saturday, Aug. 2. This is one show you won’t want to miss! If you are a Cult fan, you understand why you must be there. If you’re not already a Cult fan, after this show you will be!

The Cult’s music is highly revered by fans of other rebellious spirited bands like The Doors and The Velvet Underground. After the release of its debut album, “Dreamtime,” in 1984, The Cult quickly ascended through the ranks of the indie music world to achieve global stardom. Born out of the ashes of the UK post-punk scene, the band infused innovation into the worlds of music and art as they headlined arenas and stadiums worldwide, amassed countless hit songs and sold millions of albums.

“We don’t have fans, we have devotees,” says vocalist Ian Astbury. “You either need it or you don’t. You either get it or you won’t. There is nothing casual about The Cult.”

Don’t miss your chance to see one of the most influential rock bands of all time during the Best Party Anywhere™. Reserve your passes today to see The Cult along with the rest of the Chip’s unbelievable lineup of Sturgis concerts!

“Woody is givin’ me wood with this band announcement!” – Dave Johnson 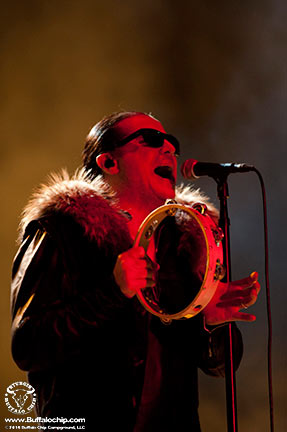 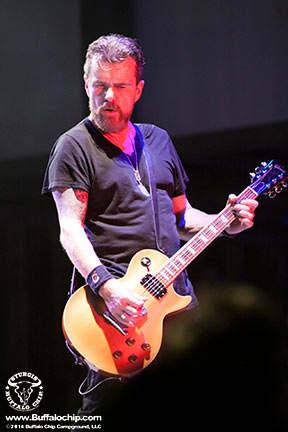