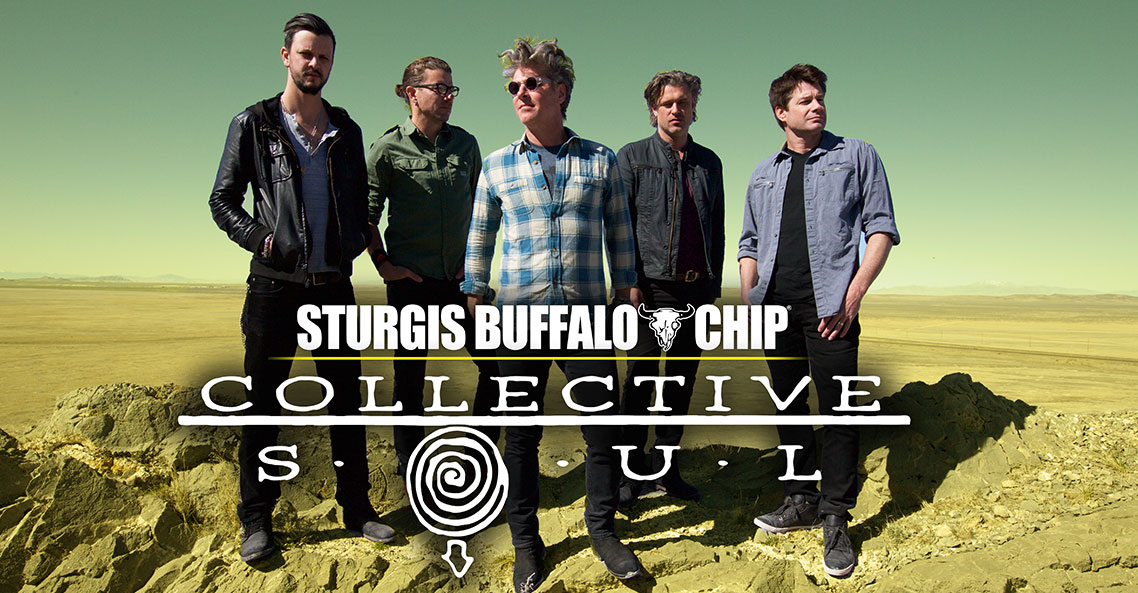 Satisfy Your Soul with Collective Soul on Aug. 5, 2019

Feel a wave of electric energy wash over you as Collective Soul brings its grinding guitars and catchy choruses to the Buffalo Chip’s 2019 Motorcycle and Music Festival. Don’t miss your chance to see the multi-platinum-selling quintet celebrate 25 years of success with an unforgettable performance prior to Styx on Monday, Aug. 5.

After exploding onto the alternative rock scene in the mid-‘90s, Collective Soul hit the road for an arena tour alongside Aerosmith, secured a spot on the lineup at Woodstock’s 25th anniversary and saw seven tunes shoot to No. 1 on the rock charts. Smash hits like “December,” “Shine,” “The World I Know,” “Run,” “Where the River Flows,” “Heavy,” and “Gel” will send you and thousands of your newest friends on a double-decade ride down memory lane.

Whatever you do, you won’t want to miss Collective Soul’s concert prior to Styx on Monday, Aug. 5. So get yourself in gear and reserve your passes today!