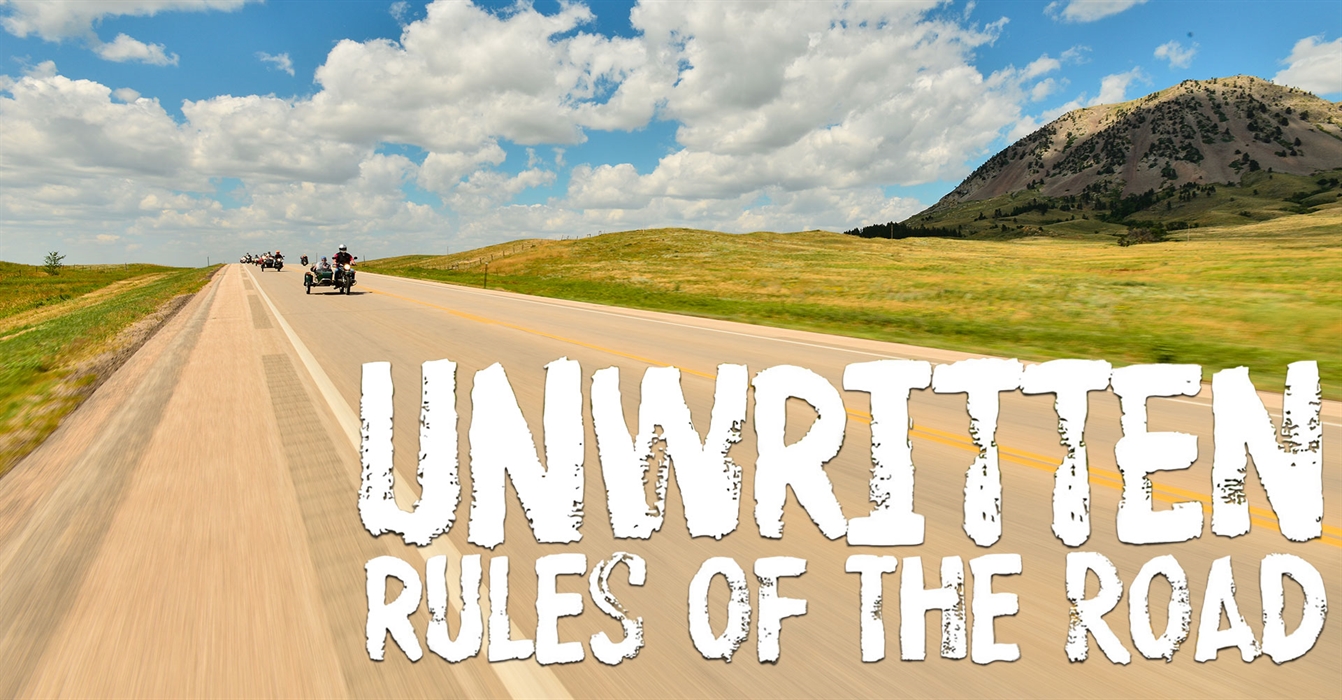 Unwritten Rules of the Road Every Rider Must Know

If you’ve got a motorcycle endorsement, chances are you’ve got a grasp on the written rules of the road. But did you know there are plenty of unwritten rules that are just as important? Not following these rules won’t just make you look dumb; it could get you killed. So if you want to stay safe, make friends and earn some good biker karma, make sure you commit this list to memory. 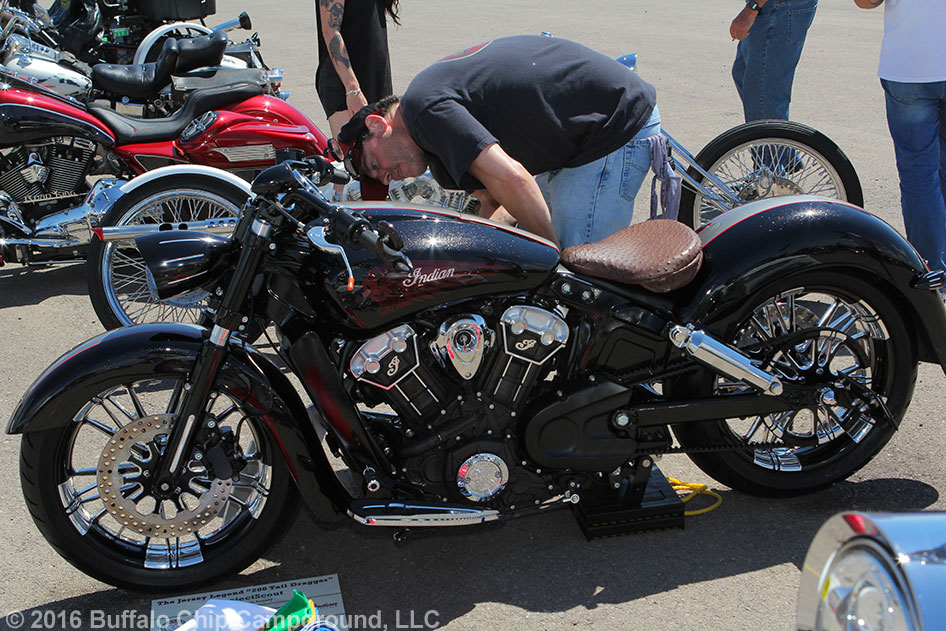 For many people, a motorcycle is like a girlfriend. You wouldn’t just walk up to someone’s girlfriend and grab them – unless you have really good medical insurance – and the same applies to someone’s bike. Aside from the fact it’s considered incredibly rude, people may assume you’re trying to steal a bike instead of just feel it up. If the owner isn’t around to ask permission, you’ll just have to ogle the bike instead of touching it.

2. If you ask to ride someone’s bike, expect the answer to be “no.” 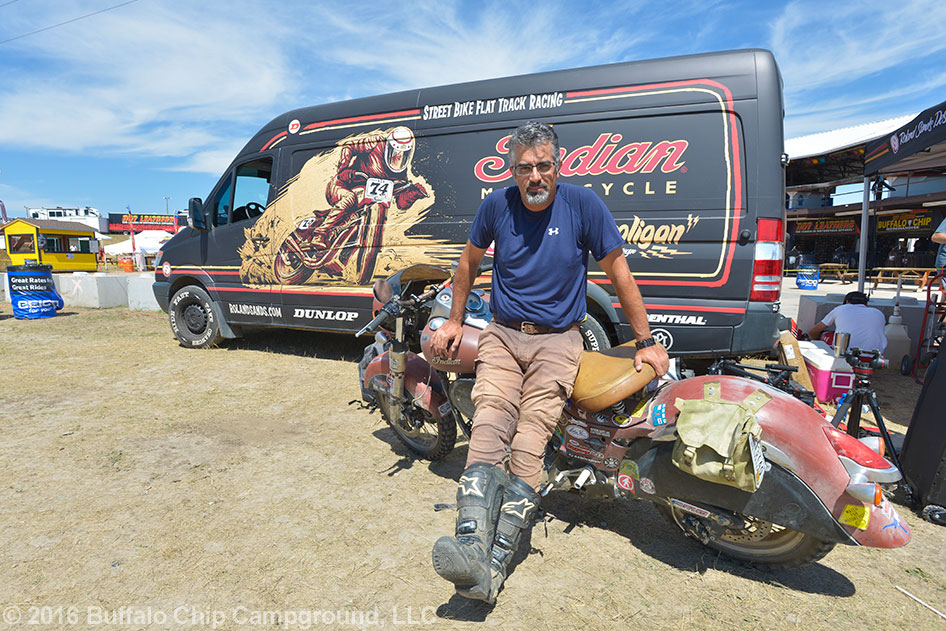 If a person is willing to let you ride, they’ll usually offer. Asking goes against the code, which may out you as a rude person who doesn’t know the rules, and those types of people are never trusted on a bike. If you want to ride someone else’s bike, hope quietly to yourself, and maybe you’ll get lucky.

3. It doesn’t matter if you had right of way if you’re dead. 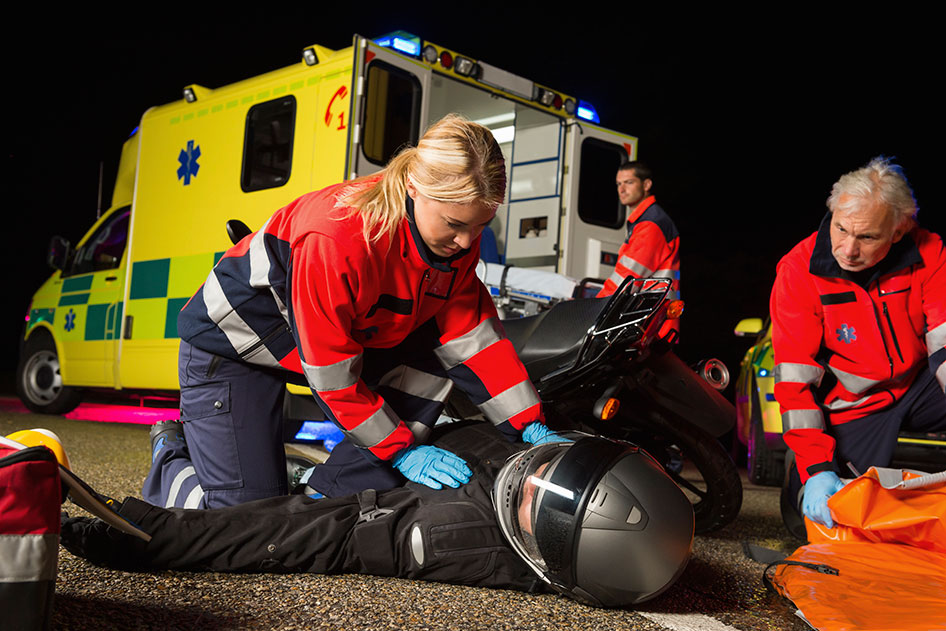 There are a lot of situations where cars don’t give you right of way even though it’s legally yours. You can decide to show them they’re wrong by going when it’s your turn, but you’re liable to also show them what the inside of your skull looks like by doing so.

4. Ride as if all car drivers are trying to kill you. 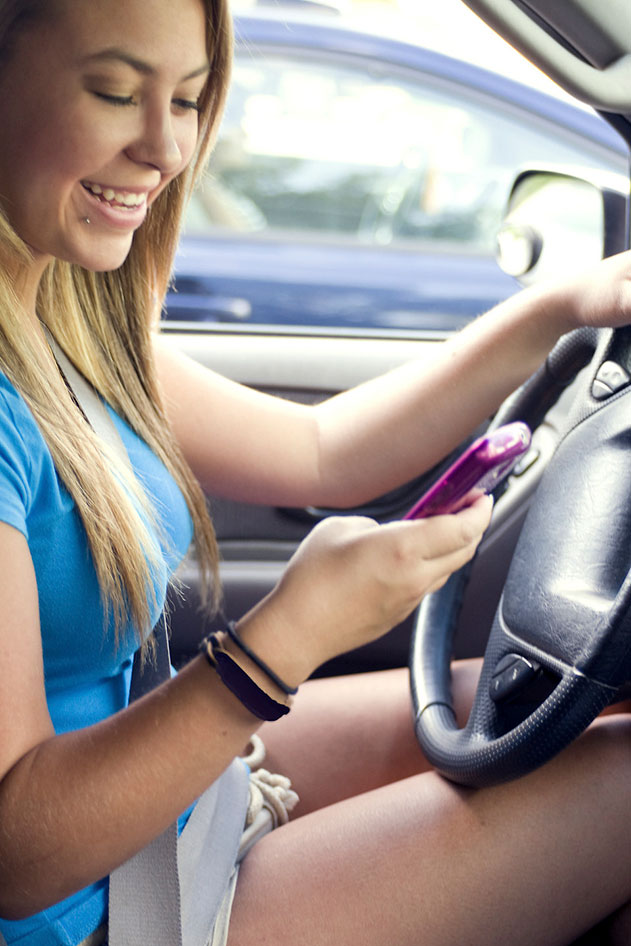 It’s not just right of way car drivers seem to neglect if motorcycles are involved. Actions like signaling before a lane change, staying out of a motorcyclist’s lane and not cutting off motorcycles are all things cagers fail at spectacularly. If you’re on a bike, even if someone is looking directly at you, assume you are invisible. Even if they do manage to see you, you should still assume trying to run you over will be their next move.

5. If you see another rider tapping their helmet, it means there’s a cop ahead. Return the favor, and you’ll build up solid motorcycle karma.

Check out the video above to learn more helpful hand signals.

6. Give assistance to injured or stopped riders when possible. 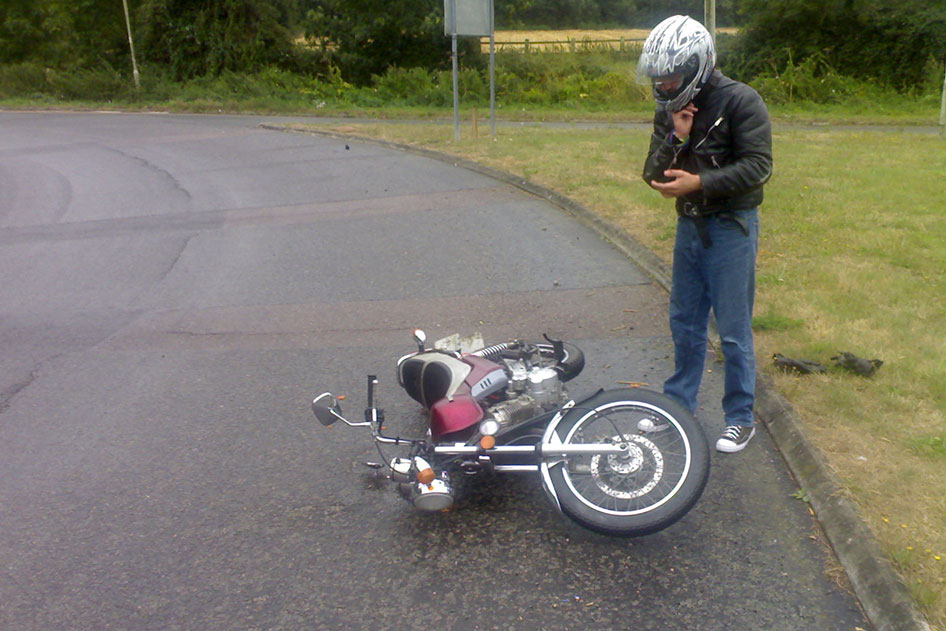 Aside from this being the right thing to do, one day the person in distress could be you. Wiping out, even with protective gear and a helmet, can still easily result in injuries. Someone who was just in a motorcycle accident may have hit their head and be in no condition to deal with a cell phone. It will probably only take a few minutes to stop and help someone, and it could save a life. In addition, you can join Russ Brown’s BAM a nationwide network of volunteers that provides breakdown assistance to motorcyclists across the country.

7. When you see someone on the side of the road, give them a thumbs up. 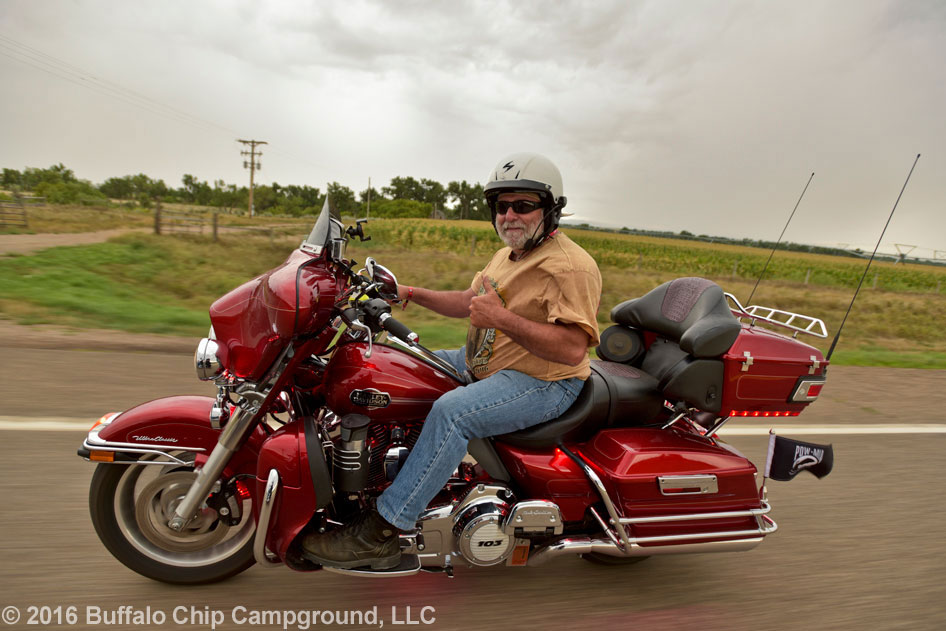 If they give you a thumbs up back, everything is okay; getting a thumbs down means they need help. 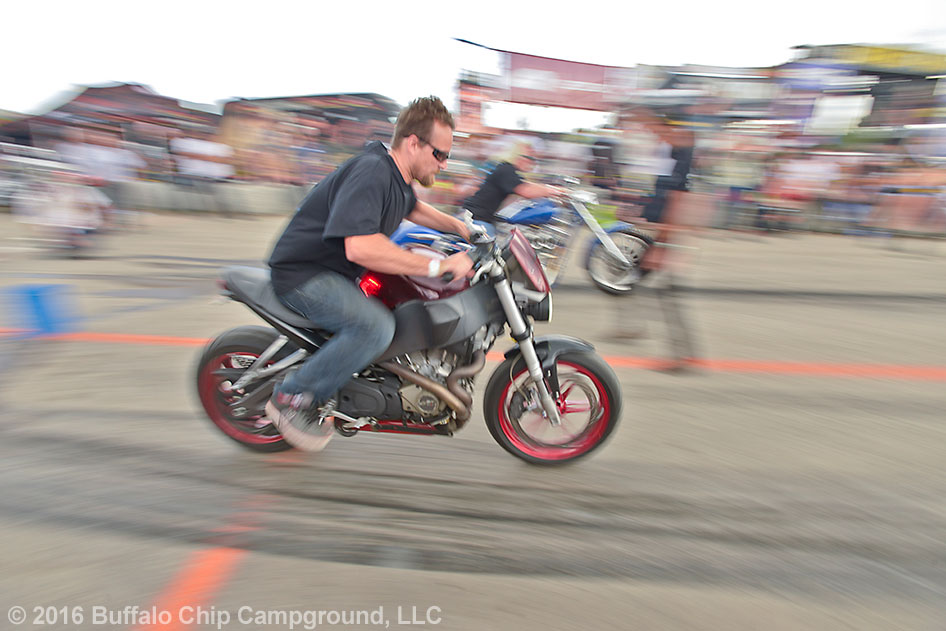 Riding a motorcycle requires concentration and a level head. If you’re upset, pissed off or distracted, you’re going to start making choices that could leave you as modern art decorating the pavement. When you’re furious about something, calm down before you get on your bike. Also, racing to get somewhere may just result in you being raced to the hospital, so be willing to be a few minutes late instead of being dead.

9. Don’t pull up next to a bike at a stoplight if you don’t know the person. 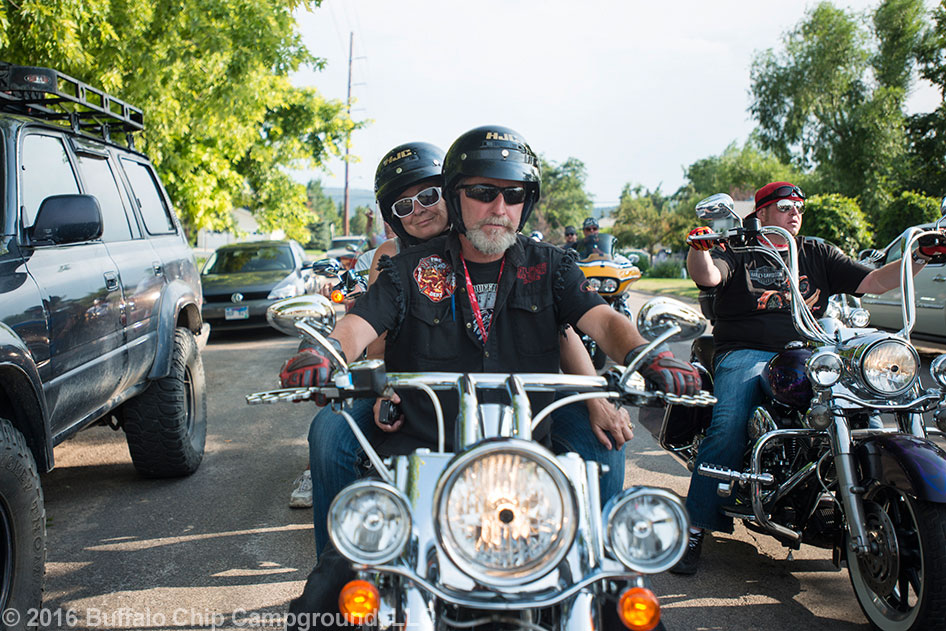 It’s not only weird and invasive to some people, it also creates confusion as to who should go first when the light turns green. The way many riders handle the issue is to pull up right behind the first rider and position their front tire behind or parallel to the rear tire of the person in front.

10. When you park your bike next to other bikes, be sure to leave enough room for the other rider to mount up. 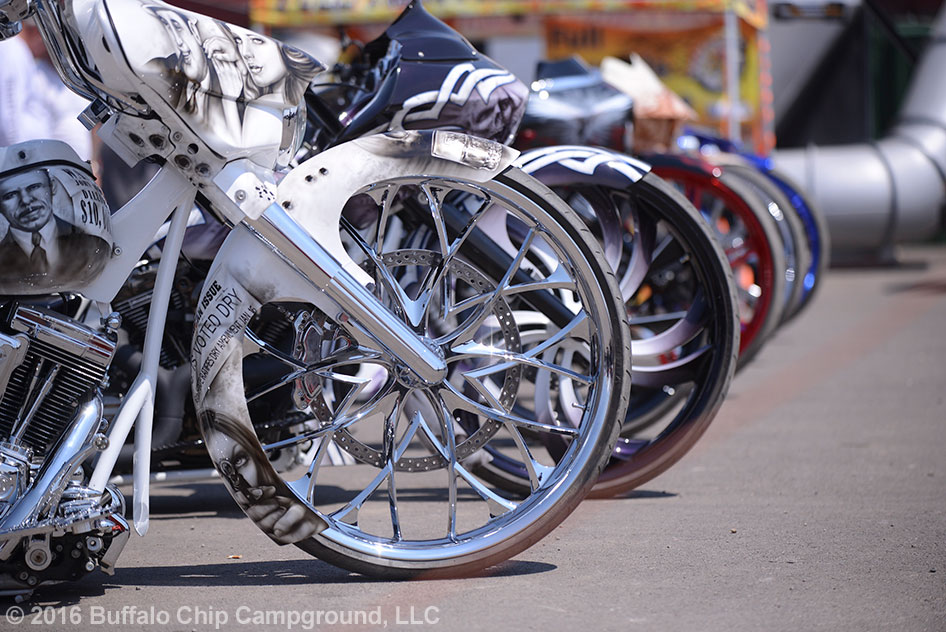 It’s really as simple as that.

11. Wave at all other cyclists. 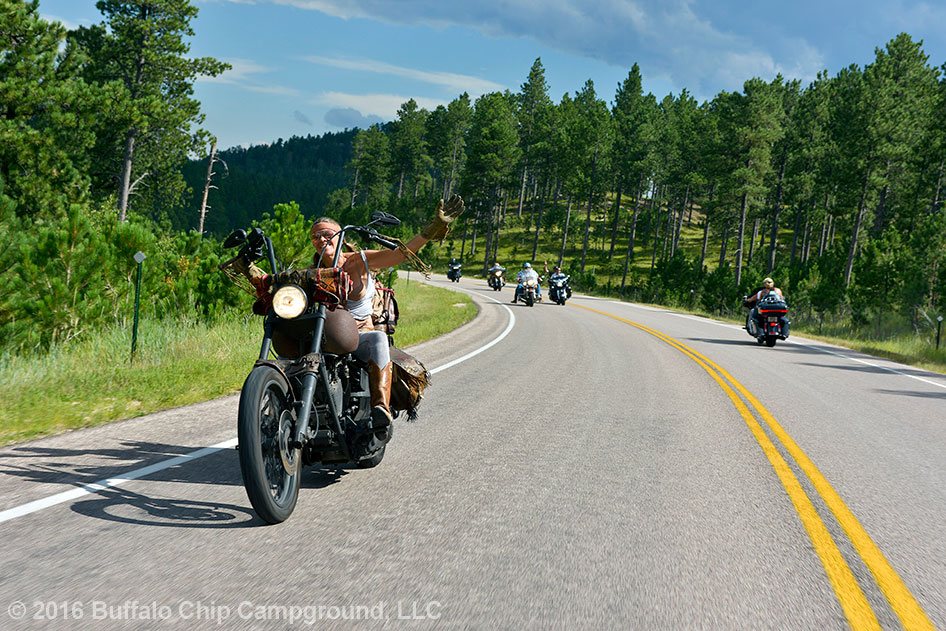 One of the great things about owning a motorcycle is being part of a greater community. This brother- and sisterhood is filled with people who understand how rough it is to ride in the rain, deal with heat and fend off spiders that have made a home in their helmet. Give them a wave if you see them on the road.

If some of these rules and nuances don’t seem intuitive, don’t worry; they’ll come naturally with time. New riders who adhere to them will be ahead of the curve and avoid many of the mistakes some of us veterans made early on. These rules will help you safely navigate unpredictable roads and properly interact with your fellow riders. Feel free to share this with both your rider and non-rider friends alike!

Did we miss anything? Are there any other unwritten rules of the road we should all be following? Do you disagree with any of the rules? Let us know in the comments below! 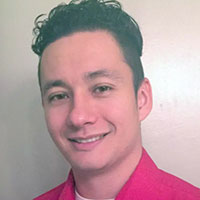 About the Author
Trevor McDonald is a writer and entrepreneur whose passions include cars, engines, bikes and riding. He writes for Solo Moto Parts where they sell motorcycle parts, accessories and gear. When he isn’t writing, Trevor enjoys golfing, cheering on the Steelers, and spending time with his two dogs.