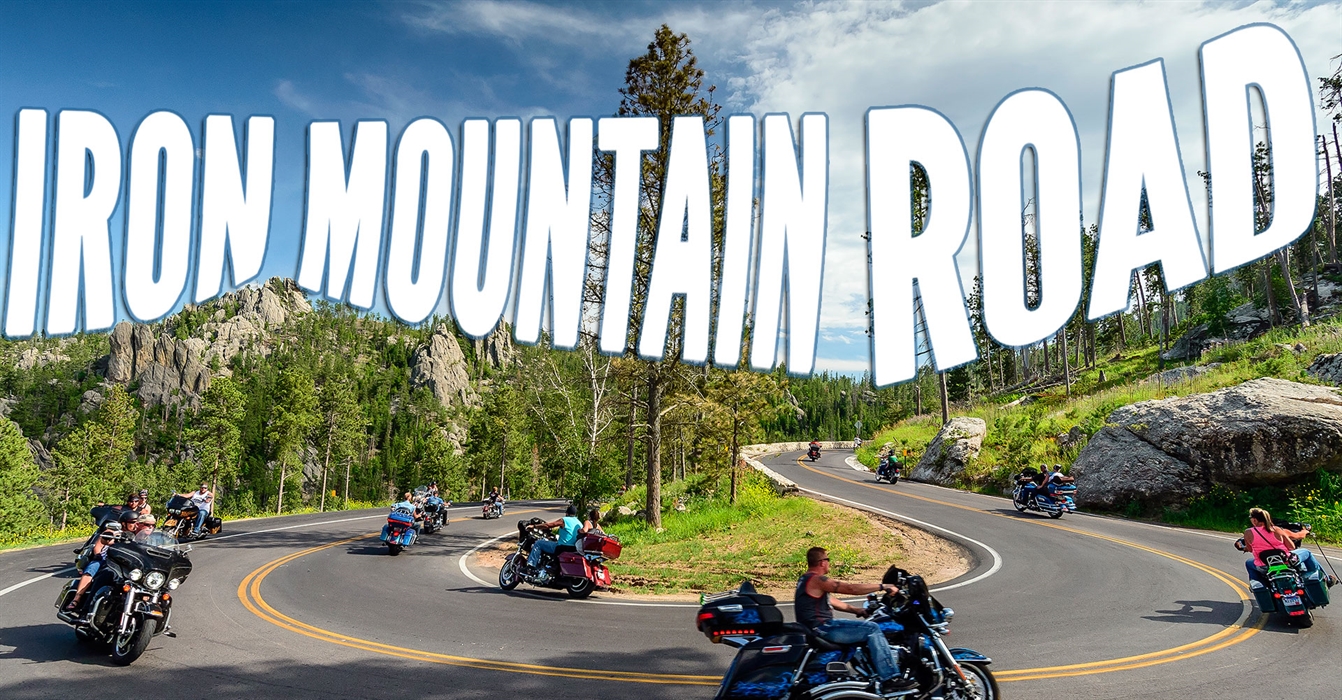 From Pigtails to Past Presidents, Iron Mountain Road is a Singular Experience

Peter Norbeck should be in the Sturgis Motorcycle Museum and Hall of Fame. Even though Norbeck wasn’t a biker, the former governor and state senator from South Dakota gifted riders with one of the most memorable 17-mile stretches of motorcycling goodness around in the form of Iron Mountain Road. 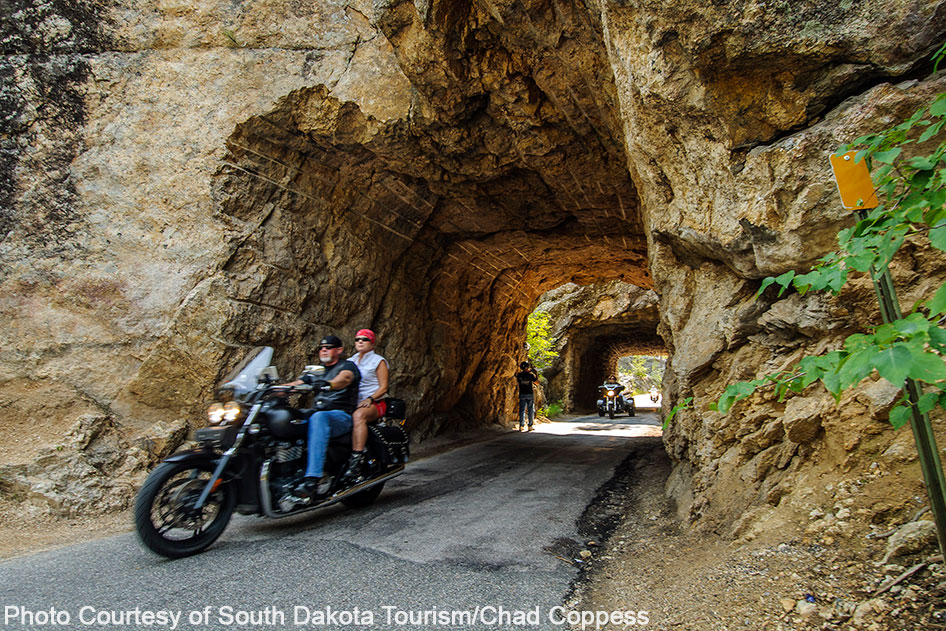 To say Norbeck was instrumental in the road’s construction is an understatement. In the early 1930s, the South Dakota politician scouted Iron Mountain on horseback and by foot area as Mount Rushmore was being chiseled out of rock. Being the first native-born governor of South Dakota, Norbeck had a deep appreciation for the beauty and the magic of the Black Hills. He knew something as special as Mount Rushmore needed a road equally special by which visitors could admire both the national monument and the state he called home.

C.C. Gideon, an architect and builder, also played a major role in Iron Mountain Road’s history as he helped Sen. Norbeck map the route. He lobbied for tunneling through the mountain, and the three rock tunnels on the road are a major contributor to its distinctive character. Gideon also designed the famous pigtail bridges and opted to construct them out of wood and steel straps instead of the more conventional concrete and steel combination that state engineers recommended. 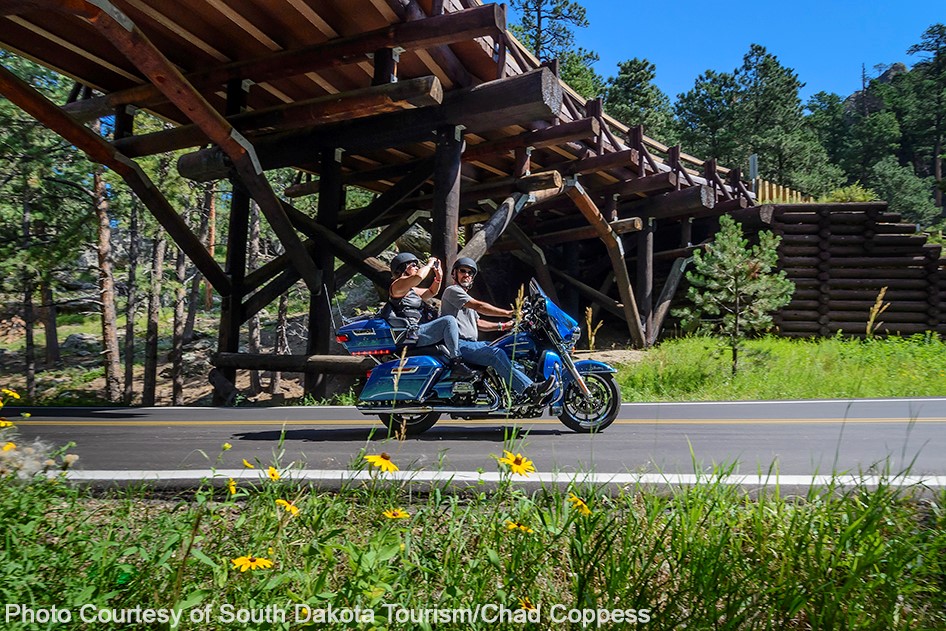 The closest entrance to Iron Mountain Road from the Buffalo Chip lies 55 miles away just outside Keystone, South Dakota.

The fastest way to get there:

Head left out of The Chip’s front gate and take Fort Meade Way
Then you can avoid having to do the two-footed biker boogie down Lazelle Street. Fort Meade Way will dump you out at Interstate 90. 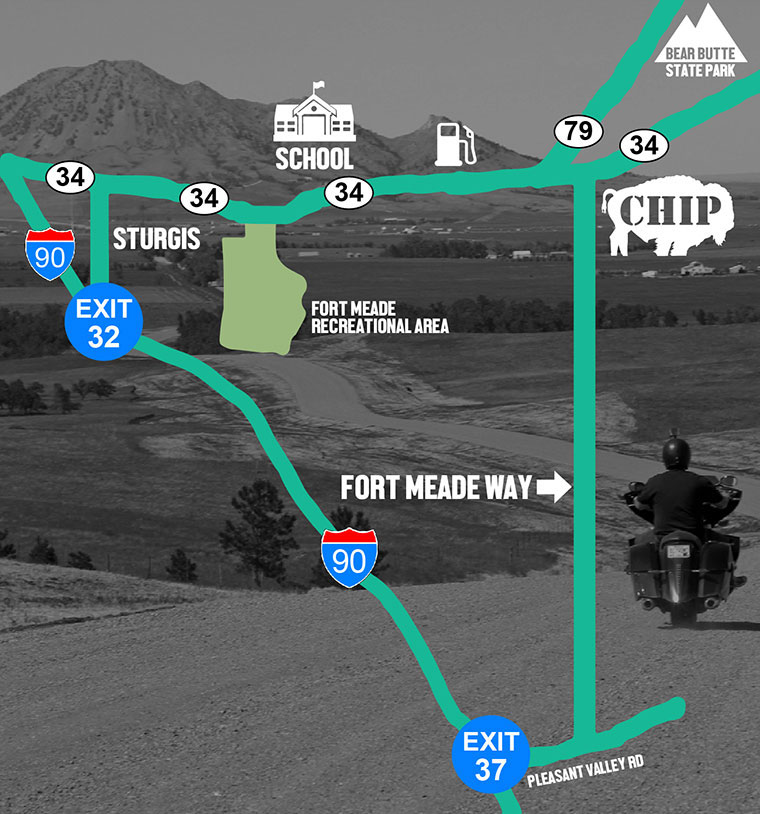 Jump on I-90 E and head towards Rapid City.
On the outskirts of the city you’ll see your next turn-off, US-16 W. About 15 miles out of town lies the exit for Keystone and 16A, also known as Iron Mountain Road.

Once on the road you’re barely in second gear before the first turn is upon you, the South Dakota air tinged with sunburnt pine in the summer. A few turns later you’re cutting beneath the trusses of the first pigtail bridge, a lacework of brown beams carefully placed according to Gideon’s plans, their rustic design reinforcing the Old West sensation you’ve had since rolling through Keystone. The road doubles back in a complete 360 as it winds up the mountain.

The passage soon crests and funnels to one lane in order to pass through the narrow hollow of Doane Robinson Tunnel. Miners had a big hand in the construction of the road because of tasks like blasting holes through mountainsides.

Not only do the tunnels provide quicker passage, they form a frame around the faces of Mount Rushmore off in the distance, the design as deliberate as the placing of the pigtail’s beams. Can’t think of many places where you can look back and see a larger-than-life Abraham Lincoln staring back at you over your shoulder. 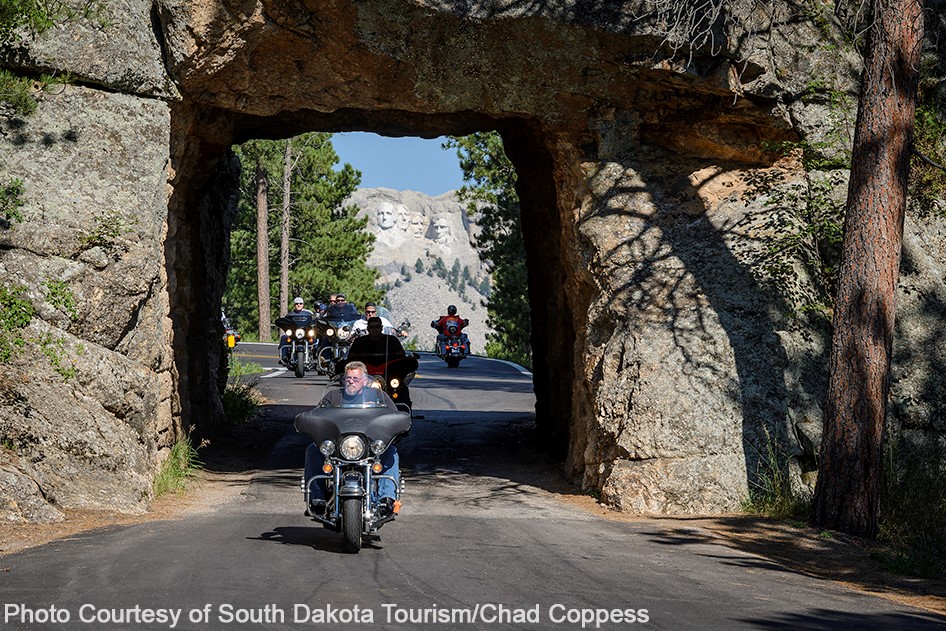 Though I’m sure it wasn’t Norbeck’s intentions, Iron Mountain Road is made for motorcyclists. It’s a bonanza of curves, 314 in 17 miles in fact, 14 switchbacks and three 360s thrown in for good measure. It’s ebb and flow, the type of ride where motorcycles seemingly spend more time on their edges than upright. The experience is best savored slowly, swilled around like a fine wine, because Iron Mountain was designed to immerse visitors fully in the natural wonders of the Black Hills and its landmarks.

To take in the full breadth of its beauty, a pit stop at Norbeck Overlook comes highly recommended. This section of South Dakota is truly where the buffalo roam – as do antelope, deer, and big horn sheep, who all call this area home.

When the road ends, the adventure continues because it’s time to turn around and do it again. The views are even more spectacular in the opposite direction, from the peeks at the presidents through the trees to the manner by which the tunnels frame their faces. 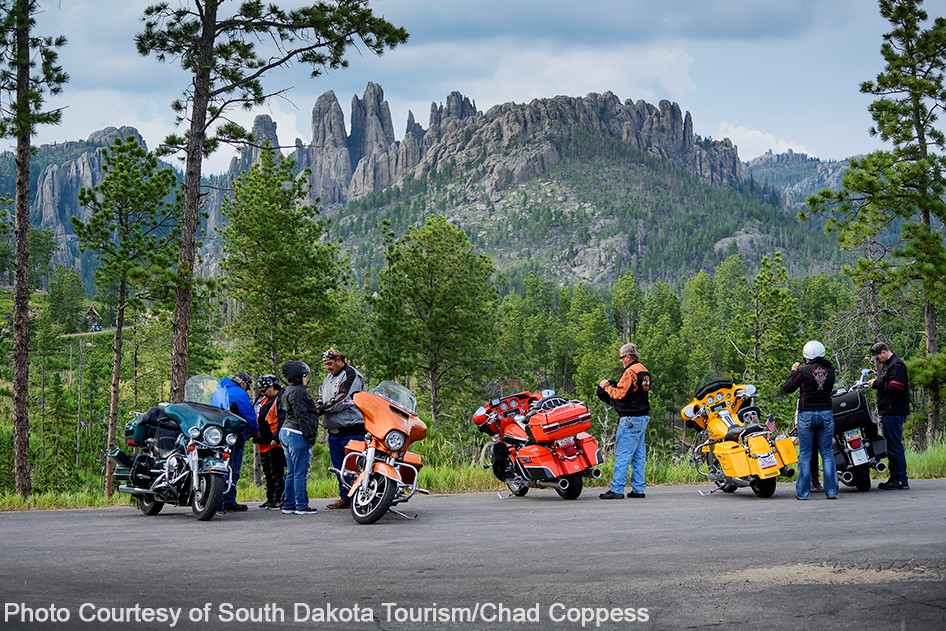 Picking a day ride during Sturgis is no easy task. There’s too many incredible rides to do and not enough time to do them all. But if you can only squeeze one in, it’s hard to beat spiraling pigtails, peeking presidents, rocky tunnels, and 314 curves in 17 miles. 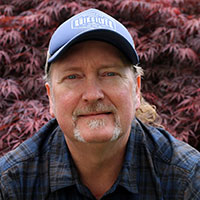 About Bryan Harley
Ten days each August, Bryan calls the Black Hills home during the Sturgis Rally and considers himself an extended member of the Buffalo Chip family. He’s been covering the rally for the past decade thanks to his job as a motorcycle journalist, penning stories for many of the leading magazines. Bryan hails from a small town in Oregon where he and his wife Angelyne have the pleasure of raising two beautiful children (when they’re not out riding motorcycles together!).

Have you rode Iron Mountain Road? Tell us about your experience in the comments below!