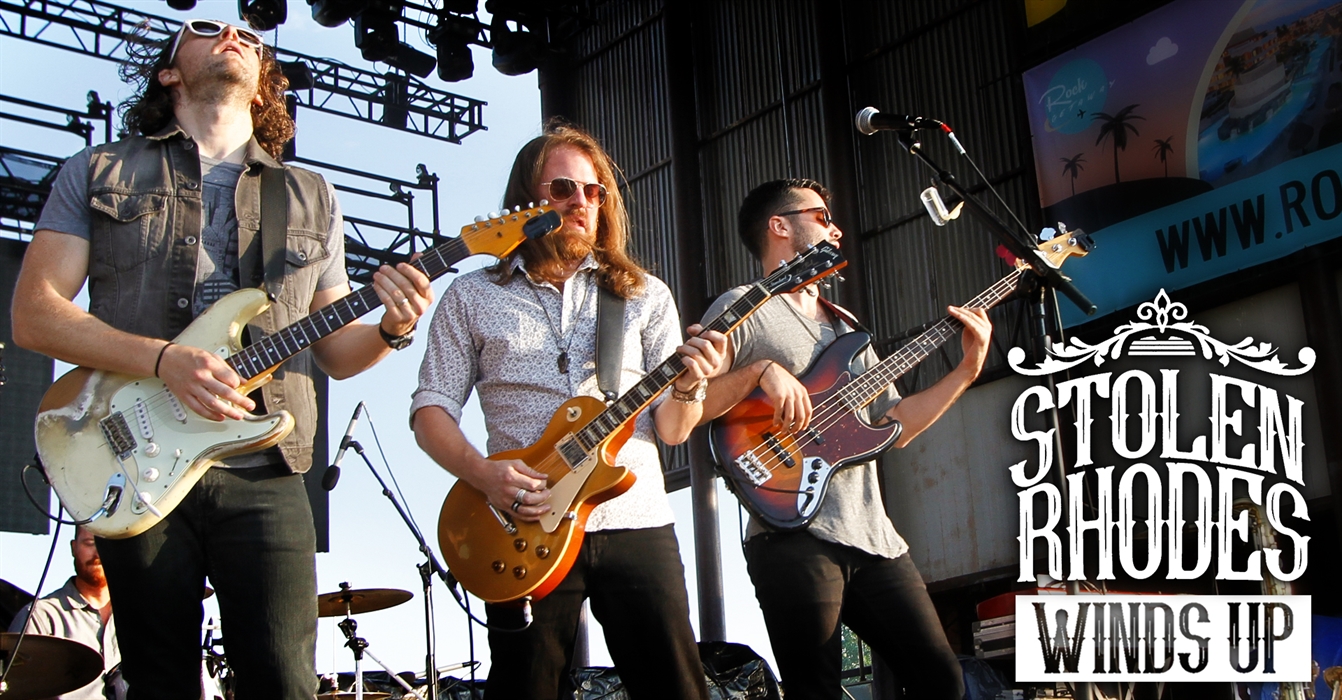 Stolen Rhodes Wind Up Despite the Rigors of the Road

For a touring band like Stolen Roads that plays hundreds of shows each year, landing a three-day residency at the Sturgis Buffalo Chip through ReverbNation in 2017 provided much more than an opportunity to share the bill with some truly legendary acts. It also allowed the band to get out from behind the wheel, reconnect with friends they’d met in years past and take in the Best Party Anywhere® in some of the same ways as you. So how do four hard-working musicians wind up before making their way to the big stage to open up for bands like Blackberry Smoke and Gary Allen? Follow them on their journey to find out.

Getting a feel for the crowd

No matter how many venues a band plays, there’s no other place out there that can prepare you for the vibe—or should we say rumble—of the Largest Music Festival in Motorcycling®. The after hours scene at the Buffalo Chip’s showcase stages is a great way for bands and fans to get up close and personal, and find out what the other is about. 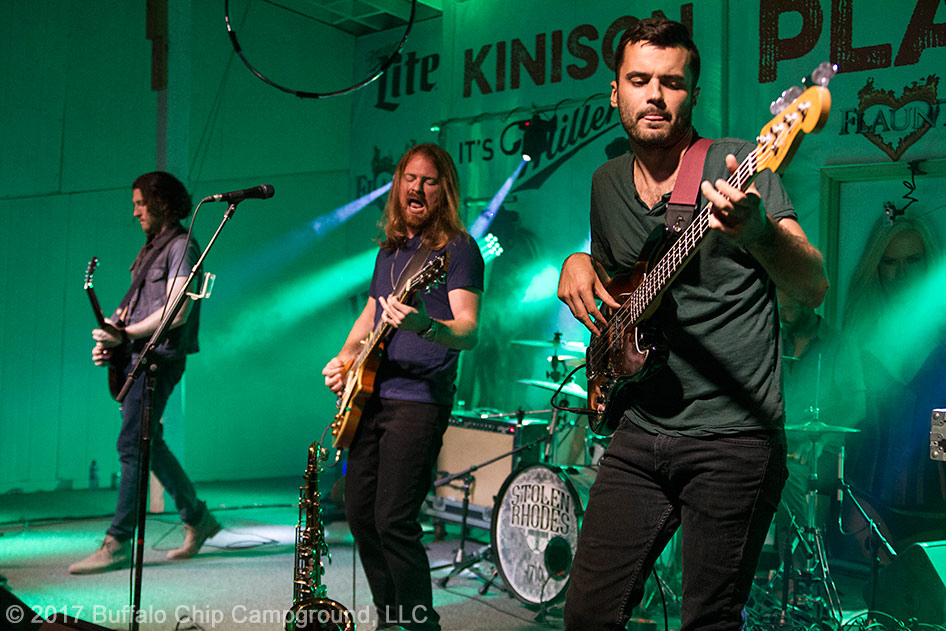 Stolen Rhodes’ midnight sets at Bikini Beach and the Kinison Stage allowed the band to forge one-on-one connections with new fans while rekindling the flame with plenty of diehards. 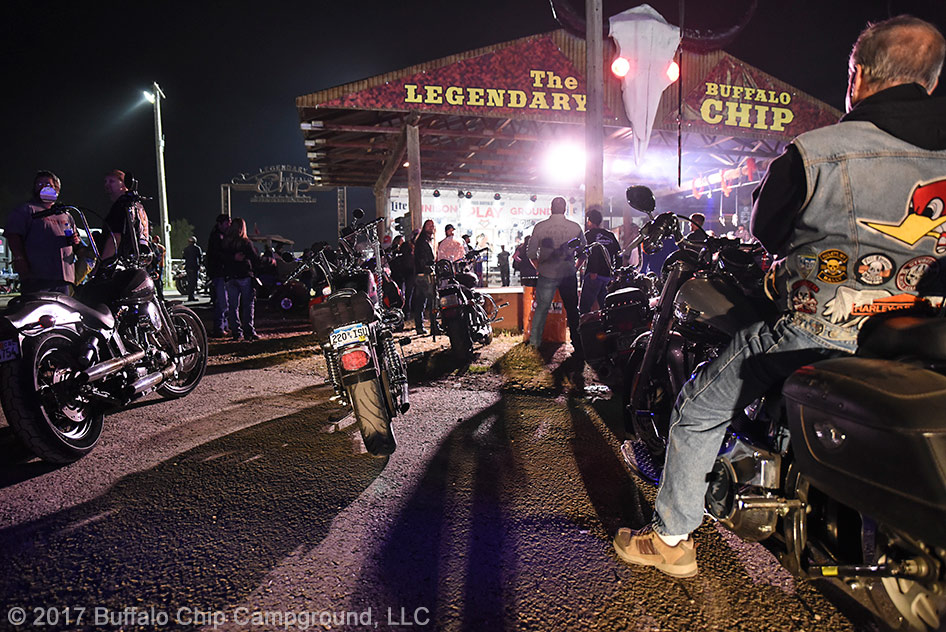 The musical journeys crisscrossed the rock ‘n’ roll landscape, trudged through dirty blues and even took some surprising leaps into playful interludes hearkening greats like Frank Zappa. And when the last note disappeared into the night, Kevin, Matt, Jack and Larry were more than happy to stick around and swap stories with fans like you until long past the bedtimes of any of the stage crew.

Receiving some TLC from the resident barber

The road can take just as much toll on a band touring cross country as it can a biker riding cross country. So it came as little surprise that the guys in Stolen Rhodes were just as eager as bikers to rejuvenate at the brand new Buffalo Chip Barber Shop by American Crew located at the CrossRoads.

After an old-fashioned straight razor shave and a hair cut, the guys were whipped into shape and ready to take on the Wolfman Jack Stage, opening for Blackberry Smoke and Gary Allan. 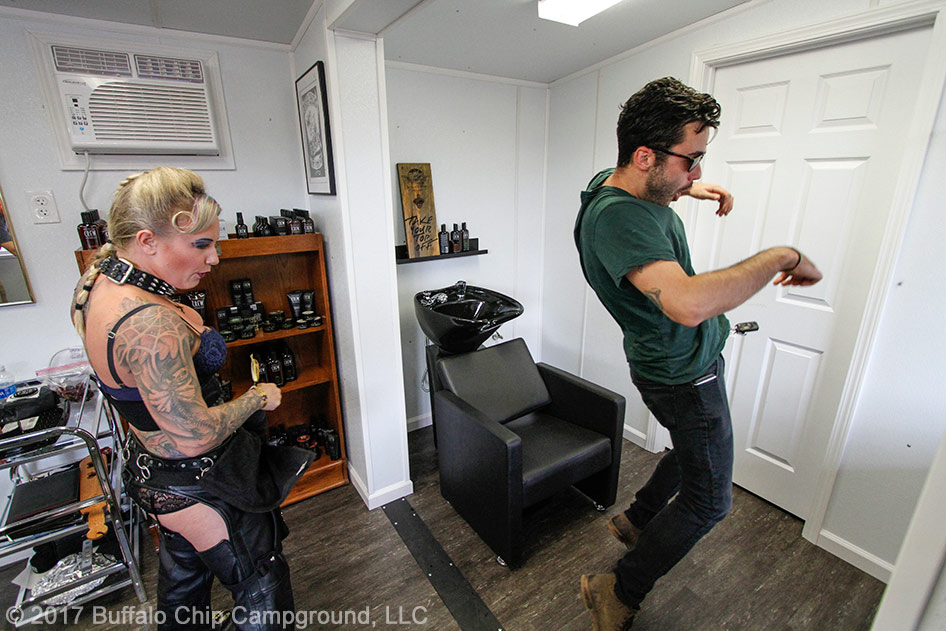 Seeing what the sound can do

Even if their audience was all out exploring the beautiful Black Hills while they were getting a chance to test the state-of-the-art L-Acoustics sound system of the largest stage in the state of South Dakota, it was still pretty damn exciting. 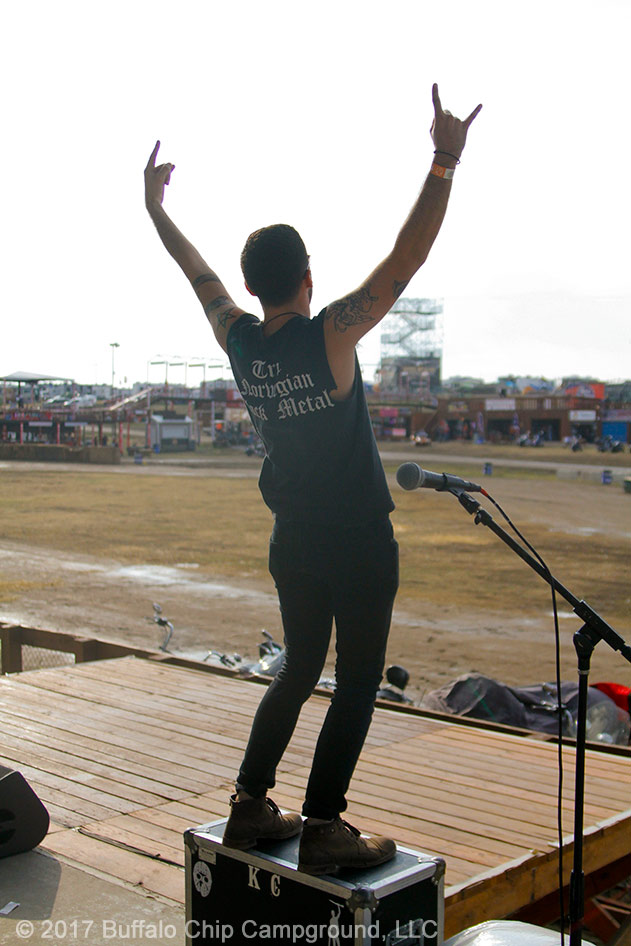 After all, the Chip’s Wolfman Jack stage has hosted icons including Lynyrd Skynyrd, The Allman Brothers, Willie Nelson, Bob Dylan and many, many others.

Continuing in the footsteps of countless celebrated acts, Stolen Rhodes spent some time on the couch backstage in Studio 14 to recount some of their Buffalo Chip experience. See what they thought of the experience and check out a portion of their performance in the video below!

When all was said and done, the band wrapped up the show, packed up their gear and spent the rest of the night rocking out with Gary Allan, Blackberry Smoke and all the rest of you. 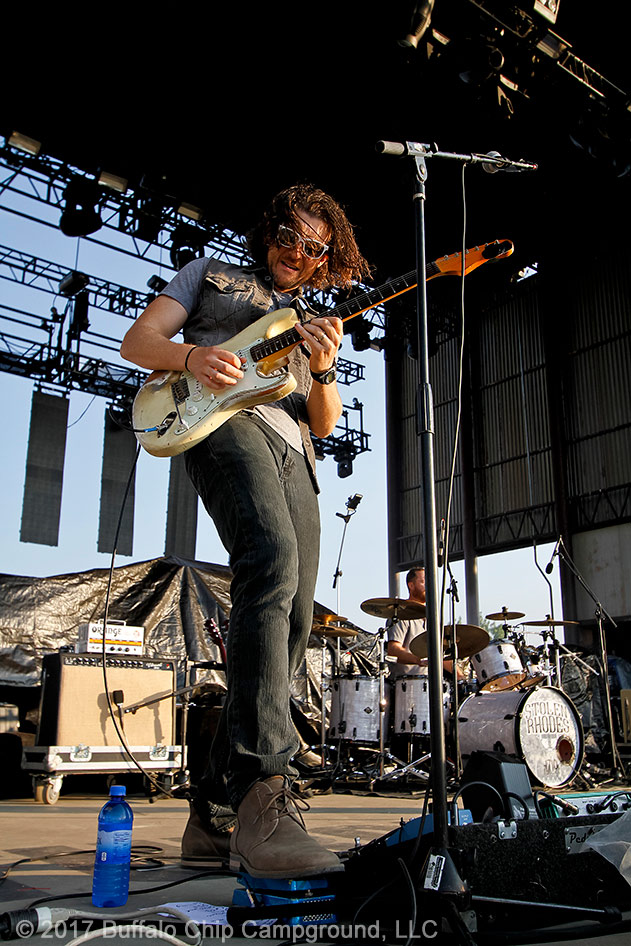 HEY! Do you a band that’d love to be a part of the Largest Music Festival in Motorcycling in years to come? Are you in one yourself? You can have an experience like Stolen Rhodes. To be notified of when the Buffalo Chip starts accepting band submissions for the upcoming festival, please send an inquiry to [email protected].

Did you get down with Stolen Rhodes during the party at the Sturgis Buffalo Chip? Tell us about it in the comments below! 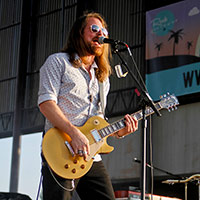 Presented by the Sturgis Buffalo Chip
Known as The Best Party Anywhere®, the Legendary Buffalo Chip believes festivals should be fun like a high five, reenergize you like a broken rule, and romance you like someone you just met and have to take home.This nine-day festival of concerts and motorcycle events promises to bring you exciting events like flat track races and live performances from artists like Aerosmith, Willie Nelson, Five Finger Death Punch, Kid Rock, Rob Zombie and many more.