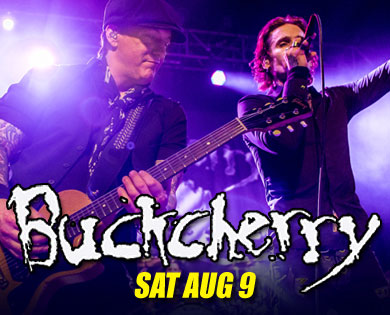 Buckcherry Riles Up Sturgis Rally with Raucous Rock on Aug. 9

Be There as the Chip Ups the Ante for the Final Night of the August Music Festival!

Fans of in-your-face, no frills rock ‘n’ roll, get ready to rage! Buckcherry will be bringing its punk grit, gutter attitude, honest storytelling and razor-sharp hooks to the Largest Music Festival in Motorcycling™ during the 2014 Sturgis Rally. The rebellious rockers will be storming the legendary Wolfman Jack Stage on Saturday, Aug. 9, to close out the Chip’s final night of Sturgis concerts following performances by Sevendust and A Course of Action.

Buckcherry’s flawless songwriting and unflinching demeanor has forever embedded them in the collective pop culture consciousness. The band’s unrelenting Rally performance will show you what it’s like when the punk and classic rock worlds collide to create hits like “Sorry,” “Next 2 You,” the immortal party anthem, “Lit Up,” and the international platinum-selling phenomenon, “Crazy Bitch.” 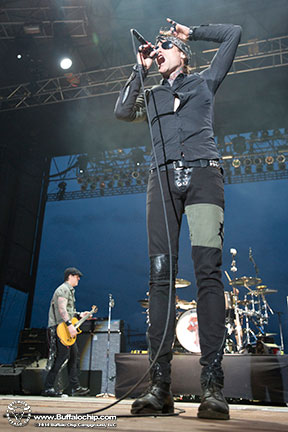 This is one Sturgis Rally party your friends will never let you live down for missing. So be there when the Chip’s August music festival goes out with a bang! Go out riding high and reserve your passes now!
Have a favorite moment from a past Buckcherry concert? Tell us about it in the comments below!

“Love the Chip. Tons of room, you can ride your bike in, awesome concerts and clean, attended bathrooms! Hands down, the best!” – Dani Small