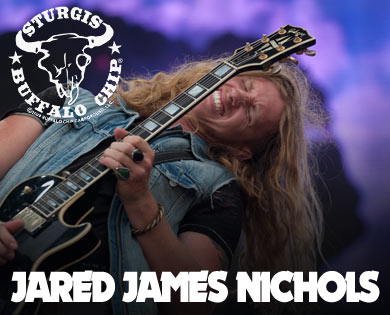 The celebrated blues guitarist of our generation has arrived, and his name is Jared James Nichols. You won’t know what hit you when this emerging 23-year-old singer, writer and performer shows off his mind-blowing chops on the legendary Wolfman Jack Stage, Sunday, Aug. 3 prior to Collective Soul and Lynyrd Skynyrd!

Nichols’ sound is self-described as “Blues Soul Power,” but to those who have seen him perform, he is simply known as a “shredder.” His gritty vocals and face-melting riffs are something he’s been perfecting since childhood. Nichols began idolizing Stevie Ray Vaughan at a young age–having grown up just down the street from Alpine Valley Resort, the location of the late blues master’s first and final performances. Nichols started attending local Milwaukee and Chicago blues jams at the age of 13, learning from some of the nation’s finest. And by the age of 21, the blues powerhouse had 500+ gigs under his belt.

Today, a long list of accolades proves that all of Nichols’ hard work is paying great dividends. His honors include winning the 2010 Jerry Horton Guitar Contest and 2011 Les Paul Tribute Contest, receiving Musicians Institute’s 2011 Outstanding Guitarist Award and being featured in both Guitar World and Guitar Player magazines. Nichols has played prestigious venues and events across the nation including Harley-Davidson’s® 110th anniversary in Milwaukee this past summer, and there’s no sign of him slowing down!

This is an artist teetering on the cusp of an enormous breakthrough. Don’t miss your chance to look back on this show and say, “I can’t believe I was there to see Jared James Nichols perform at the Chip just before he became a superstar!” Reserve your passes now and let Jared James Nichols leave a lasting imprint on your mind as well as your soul!

Were you lucky enough to see the epic night of 2013 Sturgis concerts that featured Jared James Nichols, Kid Rock and the Doobie Brothers? Tell us your favorite memory from that night in the comments below!

“Already booked again for 2014—my fifth year in a row. Need I say more?!” – Dave Stevenson 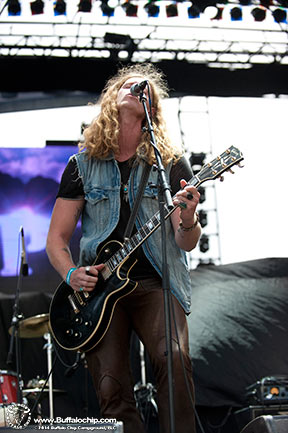