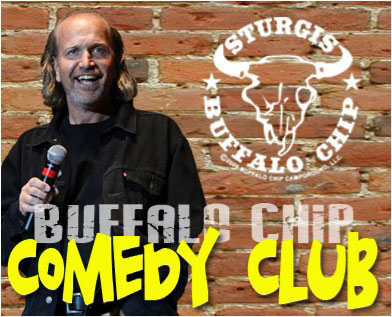 “Hope you like jokes, cause here we go…” In one hilarious unexpected turn after another, Dwight York will crash straight into your funny bone during the Sturgis Rally with his crude and quick one-liners. Take a load off at the Buffalo Chip Comedy Club and catch this ridiculously raunchy comic’s nightly stand up performances.

Dwight York started performing stand-up in 1989 and quickly became one of the hottest upcoming comedians in Minneapolis. The comic hasn’t stopped performing and comedy clubs, competitions and bars since. York’s unique style and timing of one-liners has made him a highly regarded competitor in many comedy competitions. It also has helped him to get invited several times to be a guest on the popular nationally syndicated radio program, “The Bob and Tom Show.”

Want a taste of what you can expect from one of Dwight York’s stand up routines? Here’s a look at some of his classic material:

“Relationship experts claim you can’t change a person; I think that’s bullshit. When I first my met girlfriend, she was nice.”

“I had a date once with a woman cop. Course I had no idea she was a cop…she was dressed up like a prostitute.”

“Some women look better with their clothes on. Not my girlfriend. She looks just as bad.”

“I was stopped by a cop once; he asked me if I had any outstanding warrants. I told him I thought that a couple of ’em were pretty good.”

Get in on the vulgar contemplations of Dwight York during the Sturgis Rally by reserving your passes to Best Party Anywhere™ now!

Got some one-liners of your own that you think are pretty funny? Well, don’t be shy. Give ‘em a go in the comments below and find out what other people think!

“I will be 100 years old in a wheelchair and still will be [at The Chip] for sure…of course will have killer engine on my wheelchair by then.” – Puffnallawolfie Suziatto 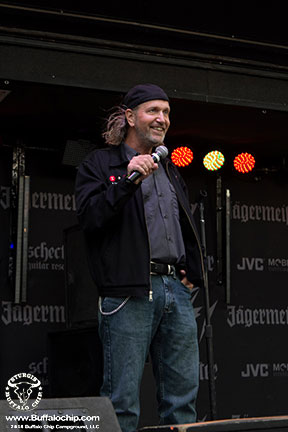