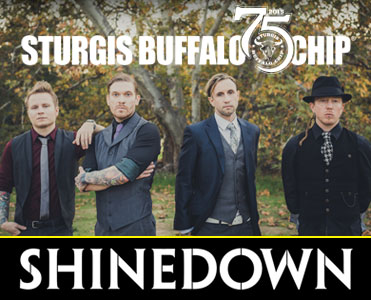 Get ready for a ruckus when Shinedown’s hard rock spectacle of powerful vocals and guillotine guitar riffs ignites in one of the year’s most explosive Sturgis concerts. The Florida hard rockers will descend on you during the Buffalo Chip’s August music festival Tuesday, Aug. 4, 2015. 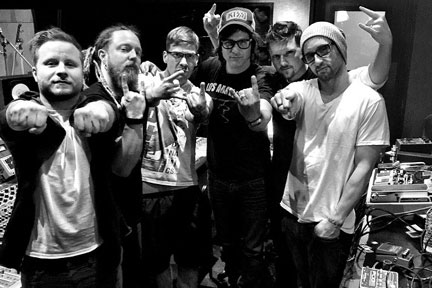 Expect to be blown away by impassioned performances from the band’s substantial body of hits, which includes “45,” “Fly from the Inside,” “Save Me,” “Sound of Madness,” “The Crow & the Butterfly,” “Bully,” and many more. And who knows? With Lynyrd Skynyrd also playing the legendary Wolfman Jack Stage that evening, maybe a special performance of “Simple Man” is in order.

Shinedown has become a household name since their platinum 2003 debut “Leave a Whisper.” Together with their subsequent three releases, Shinedown has sold over six million albums worldwide. The band is in the studio and plans to release their currently untitled fifth album this year, possibly by late July or early August.

The Largest Music Festival in Motorcycling™ just got even hotter because Shinedown’s alternative metal packs the intensity of an inferno into a single note. Can you handle a little fire? Reserve your passes today!

Tell us how excited you are to see Shinedown at the largest bash in Sturgis history in the comments below!

“Had the time of my life! My face hurt at the end of the week from smiling. Met people from all over the world, good people.” – CH