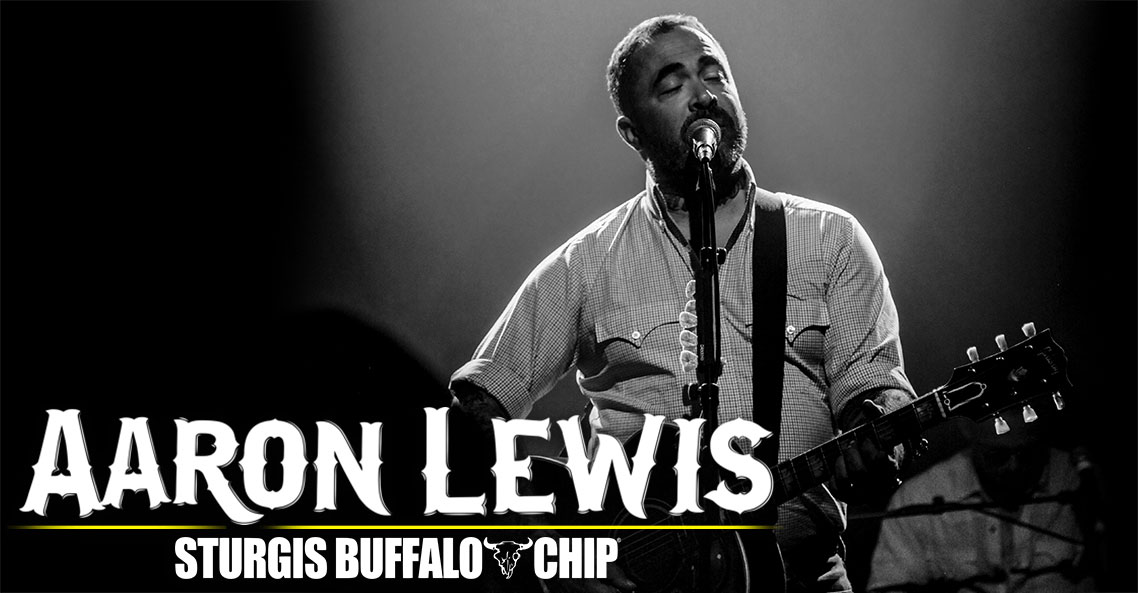 Kick up dust and knock back something stiff with all your friends as rocker-turned-outlaw country artist Aaron Lewis fills the sweet South Dakota August air with his crossover country rock hits after a performance from The Marshall Tucker Band on Tuesday, Aug. 7, 2018!

Your patriotism will be riding high as Lewis belts his honest and downhome tunes like “Country Boy,” “Northern Redneck,” “Granddaddy’s Gun,” “That Ain’t Country, “Whiskey And You,” “Folded Flag,” “Sinner,” and more.

Aaron Lewis’s crossover sound has made him one of modern outlaw country’s fastest rising acts, capturing fans from the spectrums of both rock ‘n’ roll and country music. His talent has also earned him the respect of outlaw country icons, evidenced by his collaborations with artists like Willie Nelson, Charlie Daniels and George Jones.