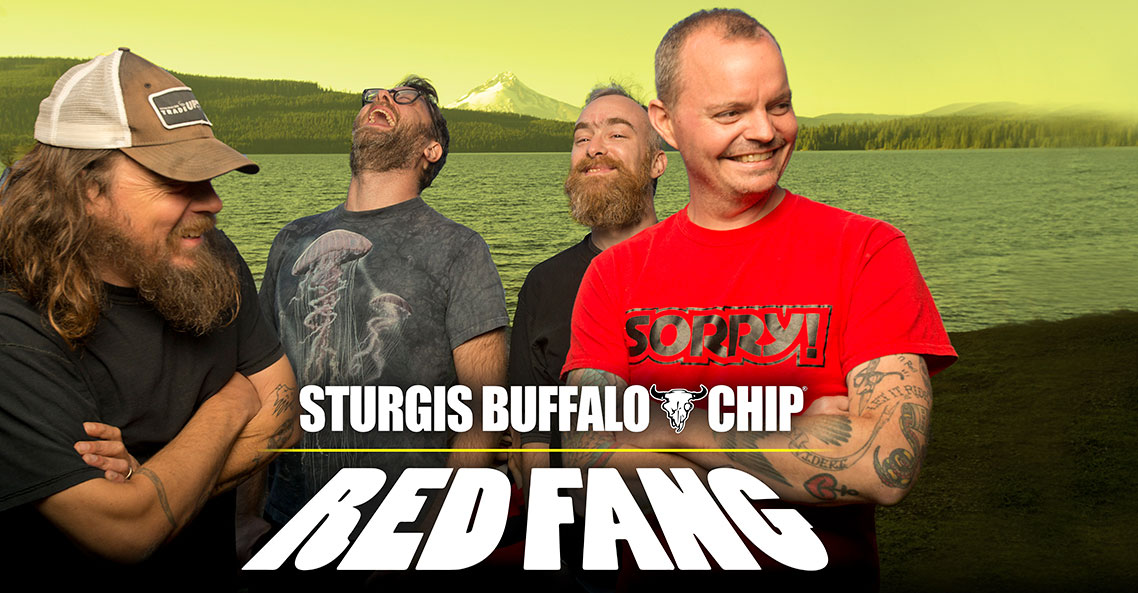 Tilt Your Head Back and Howl Like a Prehistoric Dog

Sink your fangs into a potent concoction of retro metal-inspired riffs, progressive psychedelia and hooky melodic choruses. Portland, OR-based psych metal quartet Red Fang will crank the hypnotic sludgy vibes to eleven from the Wolfman Jack Stage on Friday, Aug. 9 prior to a headlining performance from Volbeat, and when they do you’ll want to tilt your head back and howl like a Prehistoric Dog.

Red Fang has been tearing up venues and festivals around the world since they released their self-titled debut album in 2009. The band has toured alongside and shared festival stages with some of the biggest names in rock music like Disturbed, Godsmack, Mastodon and many others while developing a feverish cult following among the underground and psych metal communities for their wild live shows and over the top music videos. Fall into a trance and rage to tunes like “Prehistoric Dog,” “Wires,” “Hank is Dead,” “Flies,’ “Blood Like Cream,” and many others.

August 9th is going to be a heavy night. Can you withstand the sheer force of unadulterated, wide-open rock and roll power? Don’t miss this wild night of killer heavy rock. Reserve your passes today!