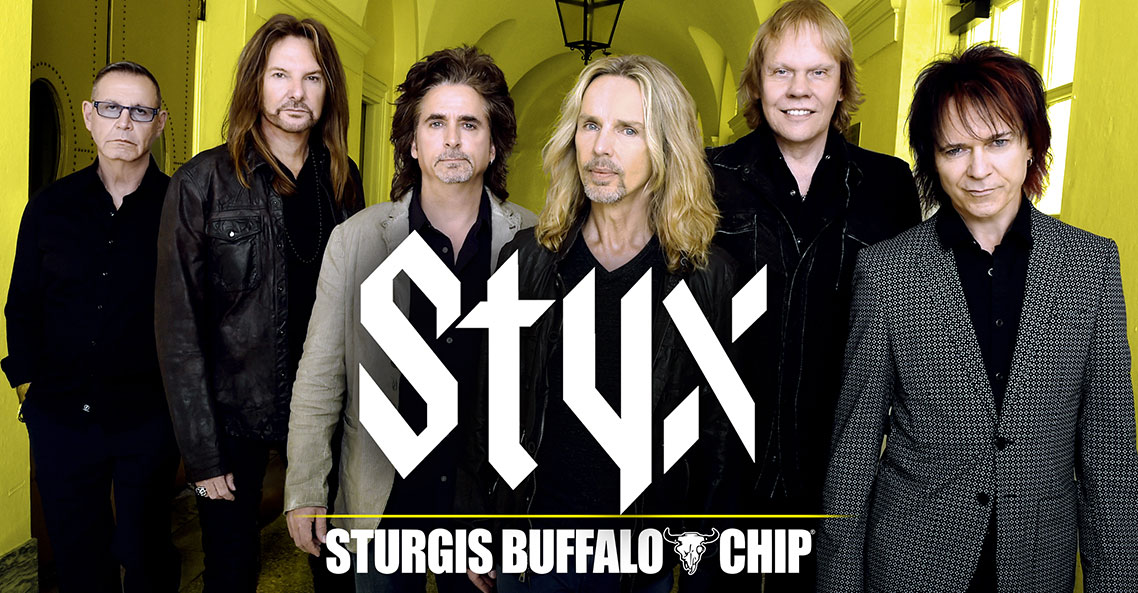 Styx Concert during the 2019 Sturgis Rally

Launch your party into overdrive with one of the most celebrated progressive rock bands of all time– Styx! These mind-blowing musicians will fill the air with their massive prog/arena rock sound on Monday, August 5, 2019, and you’ll be having The Best of Times when they do!

Styx enjoyed superstar status throughout the late ‘70s and ‘80s as the first band ever to release four consecutive multi-platinum albums. 1977’s “The Grand Illusion,” “Pieces of Eight” and “Cornerstone” in 1978, and “Paradise Theater” in 1981 produced some of the biggest hits of the band’s career. “Come Sail Away,” “Fooling Yourself (The Angry Young Man),” “Blue Collar Man (Long Nights),” “Renegade,” “Boat On The River,” and “Too Much Time On My Hands” are just a few of the monster hits to come from this string of massively successful albums.

The band is currently touring in support of their sixteenth album, 2017’s “The Mission,” which is their first album of original released since 2003. “The Mission” is a concept album telling the story of a mission to Mars in the year 2033, and it is overflowing with the elite musicianship and outer space-sized hooks that Styx is massively famous for.

Don’t miss one of the year’s most incredible concerts during the Sturgis Rally from one of rock ‘n’ roll’s most renowned bands. You’re fooling yourself if you think there’s another concert you should see on August 5, so reserve your passes today!

Have you ever sailed away with Styx? Tell us about it in the comments below!