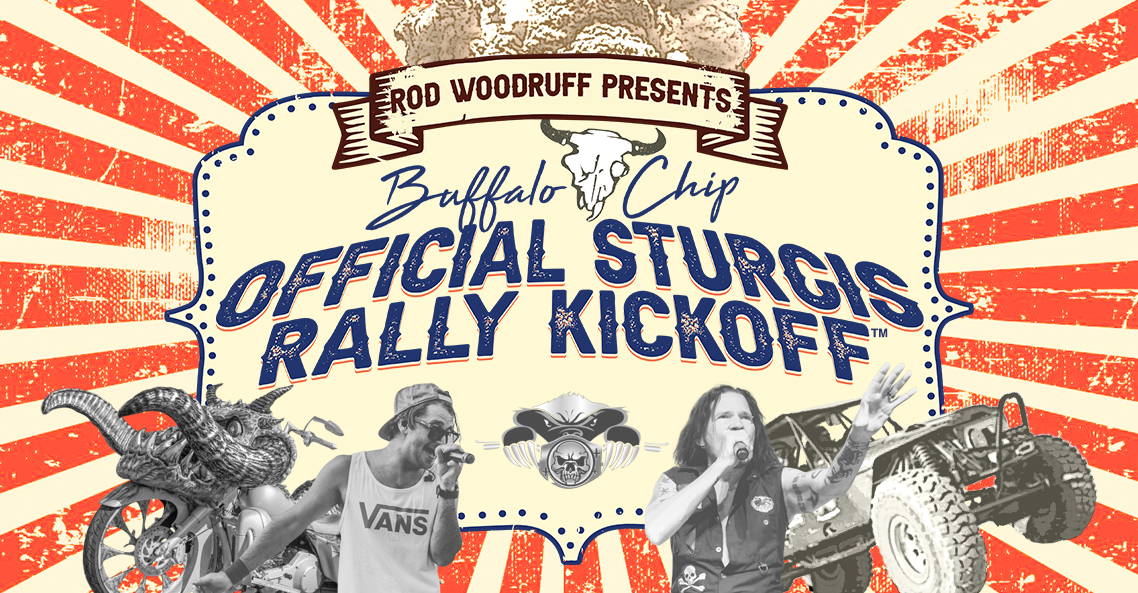 There’s no such thing as being fashionably late when it comes to the Sturgis Motorcycle Rally. This official party kicks off with a bang on Friday, Aug. 5 at the no. 1 Sturgis Rally destination—the Sturgis Buffalo Chip!

The Chip kicks off the 82nd Sturgis Rally the right way with a parade of motorcycles, the Star-Spangled Banner, The Rally Roar, a Beer Wall Smash Stunt, and entertainment from Quiet Riot and Judd Hoos. The kickoff party is when our fuse of anticipation finally touches the powder keg.

Incredible motorcycles from renown builders, UTVs from the Buffalo Chip’s Ultra4 Off-Road Races and beloved Chip characters will fill the amphitheater with enough excitement and energy to power the Largest Music Festival in Motorcycling® for nine full days! 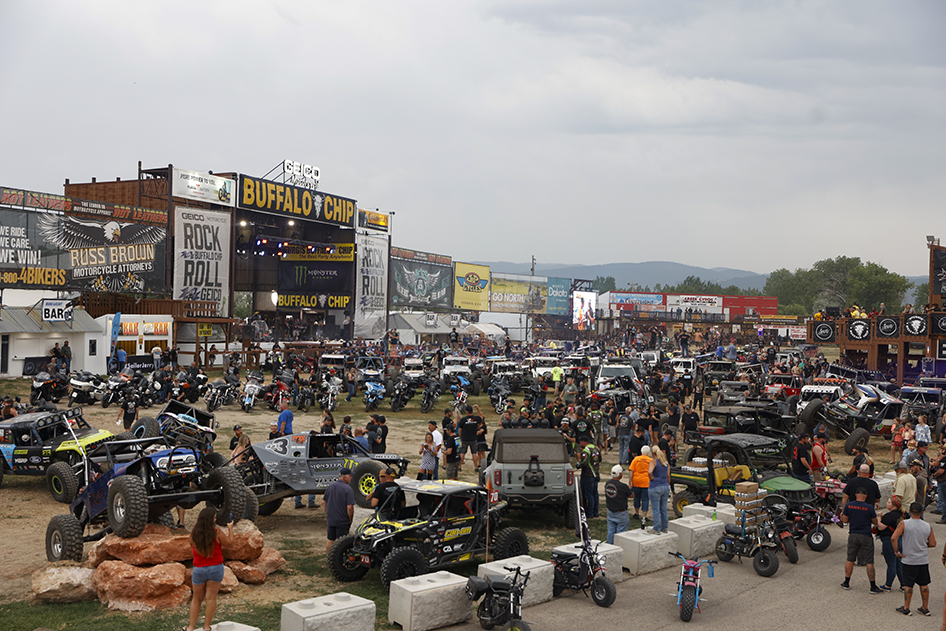 Though they may be the smallest vehicles in the procession, two mini bikes piloted by Daymon Woodruff and Big Joe Mielke will serve as the parade’s grand finale when they explode at top speed through a wall of tallboys. Make sure to be nearby if you’d like to assist with cleanup efforts and finish the sacrificial remains. 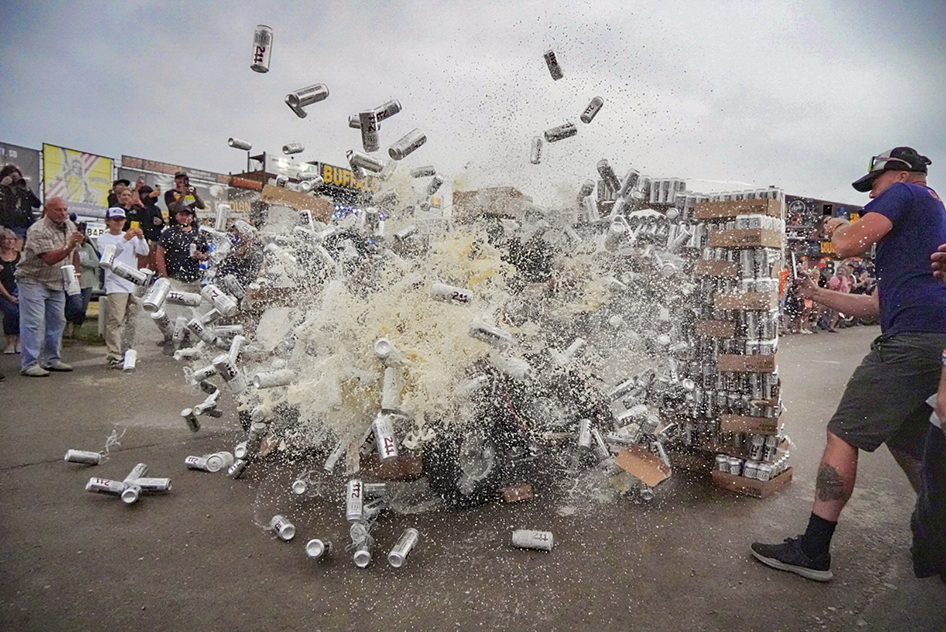 What is THE RALLY ROAR you ask? Get your bike to the front of the stage, throttle up and kickoff the rally with a ROAR! 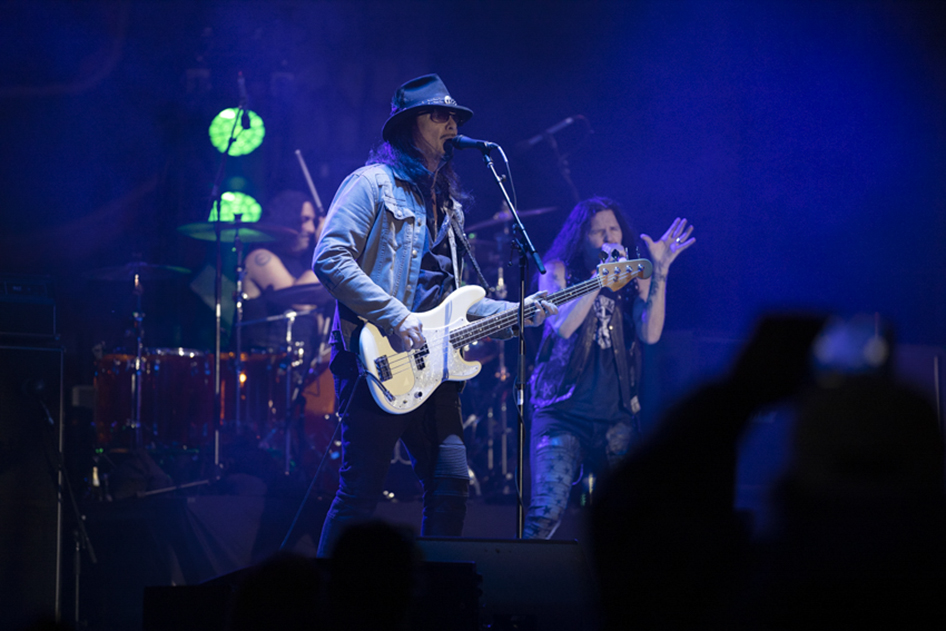 Don’t miss your chance to be part of history in the making as the Buffalo Chip pulls out all the stops to kick off the 82nd in style. Kick off the largest music festival in motorcycling with the best night of your life. Reserve your passes now!