Sturgis, S.D. (July 22, 2021): Attendees of the Sturgis Motorcycle Rally’s premier charity event will have the chance to meet South Dakota Governor Kristi Noem when she joins the Sturgis Buffalo Chip’s Legends Ride festivities on Monday, Aug. 9 in historic Deadwood. Noem will also make an appearance in one of the Legends Ride’s most valuable auction items, the brand-new piece “True Grit” by David Uhl.  Legends Ride attendees will have the opportunity to bid on the painting that depicts the Governor and her horse, Ice, during the annual Custer State Park Buffalo Round Up. Both Noem and Uhl will be on hand to see this piece auctioned off to benefit the non-profit organization Treasured Lives, a survivor-focused anti-trafficking organization that provides advocacy, education, crisis care, peer mentoring along with a variety of other survivor needs. 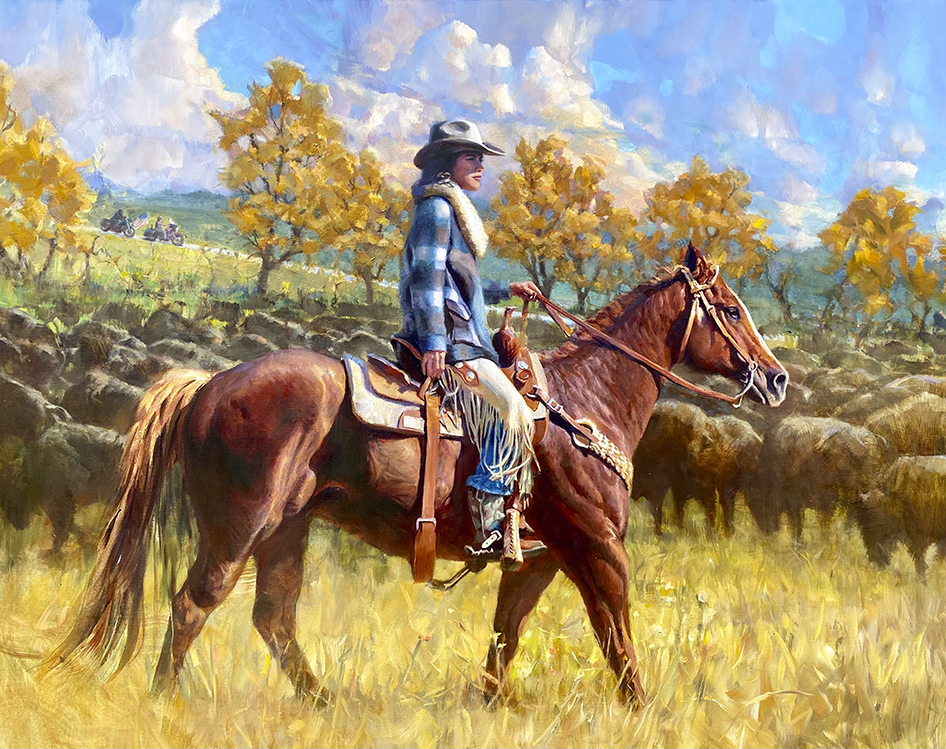 “For over two decades, I have chronicled what has been called the “American freedom machine,” said David Uhl. “As 2020 wore on, for obvious reasons my livelihood was cancelled with one exception: The Sturgis Rally. Not only did the show go on but it was the only uplifting event I experienced the entire year. I wanted to present a piece of fine art to honor the person responsible for allowing my program to survive such a tumultuous time. This is my way of saying thank you. I am extremely grateful that I was allowed to keep my Fine Art program afloat.”

“To have Governor Noem joining the Legends Ride and helping us raise money for worthy causes is a true honor,” said Rod Woodruff, President of the Sturgis Buffalo Chip. “The lucky individual who takes home David Uhl’s masterpiece will be acquiring a valued piece of South Dakota history. Having Governor Noem present for the auction of this piece will be something everyone in attendance will remember forever.” 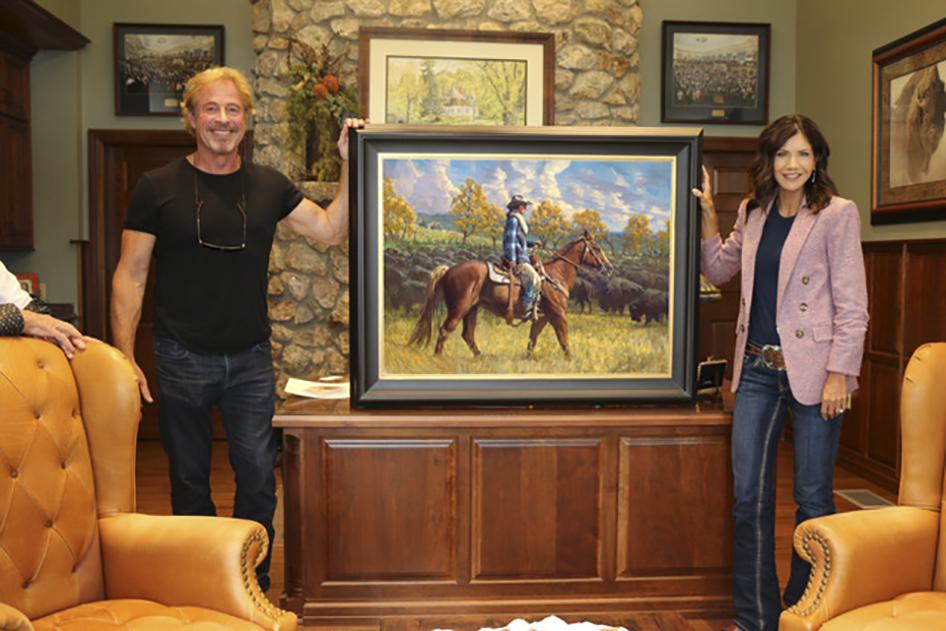 Legendary rides are just a part of what the Sturgis Buffalo Chip has in store for its 40th Anniversary in 2021. Visitors will have the opportunity to experience countless events, including performances from the world’s top entertainers, powerful freedom celebrations, top-tier bike shows, white-knuckle racing events and so much more. All events are held outdoors in an open environment for the safest experience possible. Entertainment is free with camping. A full list of Sturgis Buffalo Chip events is available at BuffaloChip.com/EVENTS. The Buffalo Chip is home to the Sturgis Rally Information Center™ and is the official sponsor of the free Sturgis.com Official Sturgis Rally Registration Program.

From Ashes To New

About the Sturgis Buffalo Chip