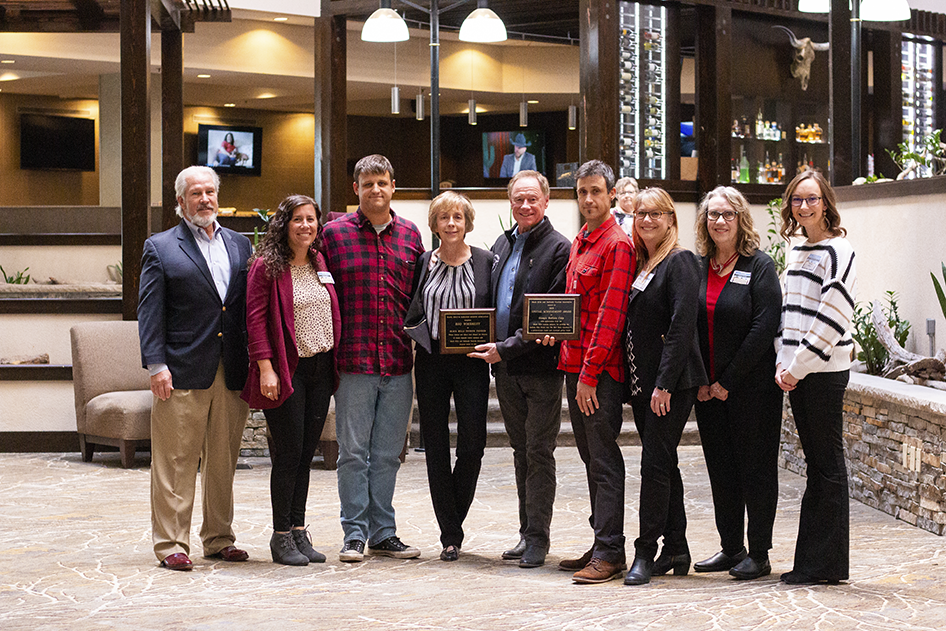 Sturgis, S.D. (October 28, 2021): The Sturgis Buffalo Chip joined the ranks of top tourism destinations on Wednesday when it received two awards presented by the Black Hills & Badlands Tourism Association during the organization’s annual meeting. Buffalo Chip founder and president Rod Woodruff accepted the Pioneer Award, which honors an individual whose devotion and passion have greatly influenced the Black Hills visitor industry. The Sturgis Buffalo Chip received the Special Achievement Award, an award reserved for a person, event, organization or business that has significantly impacted the Black Hills and Badlands region’s tourism economy.

“We’re honored to be recognized alongside all the incredible pioneers and businesses who have accepted these awards in the past,” said Rod Woodruff. “We’re proud to have an impact on the tourism industry here, and we will continue to promote the tourism of this great region and this great state.” 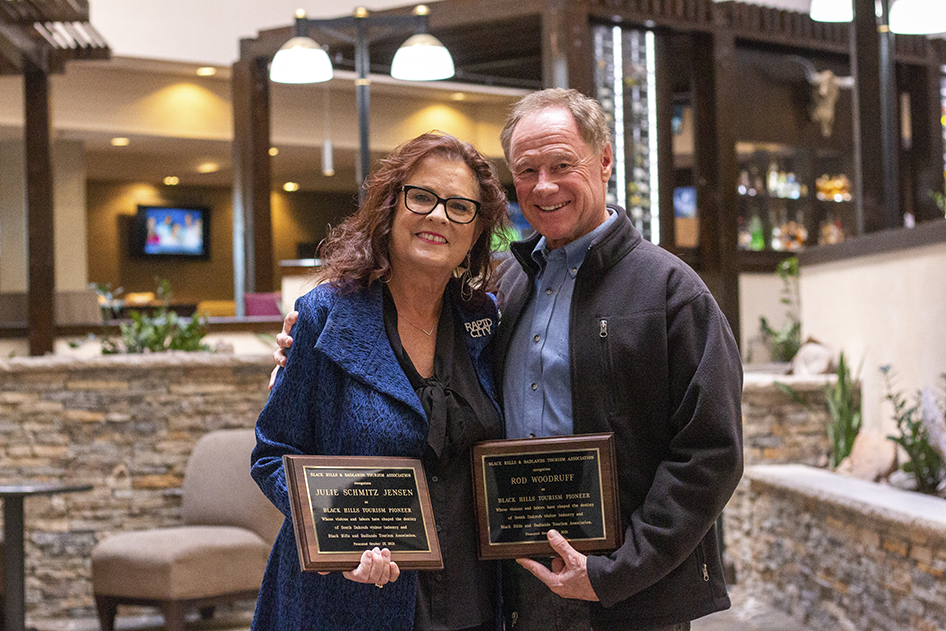 As president and CEO of the Sturgis Buffalo Chip, Woodruff has devoted the past 41 years to building the world’s leading entertainment destination for the motorcycle enthusiast. Passionate about saving the rally after bikers were removed from Sturgis City Park, he has welcomed millions of motorcyclists from every state and nearly 30 countries to attend annual events at the Buffalo Chip.

For 41 years, the Sturgis Buffalo Chip has been the single largest promoter of the Sturgis Rally. Each year, the venue spends millions of dollars to bring people to the Black Hills of South Dakota and provide them with larger-than-life experiences that impart a desire to return again, oftentimes with their friends and family.

The 41st annual Sturgis Buffalo Chip Music and Motorcycle Festival is set for Aug. 5-14, 2022. See the full schedule of events at BuffaloChip.com/EVENTS.

About the Sturgis Buffalo Chip