Some of Hollywood’s brightest stars and motorcycling’s top industry leaders will hit the road with riders at the 2017 Legends Ride presented by GEICO Motorcycle, and meet and mingle with a select few at a special lunch.

Sturgis, SD (June 20, 2017) – Some of Hollywood’s biggest stars will be joining the Buffalo Chip’s milestone 10th Anniversary 2017 Legends Ride and entertaining guests at the Legends Lunch in Deadwood, S.D. on Monday, Aug. 7, making the events two of the hottest tickets of the rally. In addition to having long been known as the place to catch celebrities as they mingle with riders, this signature Buffalo Chip charity event also generates significant funds with 100 percent of rider fees donated to South Dakota Special Olympics and the Sturgis Motorcycle Museum. The 10th Anniversary, 165 horsepower performance-styled Harley-Davidson Dyna Low Rider customized by S&S Cycle and other unique items will be auctioned in support of the Legends Ride on Deadwood Main Street shortly before the ride departs. The addition of the separately ticketed five-course Legends Lunch at Deadwood’s Franklin Hotel’s Legends Restaurant has added an opportunity for some real face-to-face time with celebrities in an intimate setting. Proceeds from the 2017 lunch will be donated to the Infinite Hero Foundation and the Sgt. Colton Levi Derr Foundation.

The Stars Come Out

Academy Award-nominated and Emmy Award-Winning actor Tom Berenger will be joining the ride as honorary Ride Captain and taking a seat with a few lucky riders at the elite Legends Lunch. Berenger has starred in a long list of Hollywood’s biggest hit movies and TV shows, and is most well-known for his roles in “Platoon,” “Major League,” “The Hatfield’s & McCoys,” “Inception,” “Sniper,” “Training Day” and “The Big Chill.” Berenger also stars in the movie “American Dresser,” which was partially filmed at the Buffalo Chip and is set to be released in theaters this summer. 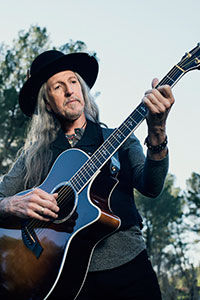 Grammy Award-winning singer, songwriter and musician Pat Simmons of The Doobie Brothers will be enjoying the five-course meal and chatting with the limited few who purchase Legends Lunch tickets. Simmons wrote “Black Water,” the first of a long string of the band’s hits that includes “What a Fool Believes,” “Real Love,” “Long Train Runnin’,” “The Doctor,” “China Grove,” “Jesus is Just Alright,” “Listen the Music,” “Minute By Minute,” and many more. He may also be seen at the Legends Ride auction on Deadwood’s Main Street. 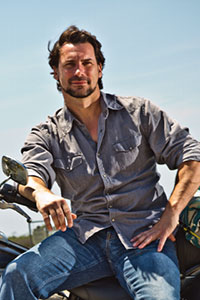 Screen writer, actor and producer Carmine Cangialosi will be hanging out and riding through the Black Hills with Legends riders and will also be making new friends at the Legends Lunch. He wrote and has a starring role in the new movie “American Dresser.”

Actor Zahn McClarnon, best known for his roles as Hanzee Dent in the TV series “Fargo” and as Tribal Police Chief Mathias in the TV series “Longmire,” will also join Legends Riders. McClarnon has also appeared in “Into the West,” “Timeless,” AMC’s “The Son” and many more. 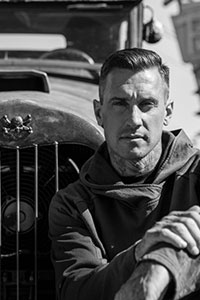 Famed custom bike builder and freestyle motocross racer Carey Hart will help lead the ride. He has competed in the Gravity Games and picked up several gold and silver medals in the X Games. He was featured in the A&E show “Inked,” hosted the X Games for ABC, was a cast member on the VH1 reality show “The Surreal Life,” and appeared in the movie “Charlies Angels: Full Throttle.” He competed in the Lucas Oil Off Road Racing Series, and has been featured in nationwide ad campaigns for Ford Motor Company, Dunkin’ Donuts and Mountain Dew. He is married to singer Pink.

The Reasons Behind the Ride and Lunch
In an effort to help create a permanent athlete training facility for Special Olympians in the Black Hills, $100,000 in future Legends Ride fees have been pledged to renovate an existing facility to meet the growing needs of the organization. The 127 Special Olympians who are members of the “Rapid City Flame” team have been training in various borrowed locations over the past few years, but they are in need of a facility that will offer team members a sense of permanence and accomplishment. For several years, Legends Ride contributions were used to purchase a van to transport participants to practices and events; now the need for a facility is a priority. The Ride proceeds are split with the Sturgis Motorcycle Museum and dedicated for future expansion. Proceeds from the Lunch will benefit the Infinite Hero Foundation and the Sgt Colton Levi Derr Foundation. This local charity is dedicated to assisting returning soldiers and suicide prevention. Sgt. Derr, a Sturgis, S.D. native, took his own life after completing over 500 combat missions.

The 10th Anniversary, 165-170 horsepower performance-styled Harley-Davidson Dyna Low Rider customized by S&S Cycle and other unique items to be auctioned in support of the Legends Ride
Special Olympics Team is on hand to cheer on the riders and auction participants

Multiple Grammy Award-winning band, The Doobie Brothers, Jjmmie Bratcher and a band to be announced this Thursday will take the main stage

High Profile Event
The Legends Ride is truly iconic. Its high-profile celebrity appeal has been featured on CMT, the National Geographic Channel, the Tonight Show, FX Network and the Travel Channel, as well as in countless print, online and newspaper articles.

Those wishing to meet, ride and party with the stars, all while raising money for worthwhile charities, may contribute and participate in the 2017 Legends Ride by going to LegendsRide.com or calling 605-347-9000. Those wishing to be served a five-course meal complete with wine and cocktails, premium motorcycle parking and personal time with the stars at the Legends Lunch may call 605-347-9000. Tickets for the Legends Lunch are $625 per person and are limited to the first 22 people to make reservations.

About the Legends Ride
The Sturgis Buffalo Chip’s Legends Ride is dedicated to bringing rally goers together to raise significant funds for local charities. Having raised over $480,000 for charity since its inception in 2008, the Legends Ride has played host to some of the biggest names in television, film, music and motorcycling, along with riders from all corners of the world.