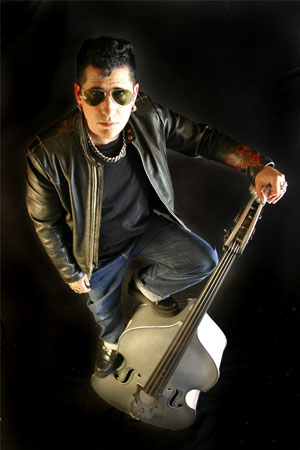 Rod Woodruff ramped up the party at the Legendary Buffalo Chip with a healthy dose of rockabilly when he announced today the inclusion of Lee Rocker to the Buffalo Chip’s stellar lineup with a performance on Friday, Aug. 6 three days prior to the official start of the 70th Annual Sturgis Motorcycle Rally.

Known best for a rockabilly/blues slap bass style of his own invention, Lee Rocker is revered worldwide as one of the most influential rockers of the past three decades. As a founding member of The Stray Cats, Rocker and the Cats broke new ground in the 1980s by using the classic Sun Records sound with newer rock and blues influences.

“You can analyze Lee Rocker’s music to death, trying to figure out why it is so popular,” said Rod Woodruff. “But in the final analysis, Rocker’s brand of rockabilly is party music. And, we love a party at the Buffalo Chip.”

Woodruff said he was certain the Sturgis Rally music fans who stay at the Buffalo Chip each year will be awestruck by Rocker, “if they can take time out from dancing to actually think about it.”