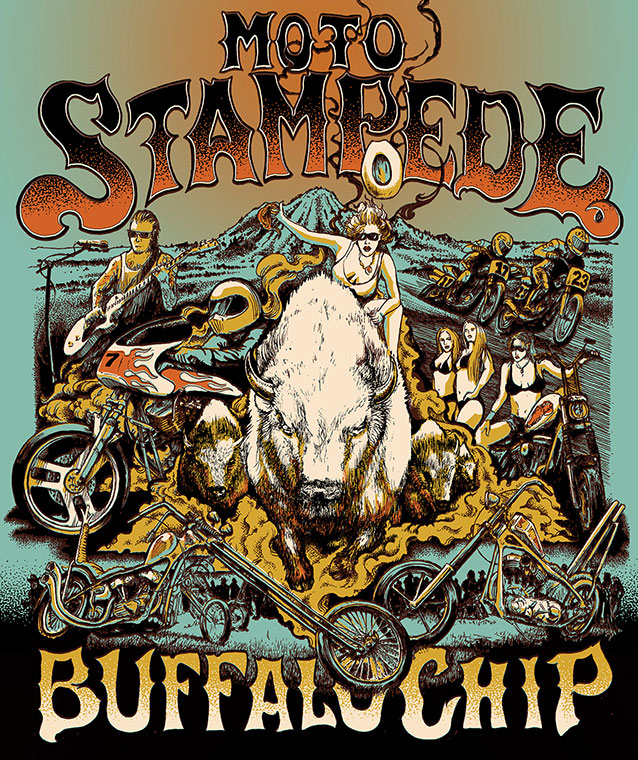 Buffalo Chip, SD (June 7, 2016) – For the first time ever the power and heart-thumping action of no-holds-barred racing will be paired with the meaty, heavy metal groove of one of the world’s top bands in a full-blown Moto Stampede in the Sturgis Buffalo Chip®’s amphitheater. The thrill of RSD Super Hooligan flat track races sponsored by Indian Motorcycle® coupled with the craziness of the Buffalo Chip’s street drags will lead up to hard-grooving performances by Five Finger Death Punch and Reverend Horton Heat on Wednesday, Aug. 10. An original video announcing the Moto Stampede can be viewed here: http://bit.ly/1Uu7fsG 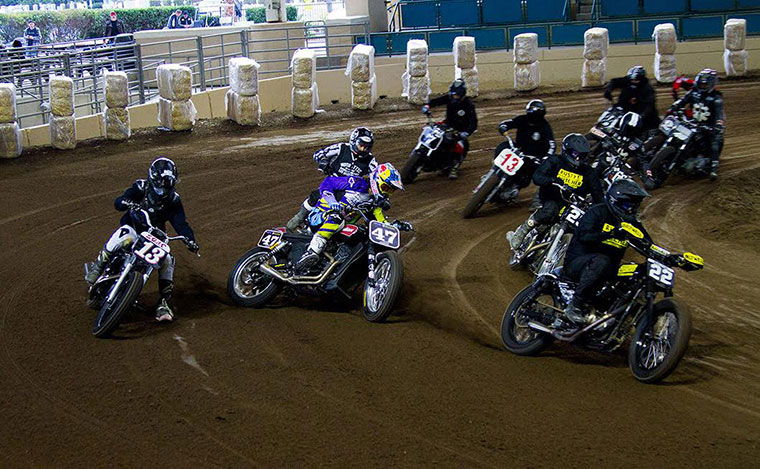 Hooligan racing is a throwback to the days when young men lightened and tweaked their street machines into dirt track racers. Roland Sands Design and Indian Motorcycle’s recent efforts to help revive the thrill of flat track racing has reignited a fire that still burns brightly with today’s moto and custom enthusiasts. The dirt oval race track, built by IV League Flat Track, circles the main grounds of the Buffalo Chip infield between the Wolfman Jack Stage and the Top Shelf. Spectators will be lining the raceway where they unquestionably will feel the grit and dust as competitors back it in sideways through the turns and fight for the lead. Hooligan racer Roland Sands and crew are slated to bring out the highly competitive, RSD-modified, Indian Scout Sixty race bikes for battle. 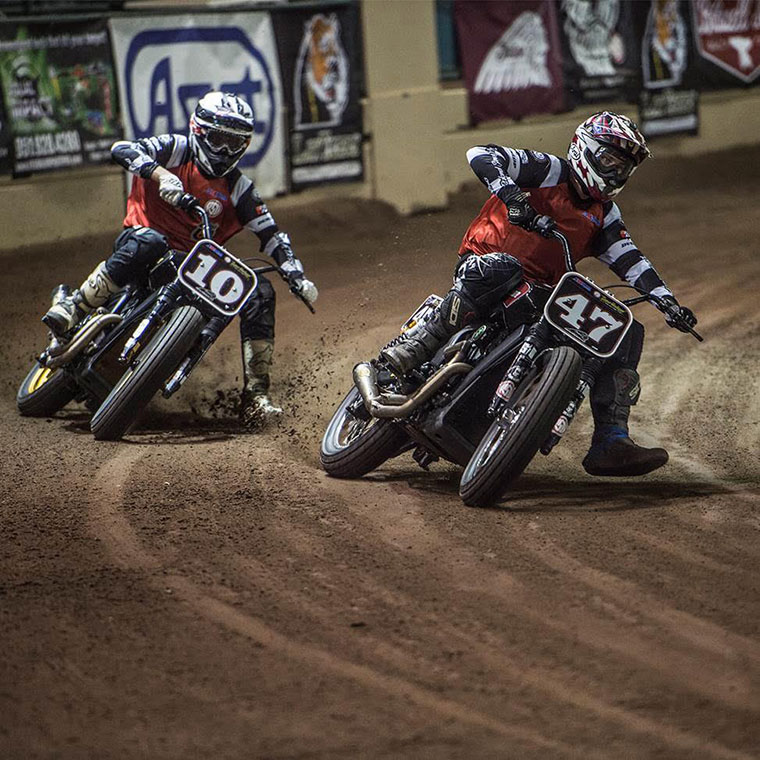 Crazy John Markwald and friends will be racing bikes typically seen on the cover of the nation’s top motorcycle magazines or displayed behind velvet ropes at the biggest shows. These hot rods with top performance parts and over-the-top paint jobs will reach speeds of up to 120 mph before passing under the steel bridge finish line. There will be ample opportunity for premium viewing in the Chip’s amphitheater.

Rock to Rip Faces Off

The rock party following the day of adrenaline-fueled, clutch-popping racing action will keep the rpms spinning until the final note of headliner Five Finger Death Punch’s performance. The award-winning band’s energy and rhythmic style has propelled them to the top of the charts and into the hearts of rock fans worldwide. Their album “The Wrong Side of Heaven and the Righteous Side of Hell, Volumes 1 and 2” each landed at no. 2 on Billboard’s 200 in just one week. Reverend Horton Heat and Low Volts will round out the Moto Stampede concerts on the main stage on Wednesday, Aug. 10.

Biltwell and Led Sled honor the retro, the adrenaline junkies and those who love the extraordinary at the Sportster Showdown at the Chip’s CrossRoads on Tuesday, Aug. 9. Classes include best chopper, tracker, vintage and café sportsters. The show is presented by Biltwell, Led Sled, Street Chopper, S&S, Rusty Butcher and Chop Cult.

2-3 p.m. Ride in and Free Registration

The Buffalo Chip will announce more bands in the coming weeks until its full nine-day festival schedule has been announced. Those wishing to purchase passes may do so by going to BuffaloChip.com or calling 605-347-9000.