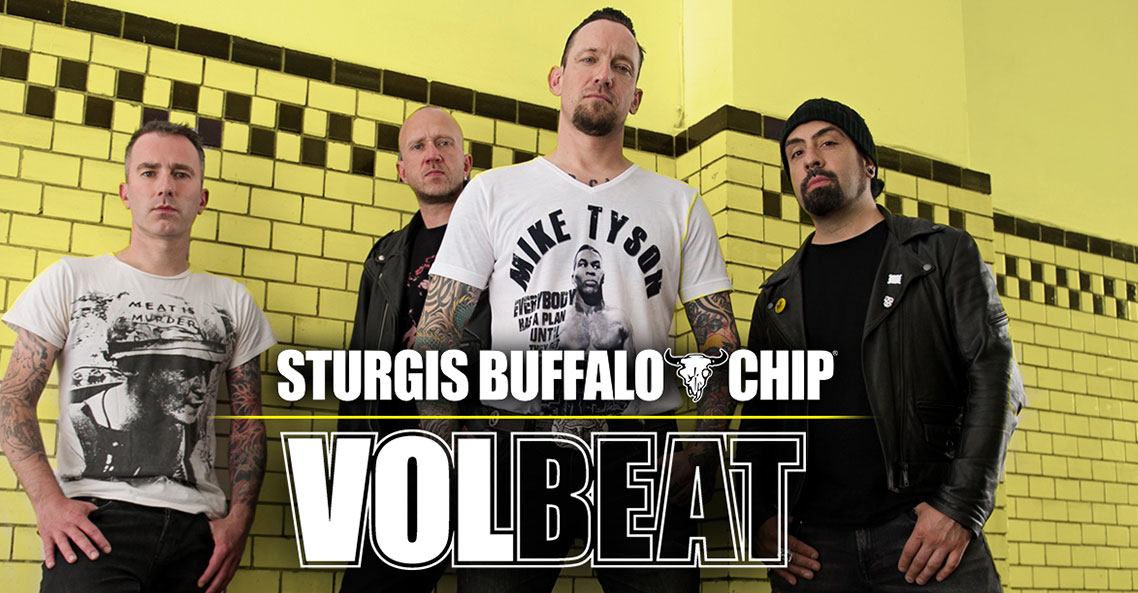 Seal the Deal and Let’s Boogie!

Outlaw Gentlemen and Shady Ladies, prepare to Shake Some Dust and Let It Burn with one of hard rock’s most ass-kicking, fast-rising bands of the last decade.

Danish metal sensations Volbeat will bring their blend of heavy metal, hard rock and rockabilly to the Sturgis Buffalo Chip® for the first time on Friday, Aug. 9, and when they do, you’ll feel the power of the Warrior’s Call.

Volbeat made waves in their home country of Denmark in 2005 with their debut “The Strength / The Sound / The Songs,” which spent 21 weeks on the Danish album charts.

The band broke through in the United States with their Gold-certified 2010 album “Beyond Hell / Above Heaven.” Volbeat has since charted six number one singles and ten top 10 hits in the U.S., including “Heaven nor Hell,” “A Warrior’s Call,” “Still Counting,” “The Hangman’s Body Count,” “Lola Montez,” “The Devil’s Bleeding Crown,” “Black Rose,” to name a few.

Volbeat’s most recent studio album, 2016’s “Seal the Deal & Let’s Boogie,” is the band’s highest charting US release to date, peaking at no. 4. They just released a new live album with one new song in December 2018 and have been hinting in interviews that a new Volbeat album could be dropping in 2019. Maybe some more of that new material will make an appearance at the Best Party Anywhere®!

You definitely don’t want to miss what’s sure to be an epic performance from one of the biggest bands to hit the scene in recent years. Reserve your passes today!