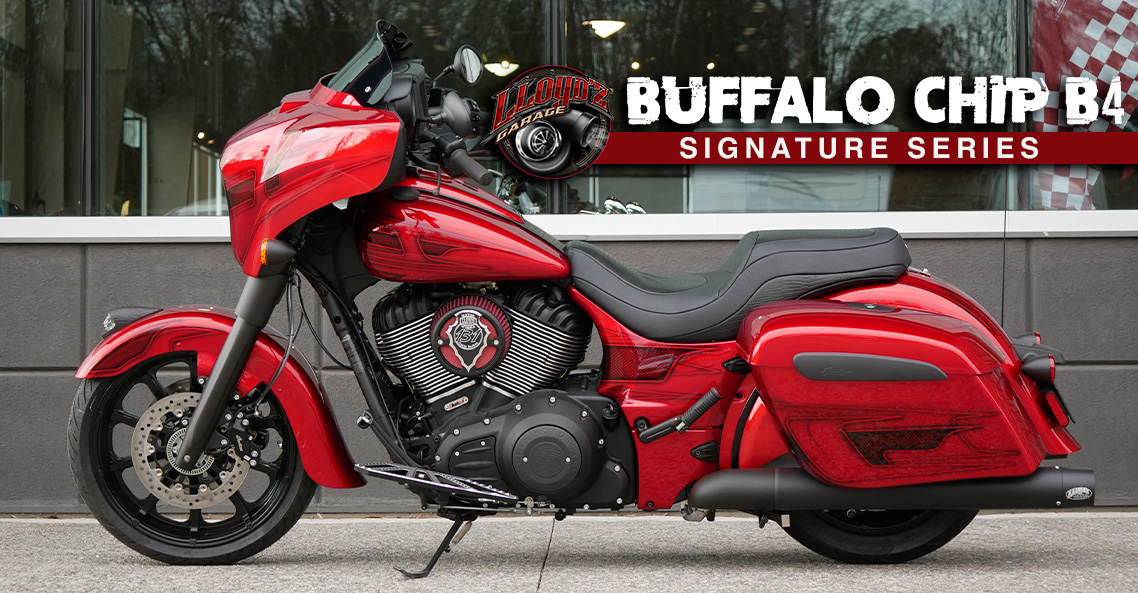 The Sturgis Buffalo Chip has teamed up with Indian motorcycle customization and performance leaders Tim Sutherland and Lloyd Greer to bring a signature line of Indian motorcycles called the Buffalo Chip B4 Signature Series to a handful of lucky buyers. The second creation in this line, “002”, made its debut during Daytona Bike Week ahead of The Chip’s 41st consecutive festival held during the 2022 Sturgis Motorcycle Rally.

Inspired by the rock, rumble and rebellious attitude of the Sturgis Buffalo Chip, the second edition in this spectacular series combines commanding presence with powerful performance and legendary styling to allow owners a unique and memorable way to stand out from the crowd.

Based off Indian’s flagship Chieftain model, the Sturgis Buffalo Chip signature edition B4 is loaded with a long list of exclusive customizations. From the specialized Arnott air ride system, to the Lloyd’z Garage 131 Big Bore Kit, to custom paint by Rusty Nash, to the 1901 Customs’ accessories, to the custom seat by Alligator Bob, the Sturgis Buffalo Chip Signature B4 will add new dimensions in cool-factor, performance and collectability. 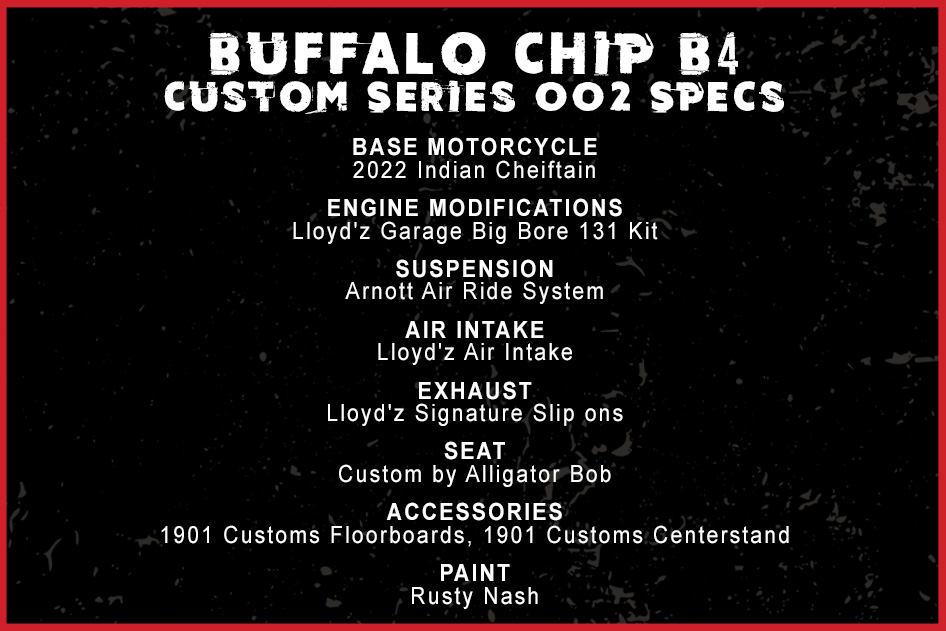 Riding one of the Buffalo Chip B4 motorcycles will make you feel like a king.

The 2022 Sturgis Buffalo Chip Signature B4 Indian Chieftains are available to pre-order now. Contact us to get started!

Leading up to and following the Sturgis Motorcycle Rally, the B4s will be sold through Indian Motorcycle St. Paul.

Want to see it in person first?

Get an up-close look at these beautiful custom baggers at Lloyd’z Garage  at the following locations: 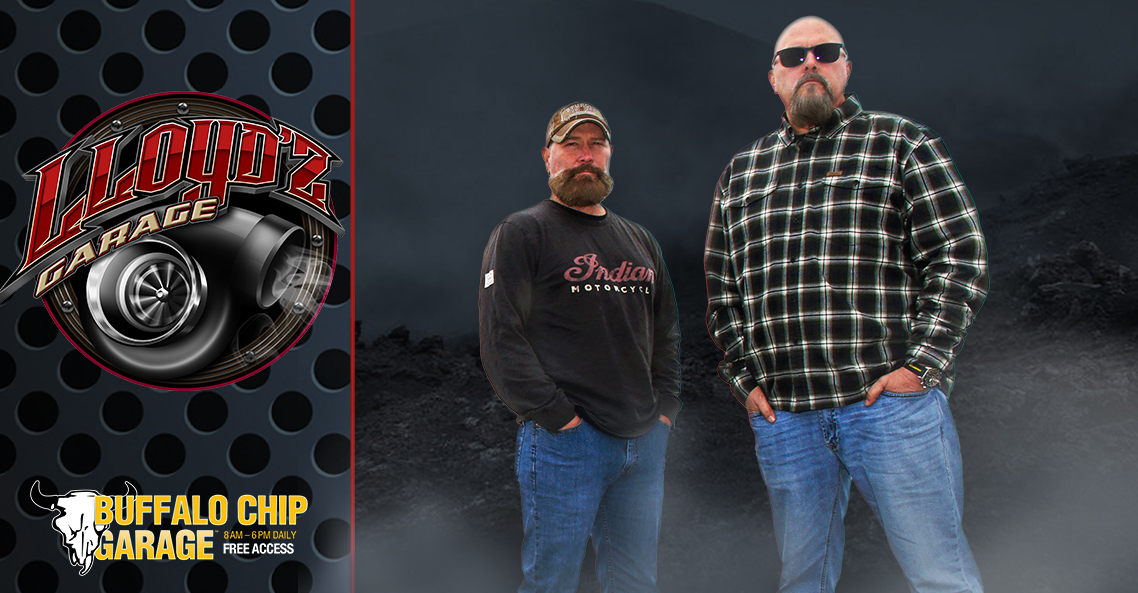 Past B4 Series Bikes: 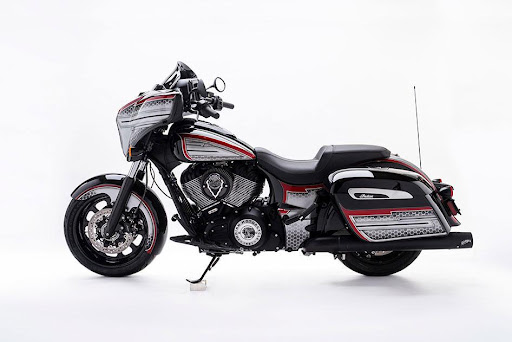 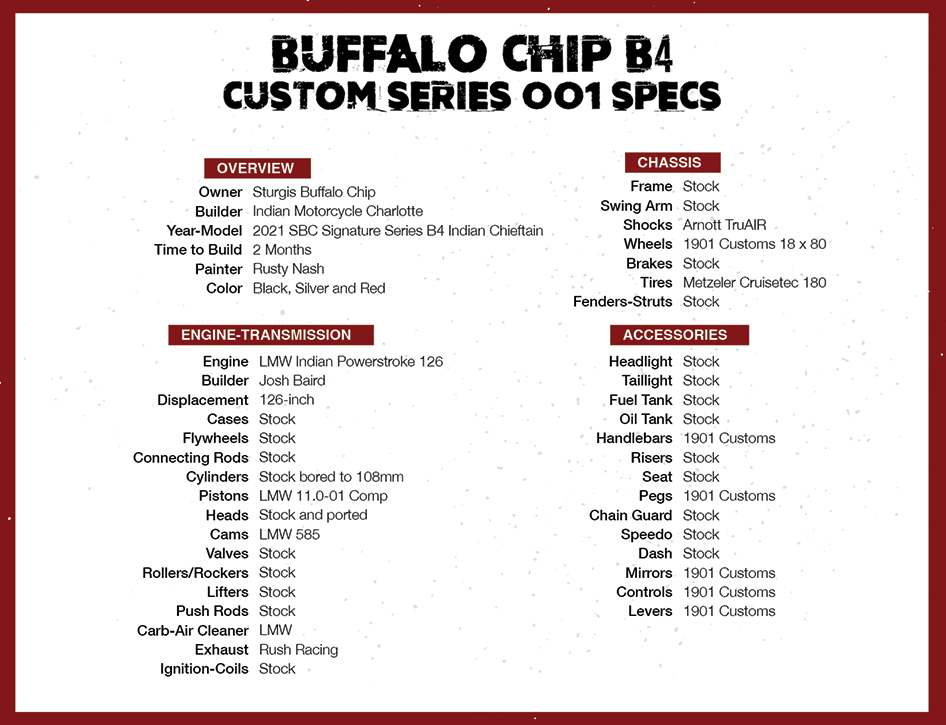