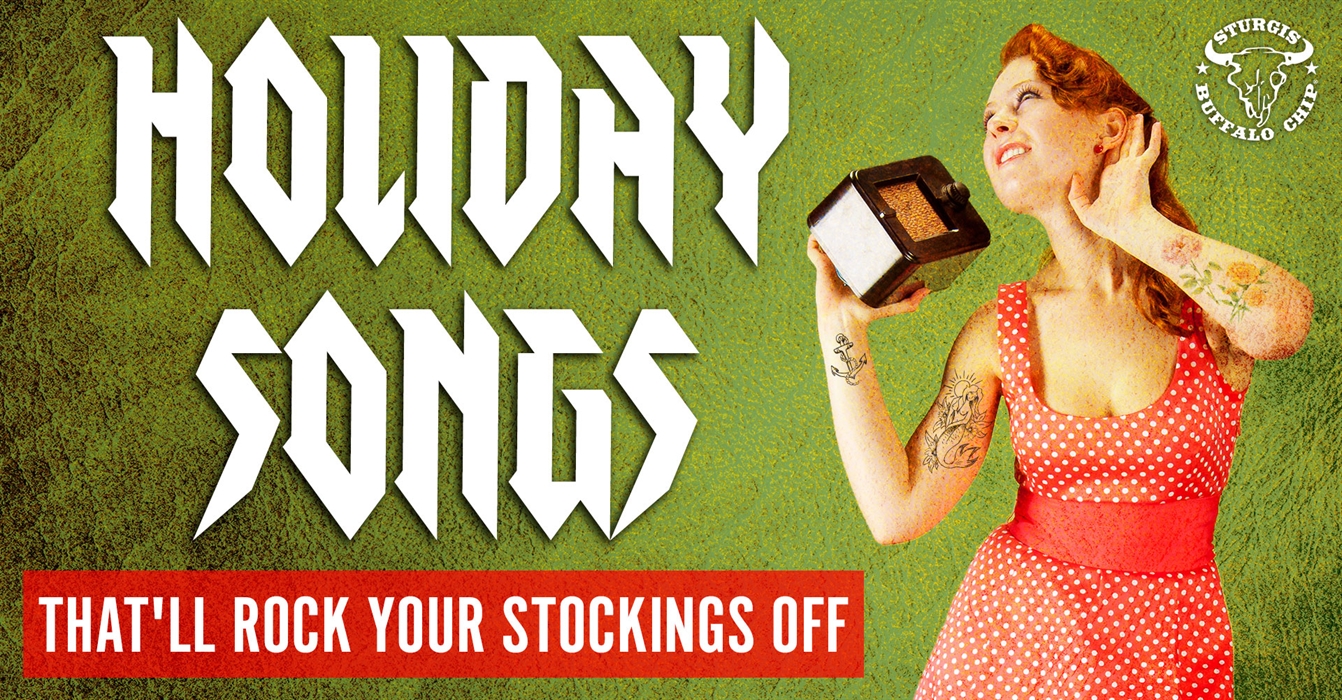 It’s that time of year again where the sound of jingle bells and holiday songs are ringing through the air just about everywhere you go. While there’s nothing wrong with cranking up some traditional tunes, those of you looking to rock will find this ready-made playlist filled with choice jams perfect for getting you rockin’ out in the holiday spirit. Vary up your listening this holiday season by checking out this list of holiday songs that’ll rock your stockings off from your friends at The Best Party Anywhere – The Legendary Sturgis Buffalo Chip.

This tune may share the name of a traditional Christmas song, but it’s not just any old cover. It’s got just the right amount of sick and twisted to be a Grade-A Alice Cooper tune.

If the thought of holidays gives you ants in your pants, then this is the tune for you. The Godfather of Soul will make you want to get on the good foot and groove with this one.

3. Spinal Tap – Christmas with the Devil

This might be one of the first ever holiday songs to rock stockings off. It’s been covered countless times, by everybody from Lynyrd Skynyrd, Lemmy, Hanson, the Grateful Dead, Reverend Horton Heat and many more too numerous to name. While they all offer a nice twist, there’s no beating the original.

Throughout his career, George Thorogood has carried the torch of early 1950’s style rock and roll, and this song is no exception. “I wanna Chuck Berry record and a picture of Elvis, too,” Thorogood says with his trademark gravely voice as the Destroyers pound away on a blues progression with a rock and roll backbeat. If you’re really digging on George’s take on holiday tunes, be sure to give “Merry Christmas Baby” a listen as well.

It’s kind of like “We’re Not Gonna Take It” decided to stop being pissed off, cracked a holiday beer and go with the flow.

This is a funky, soulful yet rockin’ tune that would be at home in the midst of James Brown’s Christmas album. However, it’s the Silver Bullet Band laying down this serious groove, and you’ll have no recourse but to shake a leg once you hear it.

Only John Lennon could so beautifully blend his political message with a song that sounds like a beautiful Christmas song.

Check out this cover version by Shinedown with a modern hard rock edge.

It’d hardly be fair if only one holiday were represented in this list. Whether or not you’ve ever spun a dreidel, we can all agree this is one of the funniest holiday songs ever written.

It’s the kind of fast, spirited punk rock song the Ramones practically invented and made famous, and if nothing else, the title is a nice mantra to remind yourself of before spending time with some of your relatives.

12. Tom Waits – Christmas Card from a Hooker in Minneapolis

This tune is just another classic example of Tom Waits gravelly, unforgettable story-telling featuring characters from the wrong side of the tracks.

It’s an up-tempo, fist-pumping punk rock version of the old standard with distorted guitars and pounding drums that’s equally appropriate to blast at your holiday party or when you’re sitting around the tree.

A throwback “Weird” Al tune that’ll make you feel all warm and fuzzy as you reminisce on 1980’s Cold War paranoia. If you’d like to add more “Weird” to your holiday playlist, also check out “The Night Santa Went Crazy” by “Weird” Al.

It’s a mind-bending holiday shred odyssey that, when played with enough volume, is sure to crack open the sky and either summon Old Saint Nick and his sleigh or, at the very least, a troupe of very merry extraterrestrials.

A beautiful acoustic rendition that could sneak its way into the most innocuous of Christmas albums if it weren’t for those passages featuring Zakk Wylde’s famous virtuosic guitar shredding. Careful when listening to this one near an open fire­– it may cause spontaneous face-melting.

This one might not quite “rock your socks off” in the same sense a shredding solo might, but any fan of Willie Nelson will feel that familiar chill they get when they hear the Red Headed Stranger sing anything.

John Prine is one of America’s greatest songwriters. He is a master storyteller with an uncanny ability to create common ground among his listener and the unique characters who are often hard on their luck. This song is just another shining example of what he does so well.

It’s the old traditional that everybody knows, but given new life thanks to Reverend Horton Heat’s slapback, delay-drenched, signature psychobilly sound. “We Three Kings” is also the name of the Rev’s Christmas album, which is a worthy holiday playlist all on its own.

When little boys and girls are naughty, they’re usually told Santa’s going to give them coal for Christmas. The Santa Claus in this song takes this to the next level, promising a bullet instead. Moral of the story? Don’t f**k with Santa.

21. The Band – Christmas Must Be Tonight

The band The Band was one of the greatest bands to ever band, and their Christmas jams are no exception. “Christmas Must Be Tonight” is a beautiful classic rock-style treatment of that oh, so holy night.

If the holidays are a tough time for you, then perhaps you’ll relate to this song more so than any other on this list. It’s a tearjerker of a ballad in which the late Prince recounts many fond memories with a lost lover while drinking himself blind on Christmas.

A gift many of us are probably afraid to ask for. Doesn’t get much more rock ‘n’ roll than this.

Which of these holiday songs is your favorite? Are there any we missed? Let us know in the comments below! 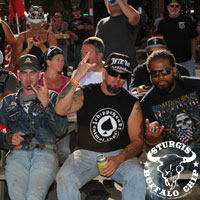 Known as The Best Party Anywhere®, the Sturgis Buffalo Chip believes festivals should be fun like a high five, reenergize you like a broken rule, and romance you like someone you just met and have to take home.