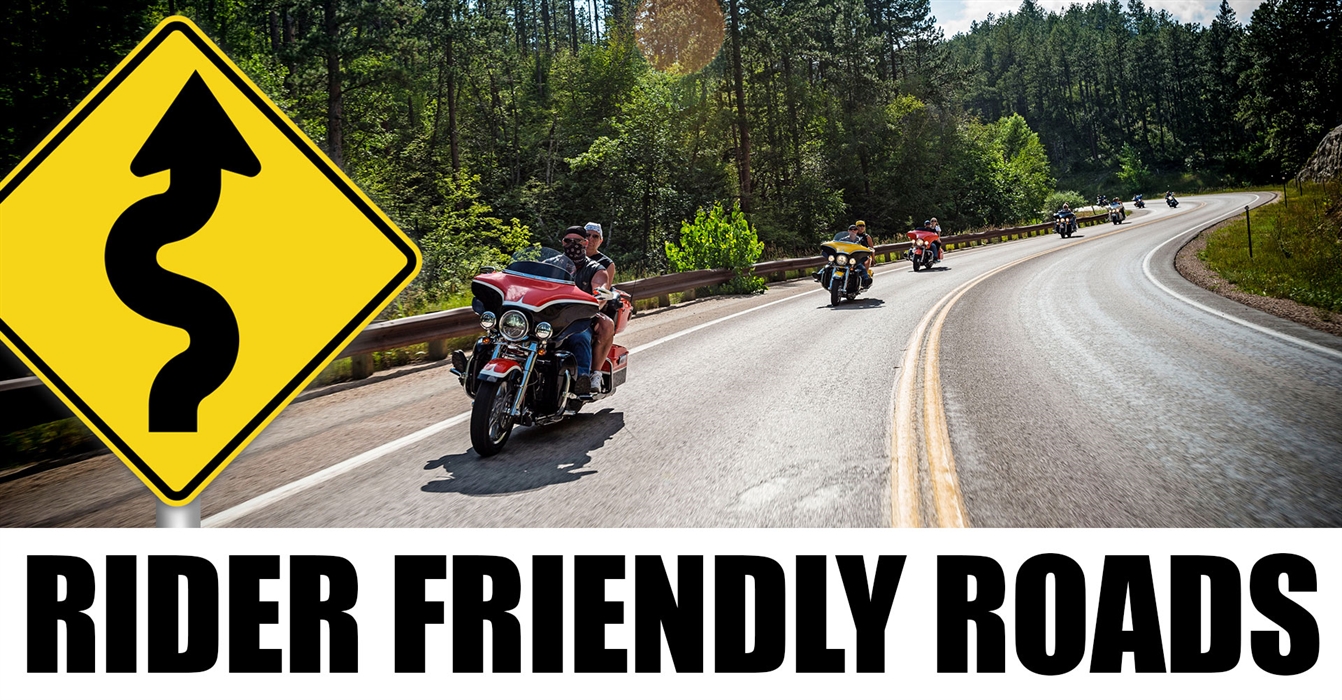 5 Rider Friendly Roads You Must Ride

Exploring County, State, and US Highways, the Interstate system and the Mother Roads that crisscross this country, allows you to experience Americana at every junction. Countless riders have seen how the credo, “It’s all about the journey,” comes alive during a trek to the Sturgis Rally. So if you’re headed to the rally, check out this list of routes worth the ride and towns worth a stop. 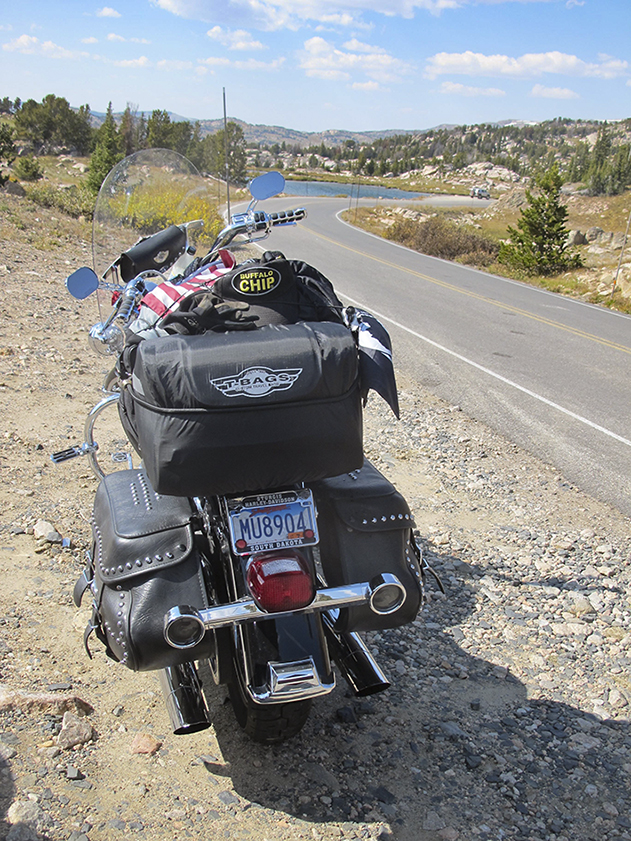 Red Lodge, Montana, called the Gateway to Yellowstone, is a resort and ranching community with a colorful coal mining past. The community is located 45 miles south of Billings on US Hwy 212. The little town of 1,200 sits in the shadow of 28 different 12,000-foot peaks. It’s a charming alpine community nestled in the foothills of the magnificent Beartooth Mountains and is surrounded by Custer National Forest. The breathtaking 69-mile Beartooth Scenic Drive has dramatic switchbacks overlooking snowcapped peaks, glaciers, alpine lakes and plateaus. On the south side of the pass you can take the Chief Joseph Highway into Cody, Wyoming.

Red Lodge and the Beartooth Mountains are very popular and worth the detour from I-90. This area is home to some of the best motorcycle roads and some of the most Rider Friendly™ Establishments in the country. 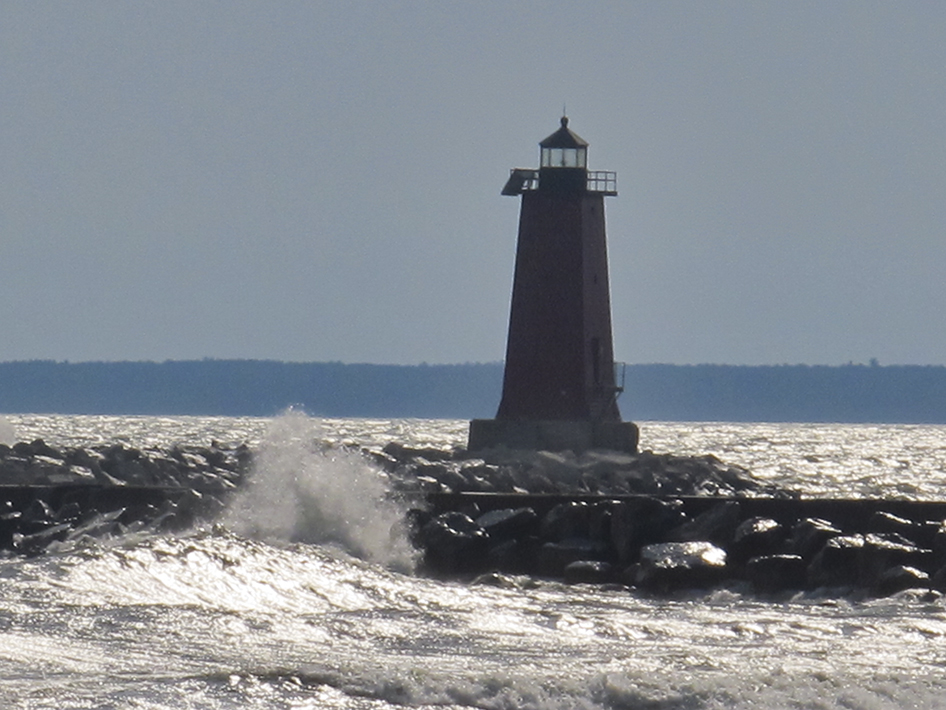 Michigan State Highway 31 follows Lake Michigan’s shoreline, beginning as a divided highway in Muskegon before becoming a winding scenic route on its way north. “Up North” begins just outside of Muskegon. Traffic gradually slows as 31 winds towards Manistee through hills of hardwood forests and fruit orchards. 31 continues past famous wineries and several inland lakes where boats and whitecaps dot the deep blue of Traverse Bay.

It’s a straight shot north to Mackinaw City and Big Mac, the Mackinaw bridge taking you into the UP (Upper Peninsula). Cross the six-mile bridge and the confluence of Lakes Huron, Michigan and Superior, and pick up the “High Line,” US Hwy 2 that crosses the Wisconsin UP, into Minnesota and on to the Black Hills.

Pro Tip:
Whether you’re coming to Sturgis or going home, you can shave several hundred miles off this trip by taking the Lake Express Ferry that leaves Muskegon twice a day for the 2 ½ hour ride to Milwaukee. This detour is an opportune way to see the Harley-Davidson Motorcycle Museum in Milwaukee. Cost is about $100 for a bike, but the ferry ride will give the saddle-sore rider time to take a break from the road. 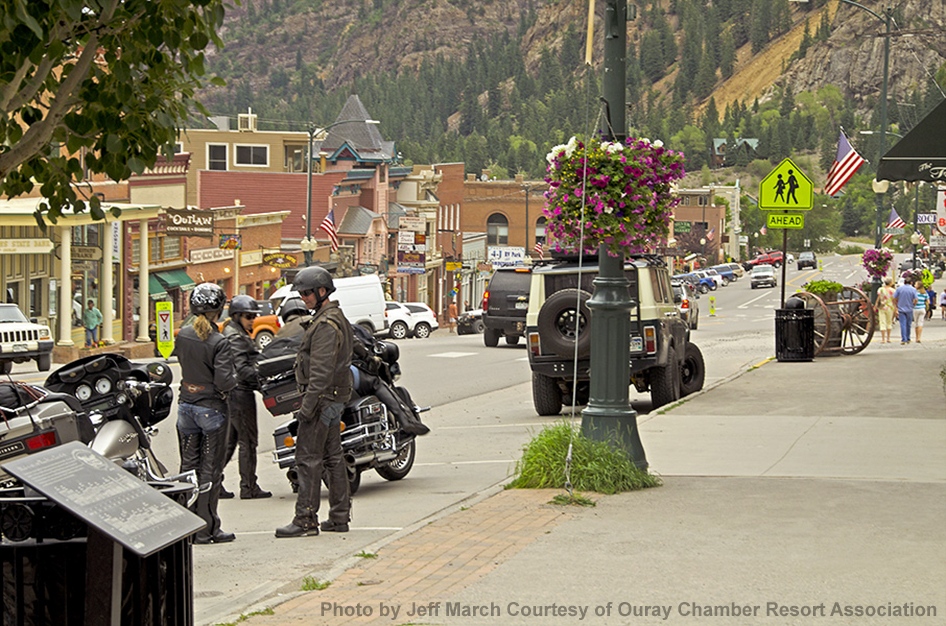 Several highways, including the Colorado Million Dollar Highway, create the San Juan Skyway, which winds through majestic mountain passes, canyons, mining towns and Pueblo archaeological sites. The San Juan Scenic Byway’s stunning mountain views are all as priceless as the region’s gold and silver mined in the late 19th century.

From Durango, the steep road climbs north through the 10,620-foot Coal Bank Pass, then over 10,890-foot Molas Pass to the 1874 mining town of Silverton, the destination of the Durango & Silverton narrow gauge Railroad. This is an awesome bike ride, and if you have the nerve, the railroad ride will take your breath away.

Squeezed into a box canyon, Ouray was founded in 1875 and looks like a western movie set. Soak your saddle soars at the public pool, warmed by hot springs. 100 miles east of Ouray is I-25, where you can hang a left and head for the Black Hills. 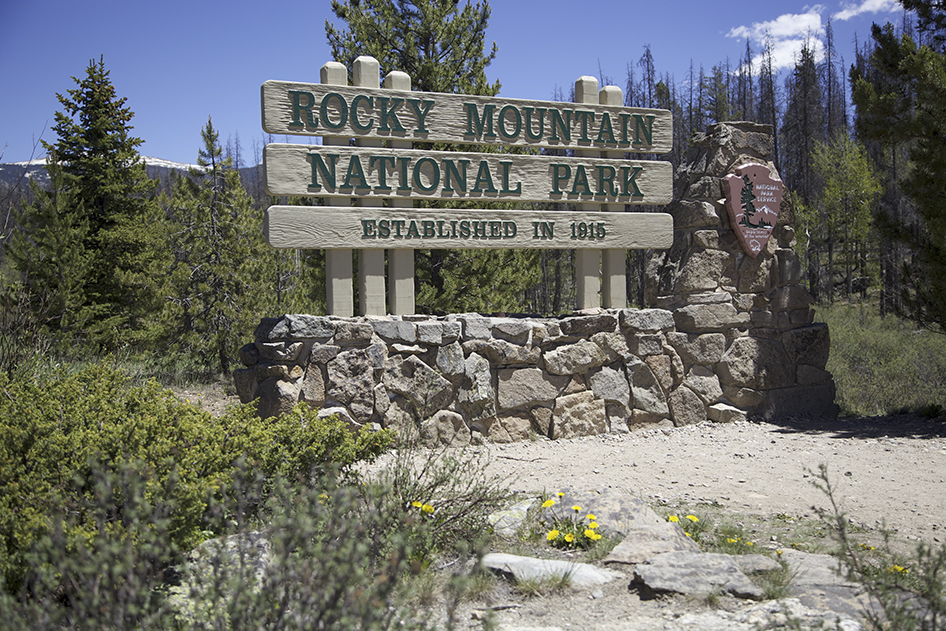 US Highway 34 runs 1,122 miles from NE Colorado to the Western suburbs of Chicago and threads its way through the heartland of America–Illinois, Iowa, Nebraska, and Colorado. Its premier presentation for the motorcycle rider could be Rocky Mountain National Park, making it the highest paved through highway in the U.S.

If you want to see small-town America, old 34 is the ticket. It crosses the Mississippi River and the Missouri River, drifts through lush farmland and touches the ranch land of the west before its finale, the Rocky Mountains. The Midwest hospitality you’ll experience at countless Rider Friendly Establishments along the way is an added bonus. Grab any number of two-lane roads running north and south and pick up I-90 in South Dakota or I-25 in Colorado. Ride North to the Black Hills and Sturgis.

SD Hwy 34 begins at the Wyoming border and terminates at the Minnesota state line. It runs all the way across SD parallel to I-90. 419 miles long, 34 takes you through lush farming country in Eastern South Dakota and through Pierre, the State Capital. It also runs directly past the Sturgis Buffalo Chip.

The Mother Road I-90 Corridor 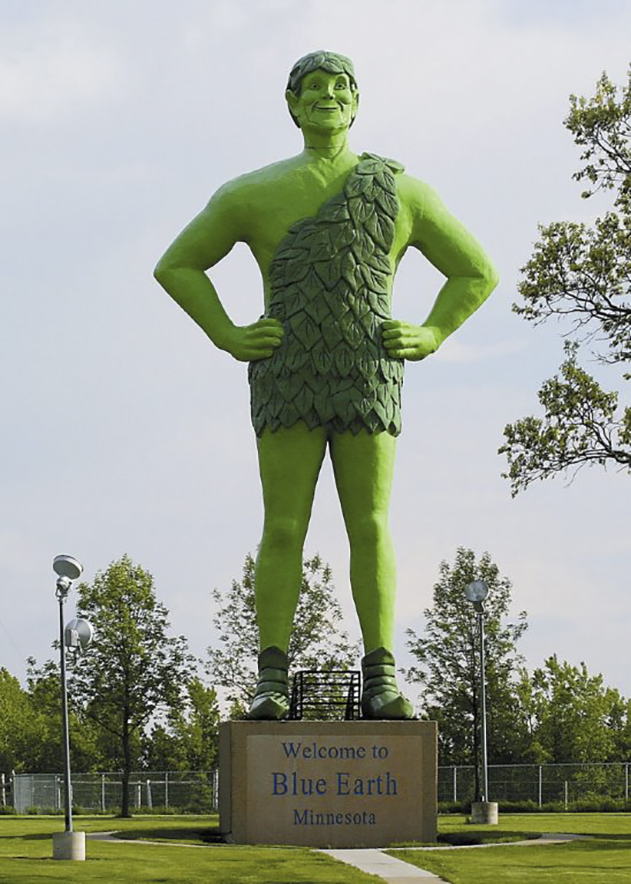 When riders talk about routes they like to ride to Sturgis, I-90 always comes into the conversation as it’s the main east-west corridor bringing riders to the Black Hills. This is one of the best motorcycle roads for those who like to crack the throttle and go. I-90 is the longest Interstate in the nation, with 3,101 miles that marry the two coasts. It crosses the Continental Divide in Butte, Montana and goes through 13 states on its way from Seattle to Boston.

A popular motorcycle route and passage for those of you coming to the Sturgis Rally with RVs and trailers, I-90 will take you across both the Mississippi and Missouri Rivers, over several mountain ranges, past the Great Lakes and through the very heartland of America. The wayside rest area in Blue Earth, Minnesota is where the east-building I-90 team linked up with the west-building I-90 team in 1978, thus completing the final mile. The community of Blue Earth is extremely rider friendly, so make sure to stop when you see its iconic Jolly Green Giant statue.

I-90 is the Mother Road to the Sturgis Rally. As tentacles of county, state, and U.S. Highways thread themselves across America getting closer and closer to Sturgis, they begin merging with I-90. This migration to I-90 creates a back-to-back bike and vehicle parade of rally goers miles long.

The Interstate System primary routes east-west have even numbers and north-south highways are assigned odd numbers. Odd route numbers increase from west to east, and even routes increase from south to north (to avoid confusion with US Highways which increase from east to west and north to south). The numbering system holds true even if the local directions of the route does not match the compass directions. In South Dakota this only holds true for 2-digit highways.

These are just a few of the great roads and communities across America. It’s always nice to see a friendly face when you are on the road. To find countless Rider Friendly Establishments and Communities, be sure to download the Buffalo Chip’s Sturgis Rider Friendly Establishments mobile app. These towns and businesses are eager to show you their hospitality when you are riding America’s highways and roads. 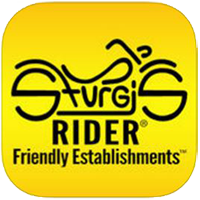 Look…we all eat, we all sleep, and we all enjoy finding friendly folks who want to help us get from point A to B in life. And when you’re out on the road riding in uncharted territory, sometimes finding those places and faces can be a real guessing game. But now you can find thousands of places ready to roll out the red carpet for bikers like you with the interactive map on the Sturgis Rider Friendly Establishments mobile app. See who’s on your route, find out why they’re place is worth a stop and share your experience with other bikers. This handy tool is a FREE DOWNLOAD on any Apple or Android device. Revolutionize your ride and download yours today!

What are some of the best motorcycle roads and must-stop towns you’ve encountered on your way to the Sturgis Rally? Let us know in the comments below!