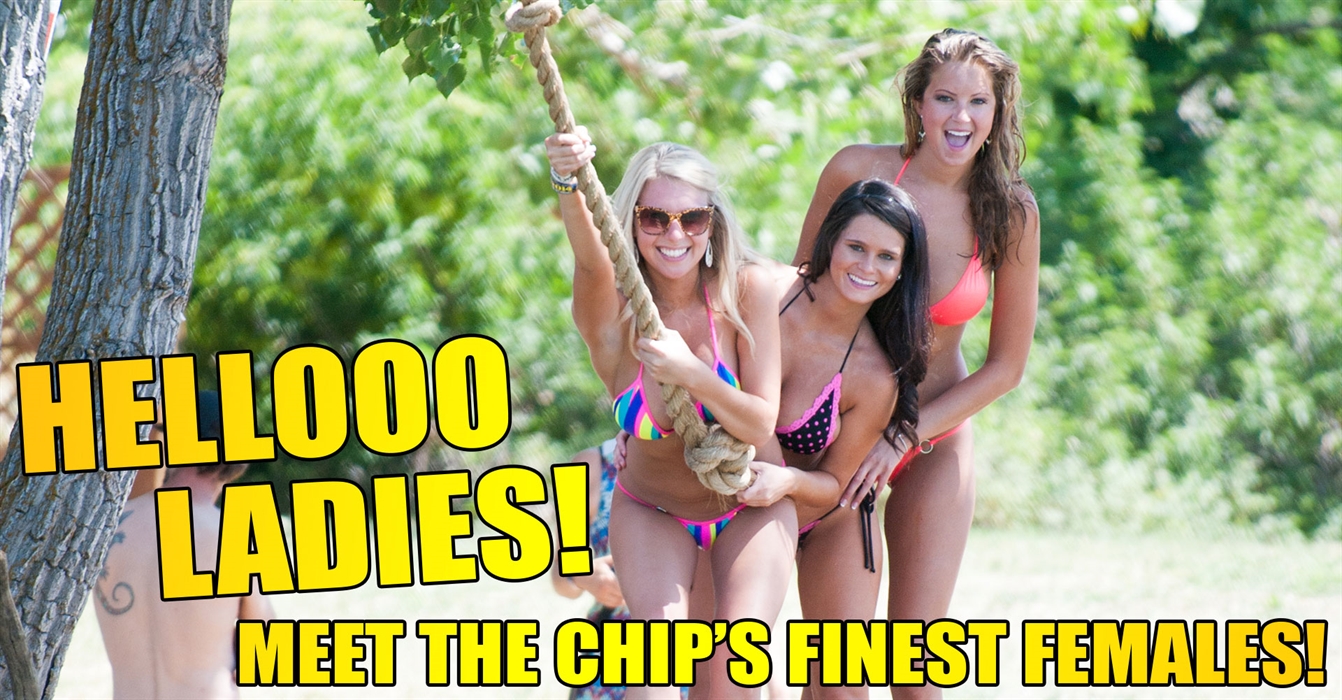 Whether you like your ladies in leathers, covered in tattoos, playing an instrument or playing with fire, the best place to meet Sturgis girls who love having a good time is at the Best Party Anywhere™! Check out these photos of some of the bikini-clad beauties, mesmerizing musicians and fun-loving flirts who joined the party at the Buffalo Chip during the 2014 Sturgis Rally. 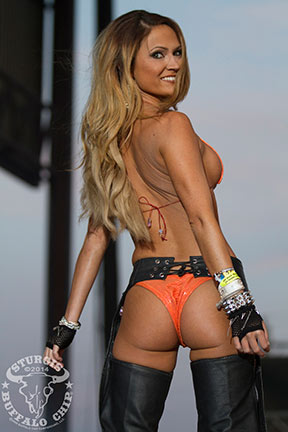 The Miss Buffalo Chip contestants could still be hot wearing a t-shirt and sweats, but for some reason everyone seems to favor these biker babes in chaps. Wonder why that could be? 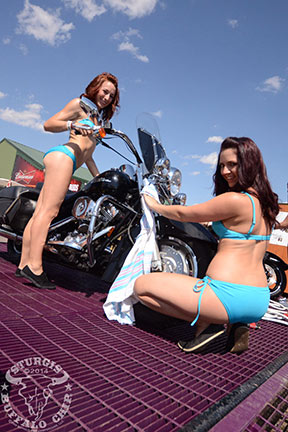 What caught your eye first at this CrossRoads bike wash…the bikini-clad Rhythm Rockers or all that shiny chrome? 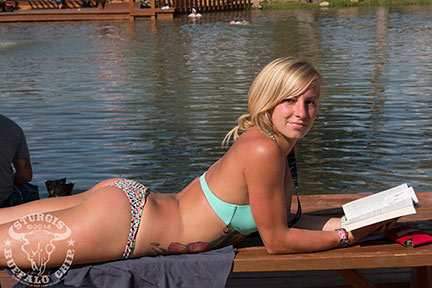 The Bikini Beach swimming hole is always a great place to catch some sun (and sometimes a few moons too). 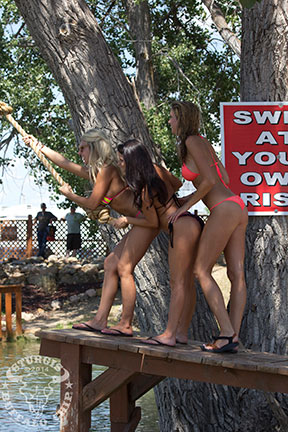 It’s hard to wait your turn for the Bikini Beach rope swing during those hot South Dakota afternoons! 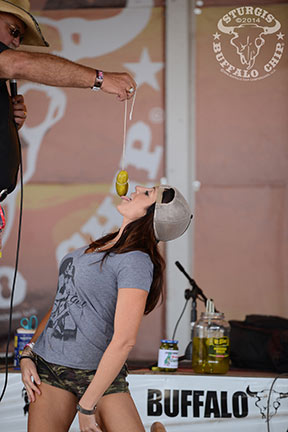 The Sturgis girls competing in the World Federation Pickle Lickin’ Championships sure perk up when they lay eyes on those plump pickles. 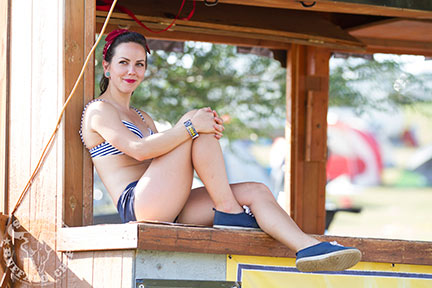 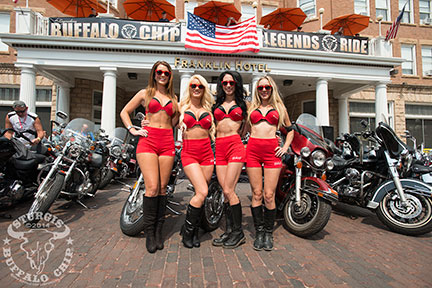 Want to raise a glass to the Budweiser Girls during the Legends Ride? Well, the time is now. The 75th anniversary is going to be the biggest party in the History of the Chip. Spots for 2015’s Ride that Rocks™ are going fast, so reserve your place while you can! 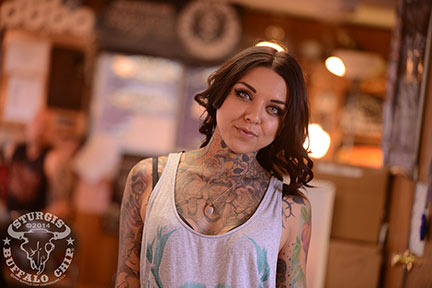 We don’t care what kind of tattoo it is, as long as it’s coming from this artist at the Tattoo Café. (Hell, that’s how we all ended up with matching butterfly tramp stamps!) 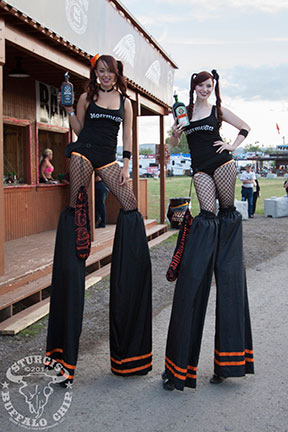 The Jägermeister Stilt Girls sure take the party at the Chip to new heights! 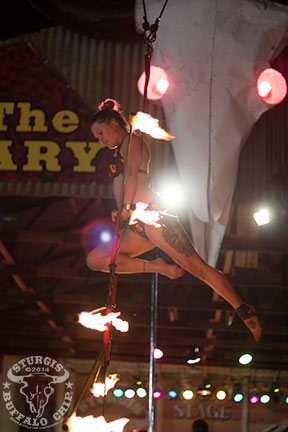 Sensual dances, blazing fire and aerial stunts from the ladies of Illumination Fire Troupe light up the nights at the Kinison Stage. 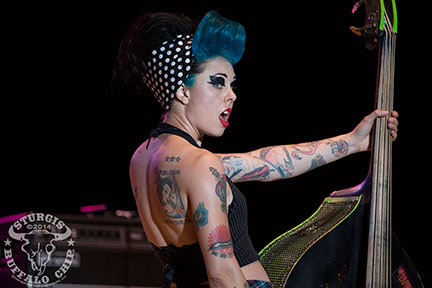 Would you let Symphony Tidwell of The Living Deads slap you around the way she slaps her bass? 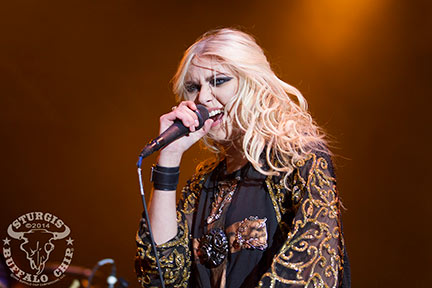 Taylor Momsen, the confrontational, sexy and talented front woman of The Pretty Reckless, likes to let the audience know she’s the boss. 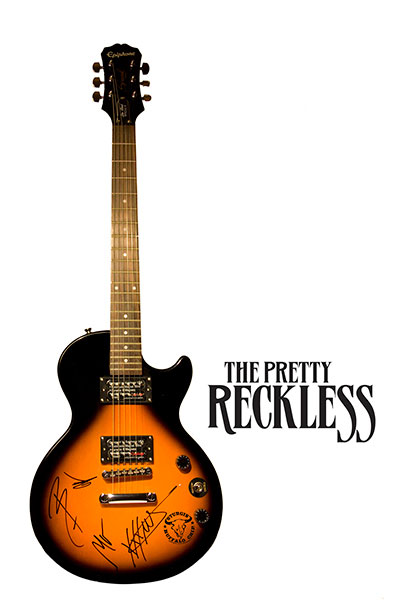 Taylor and the rest of The Pretty Reckless also signed this guitar that you can win by registering for the Rock the Holidays Guitar Sweepstakes now. Thanks to Epiphone, Revolver Magazine, The Pretty Reckless, Motorcycle USA and Rock 106.5 in Salt Lake City, you could unwrap this one-of-a-kind piece of Buffalo Chip history this holiday season! 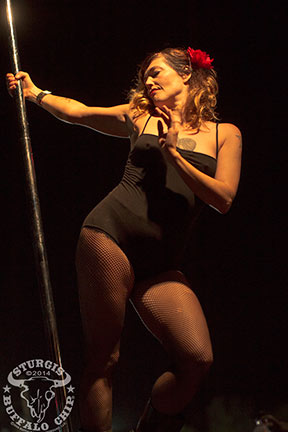 Sometimes the music at Kinison Stage just moves you! 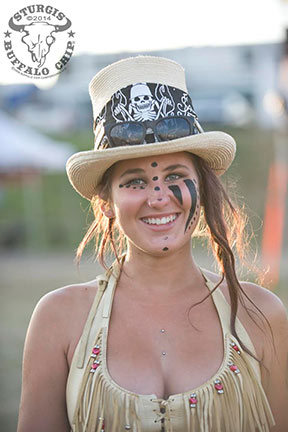 What sounds like more fun…bowling a midget or hanging out with Midget Bowling assistant Summer? 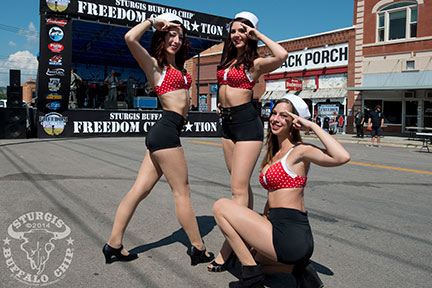 The Rhythm Rockers don’t have to stand at attention to get attention, but it certainly didn’t hurt during the Freedom Celebration Ride in Spearfish. 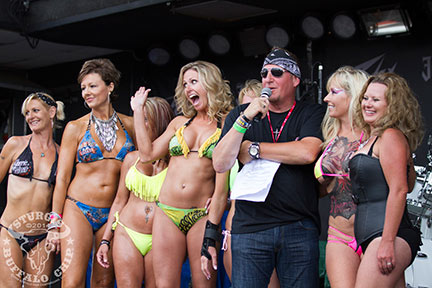 Like a fine whiskey or your favorite pair of leather boots, the biker babes in the Sassy & Classy Contest prove that certain things just get better with age! 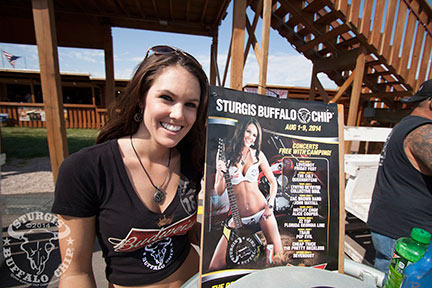 Buffalo Chip Poster Model Laramie Noyce looks just as good in person as she does in print! 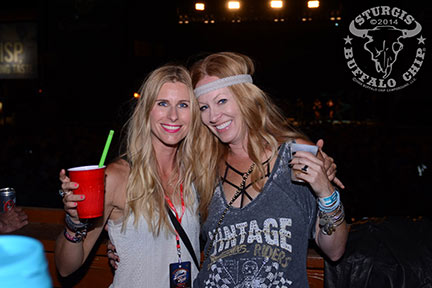 Biker babes at the Chip know how to have fun and look good doing it!

Want the chance to party with more biker babes than there’s been at any rally in Sturgis’ history? Then be sure to reserve your place at the Buffalo Chip’s Party of the Century during the 75th rally anniversary!

Want to see more photos of Sturgis girls? Be sure to check out the Buffalo Chip’s Biker Babes Photo Gallery! 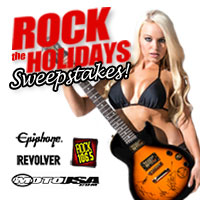 Don’t forget to sign up for The Pretty Reckless autographed guitar that Revolver Magazine, Epiphone, Moto USA, Rock 106.5 and the Chip would like to throw in your lap for the holidays!

Who were some of the biker women you met at the Best Party Anywhere™? Tell us about them in the comments below!