When Daredevil Doug Danger flew across the Buffalo Chip amphitheater in 2015 on Evel Knievel’s XR750 Harley he set a record Knievel himself never made and inspired many. When Danger jumped again in Austin this year during the Republic of Texas Rally and announced plans to achieve a new world record in 2017, Austin-based singer/songwriter Jonathan Terrell was impressed, too. Sitting on Knievel’s iconic Harley, owned by EK collector Lathan McKay, Terrell became galvanized by the ghost in the machine and moved by Danger’s remarkable courage—and he wrote a song about it all.

Terrell’s just-released video “Color Me Lucky,” a tribute to Doug Danger, Evel Knievel and all of the box breakers and risk takers in the world of extreme sports, was filmed in Topeka, Kansas, home of the soon-to-open Evel Knievel Museum. 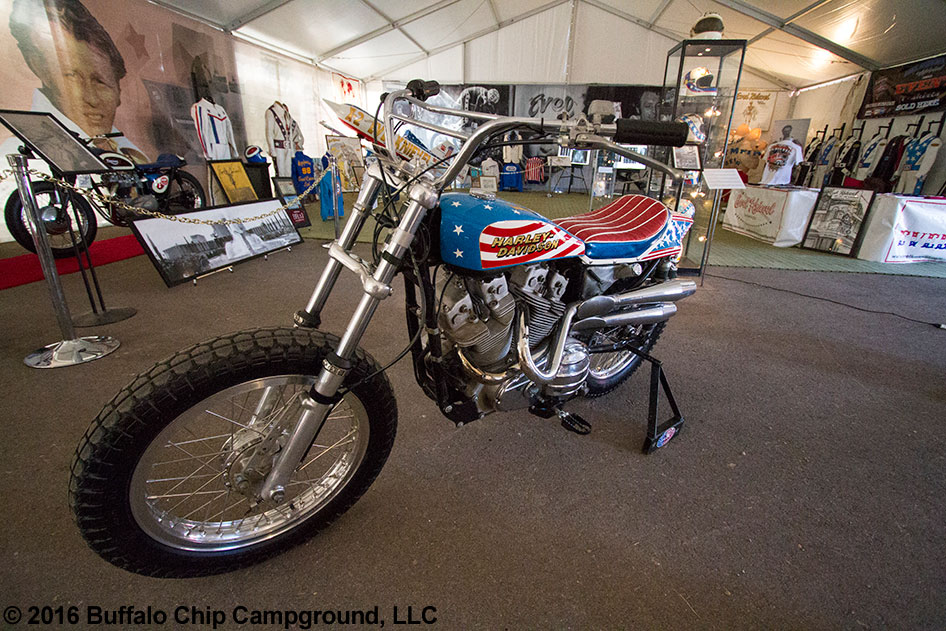 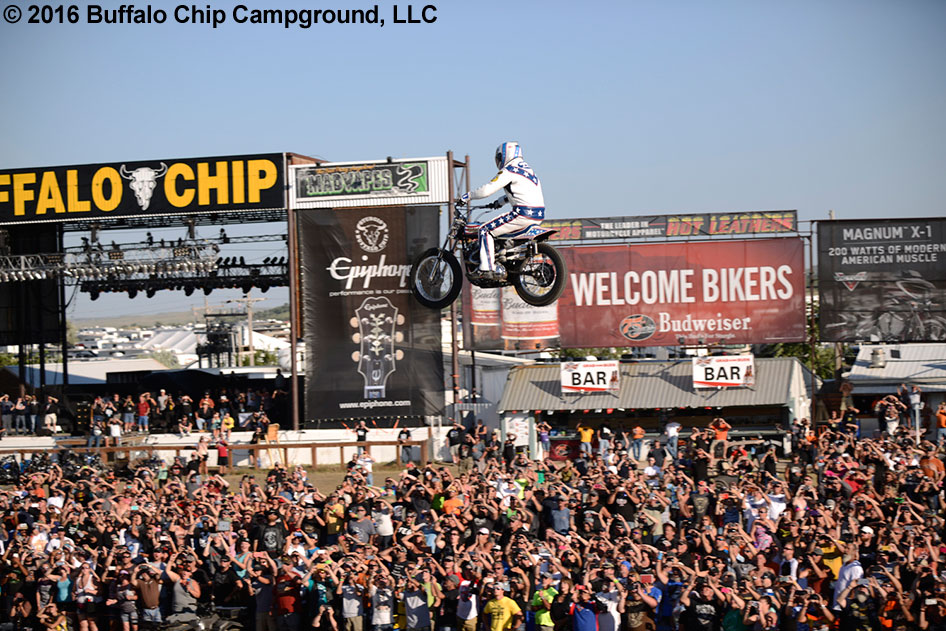 In 2015 Doug Danger flew across the Buffalo Chip amphitheater on Evel Knievel’s XR750 Harley, inspiring many and setting a record Knievel himself never made.

Want to wish Doug Danger another “Happy landing” or reminisce about his 2015 jump at the Chip? Leave your wishes and comments below!