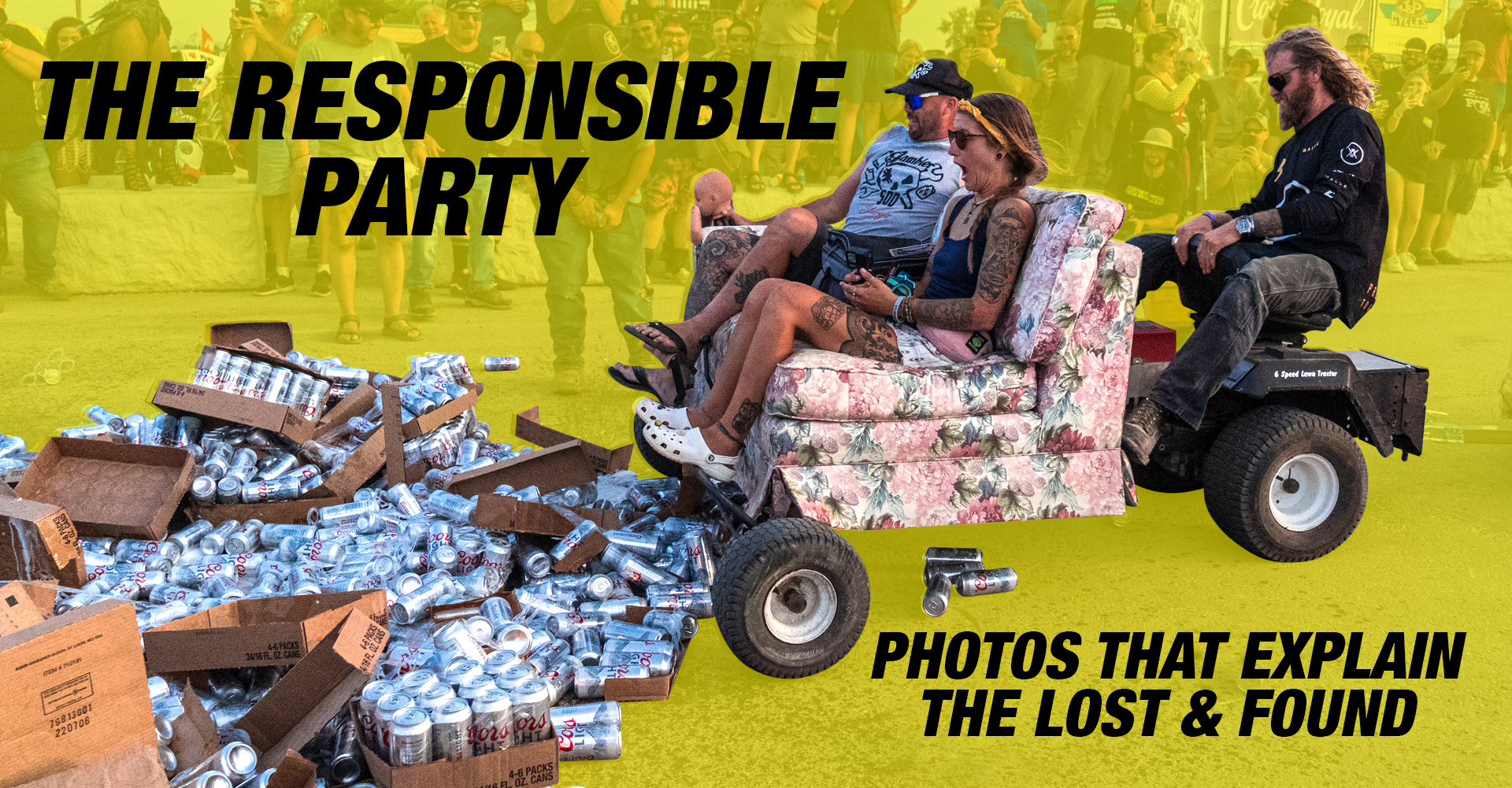 The Responsible Party: 22 Photos that Explain the Lost & Found

By now, you’ve probably seen all the crazy stuff that got left behind at the Buffalo Chip after the 2022 Sturgis Rally. And if you have, there’s a good chance you’ve asked yourself, “What kind of deranged weirdos party like that in the first place?”

While the world may never know exactly who hit the road without their box of emergency underpants or the front end of their motorcycle, we’ve identified some people who fit the description.

Check out these wild photos and let us know if you think we’ve found the responsible party.

Friends playing footsie on a boatercycle 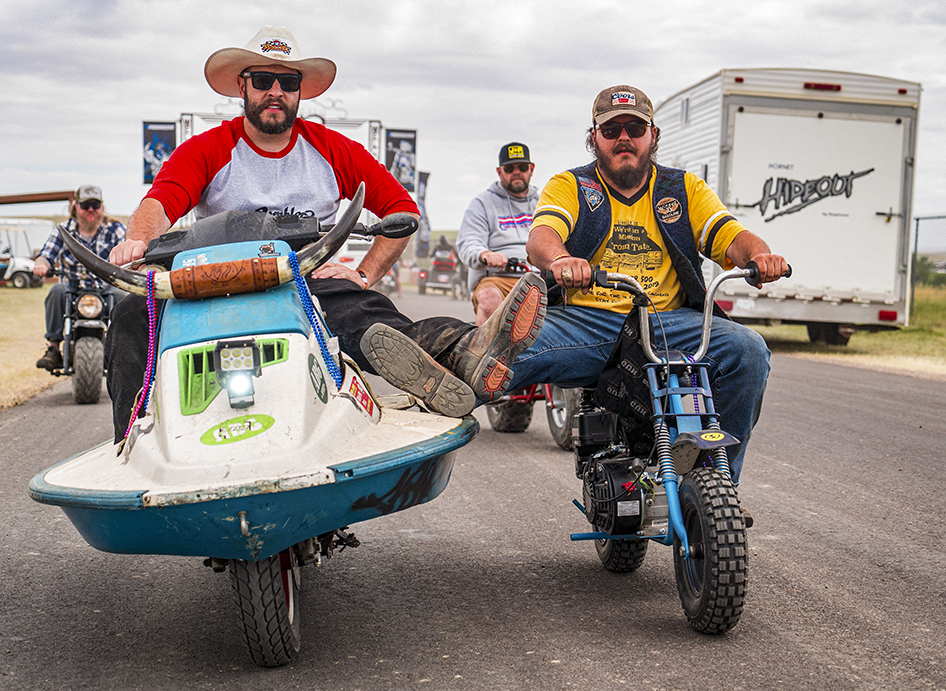 Whatever floats your boat.

The master and her freak on a leash 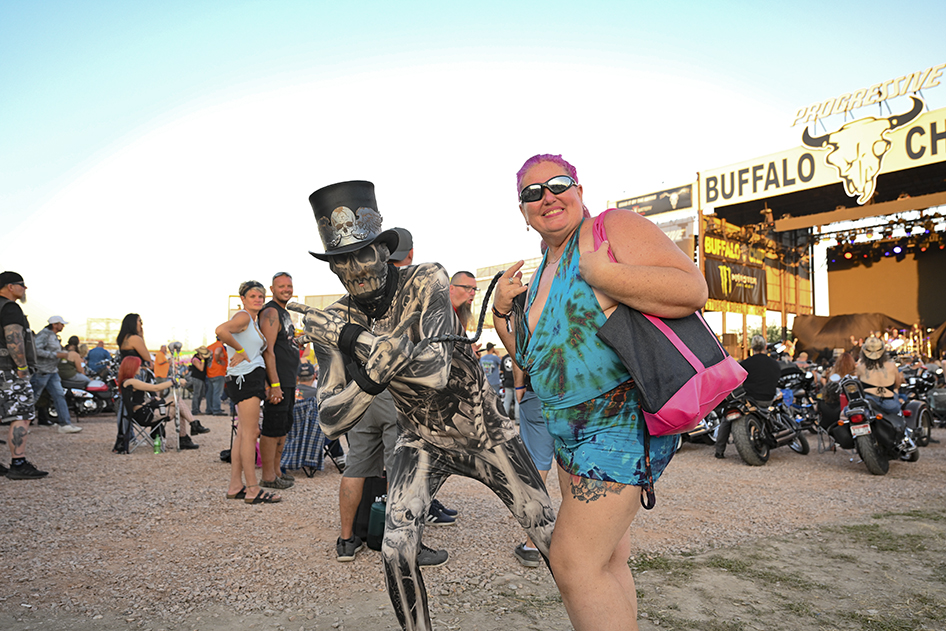 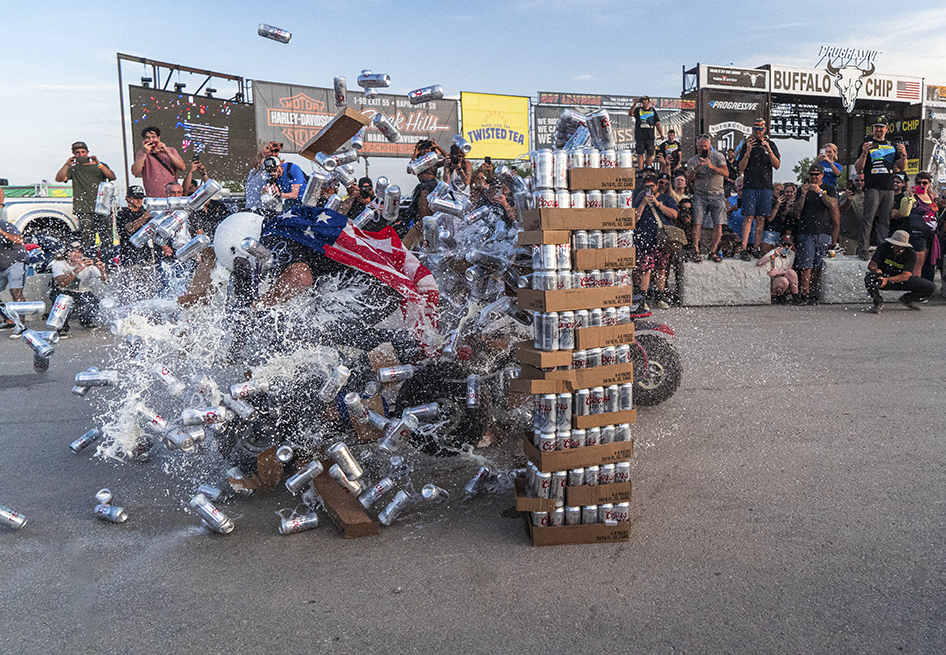 @DaymonWoodruff and Joe Mielke @SoDakBigJoe used brute force to crack open some cold ones for attendees of the Official Sturgis Rally Kickoff Party. 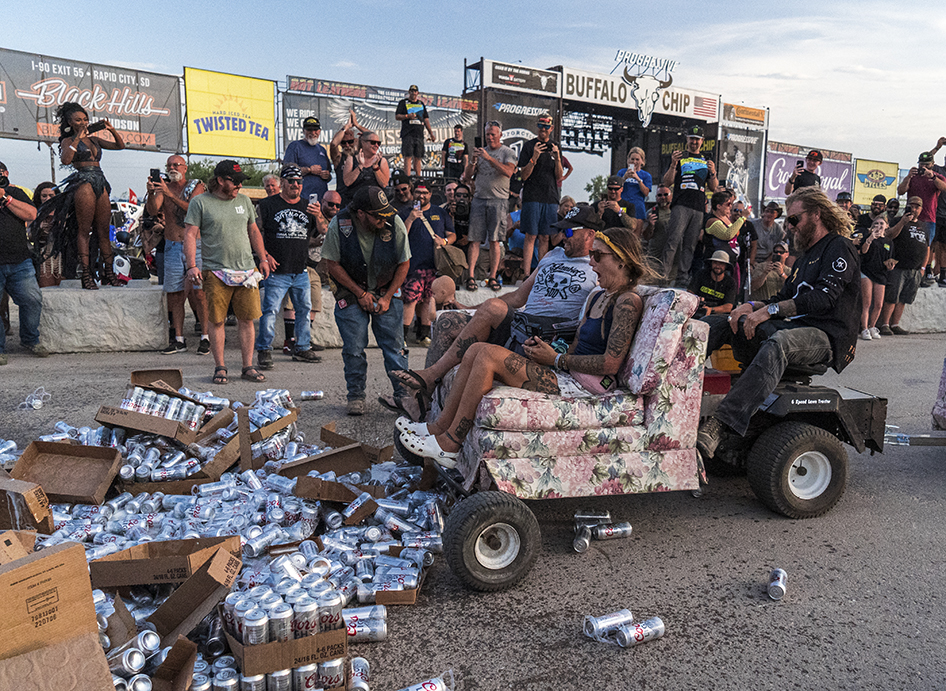 The Gambler 500 is well known for their clean-up efforts, so it’s no surprise Jason Lightner and crew were the first on the scene. 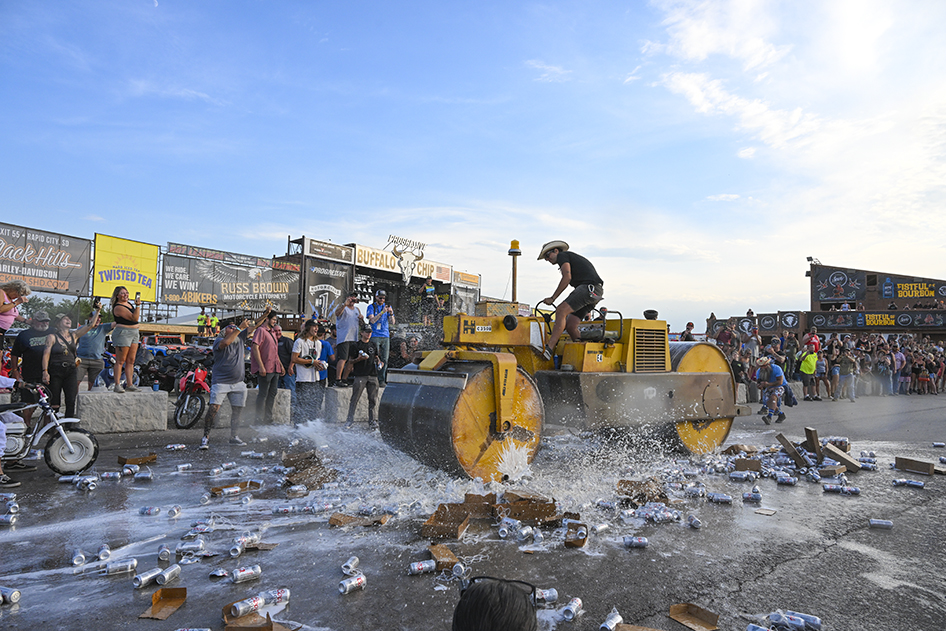 Hey, I was gonna drink that!

A woman so excited to introduce you to her man, she’s bursting at the seams 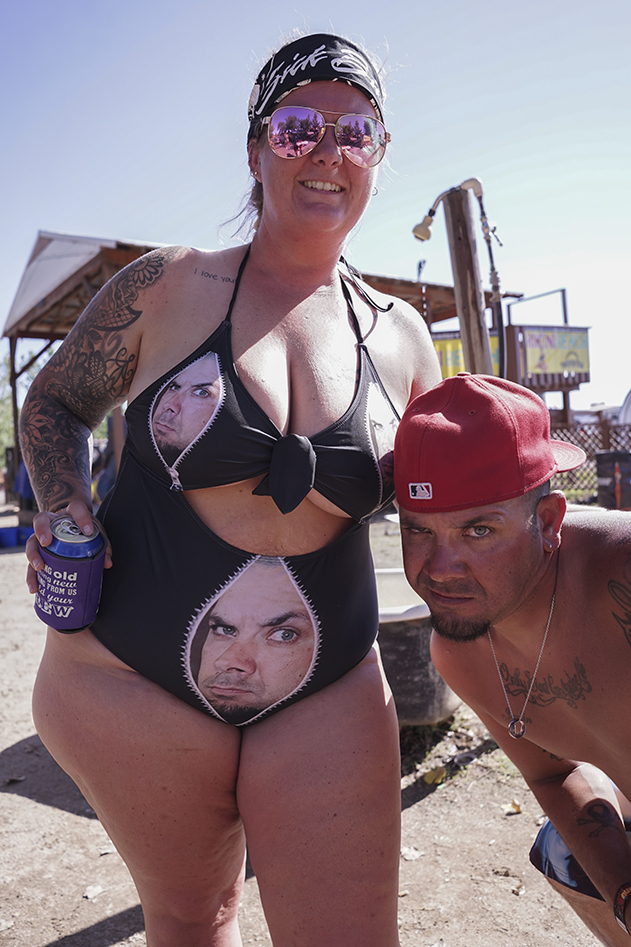 Nothing like staring at the goods and having them stare right back.

The inventor of camouflage pasties 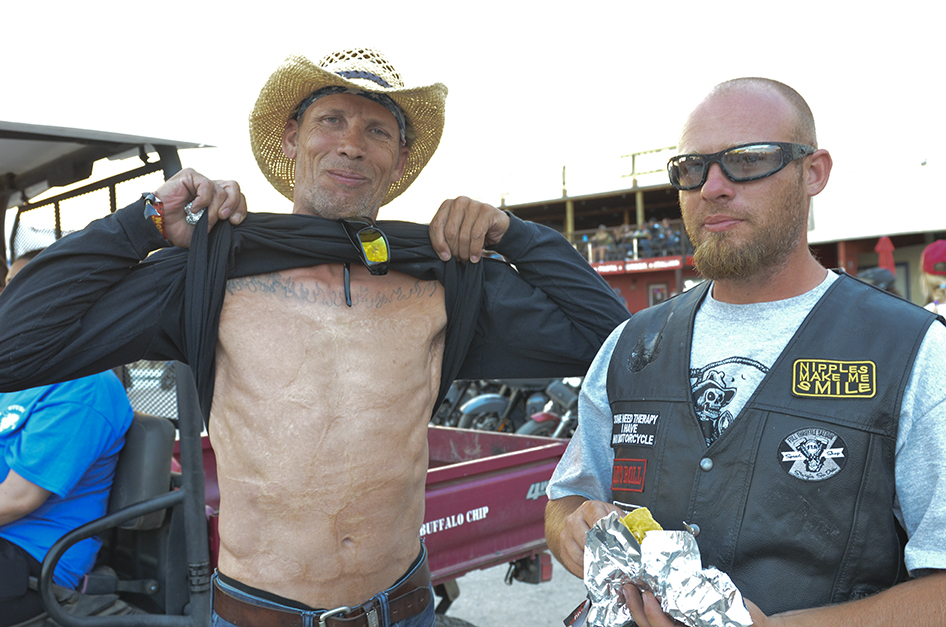 Sorry, bud, no beads for you. 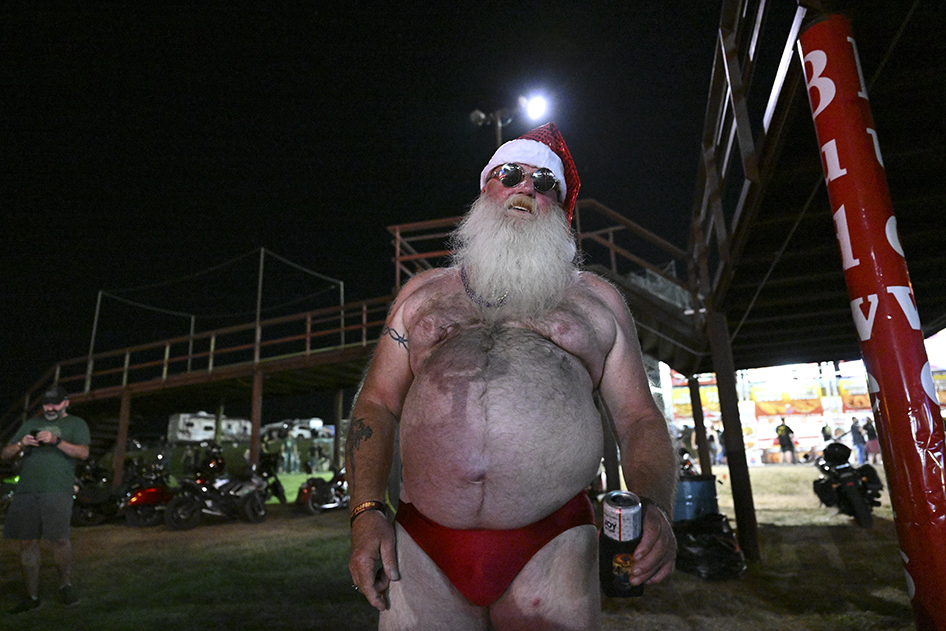 Always be wary of any package he offers you in the off season. 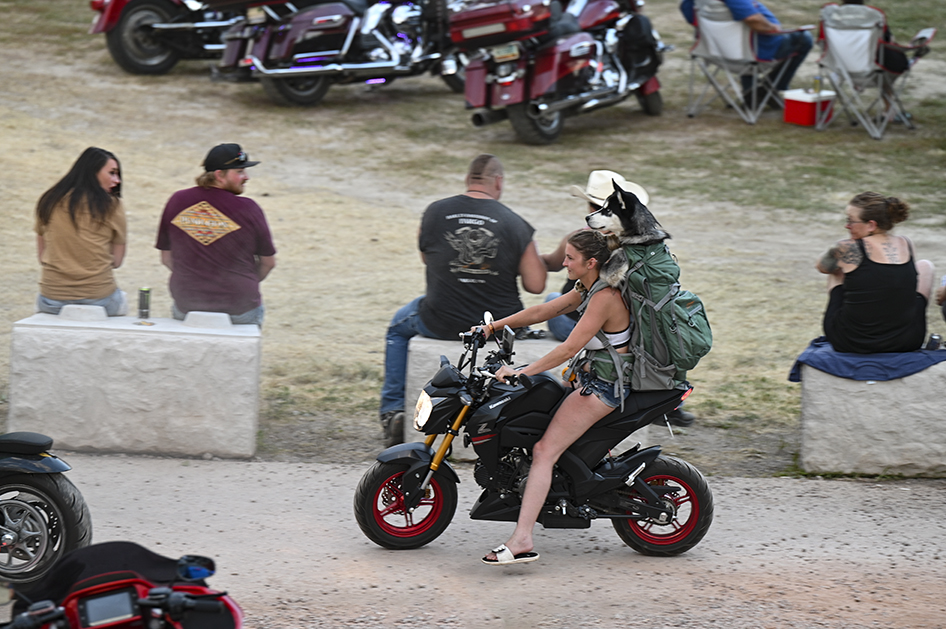 They are pack animals, after all. 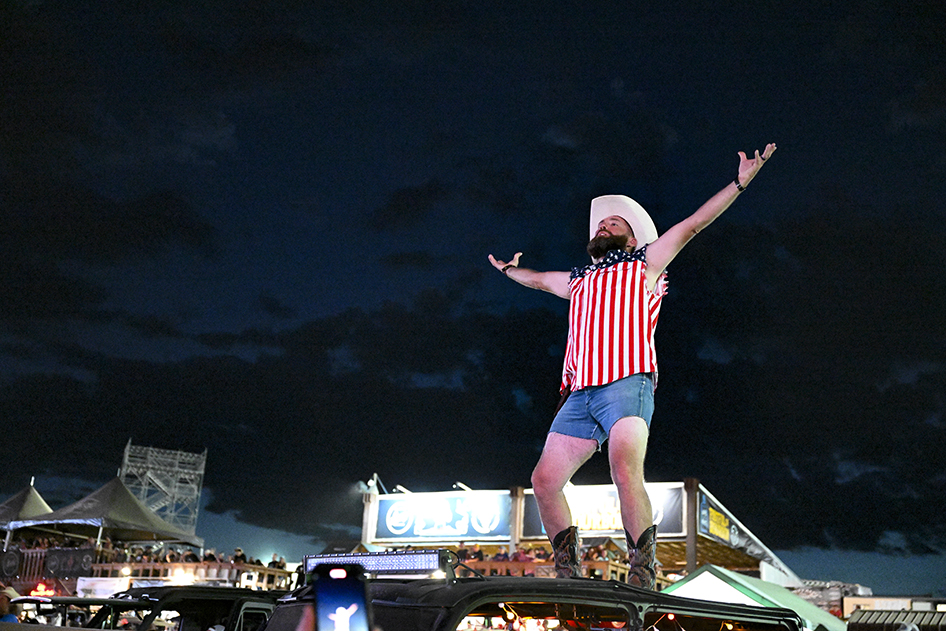 Giving proof through the night that our flag was still there. 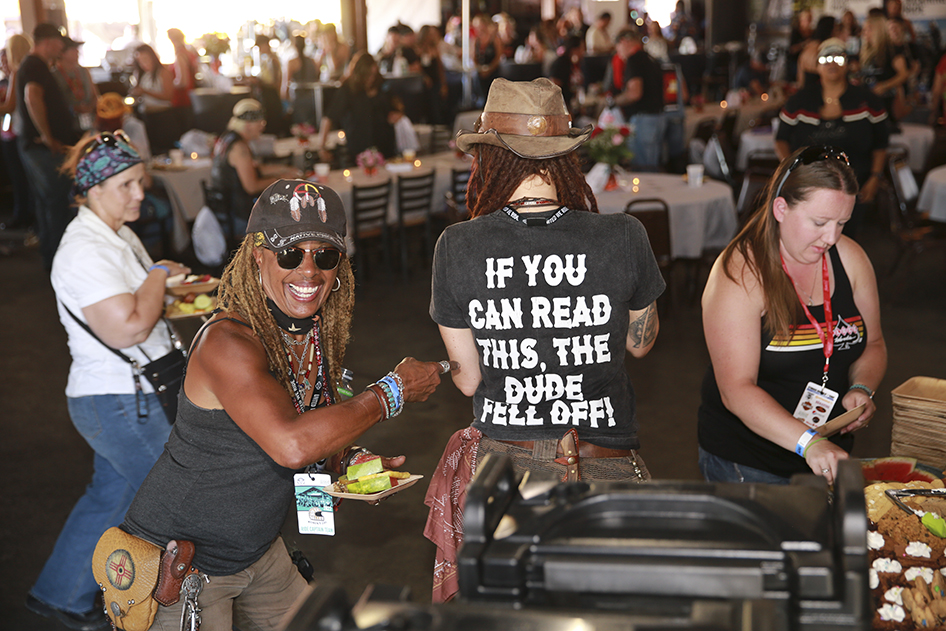 Cletus, the Roman god of mullets 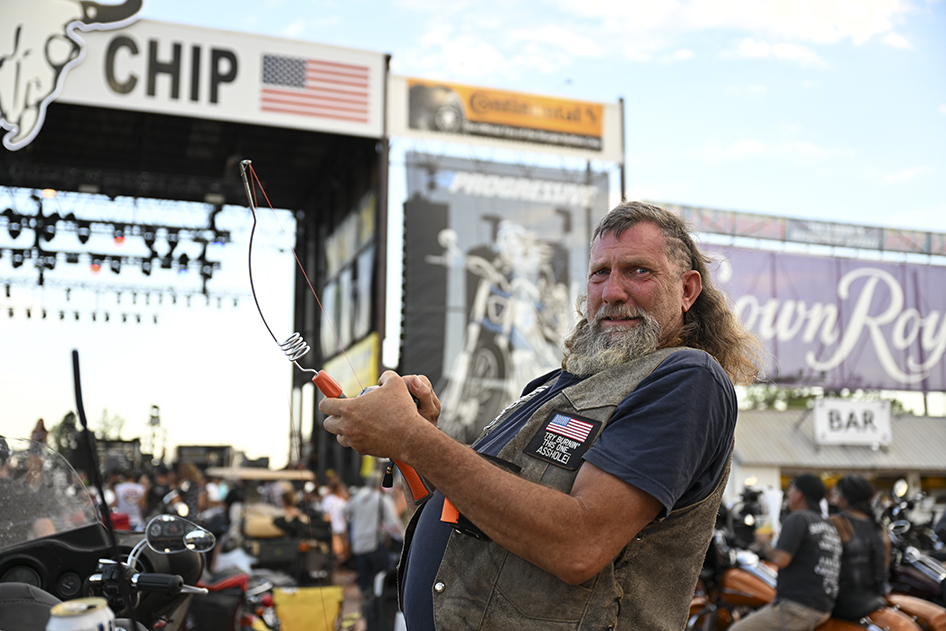 Fall victim to his arrow, and you’ll never consider any other haircut.

A blind guy who thought this was the bathroom 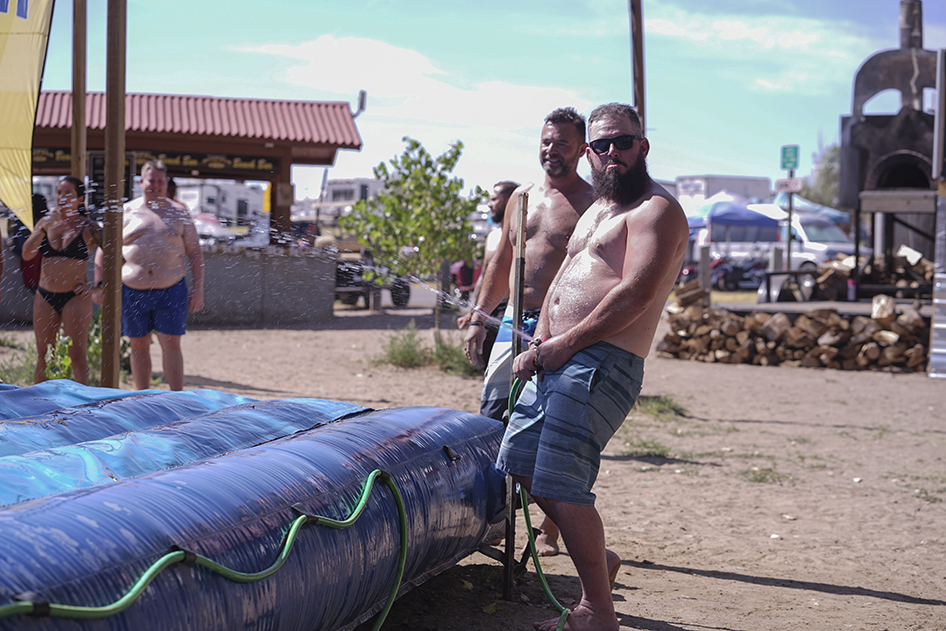 Sir, this is a slip ‘n’ slide. People put their faces here…

A physicist testing the law of gravity 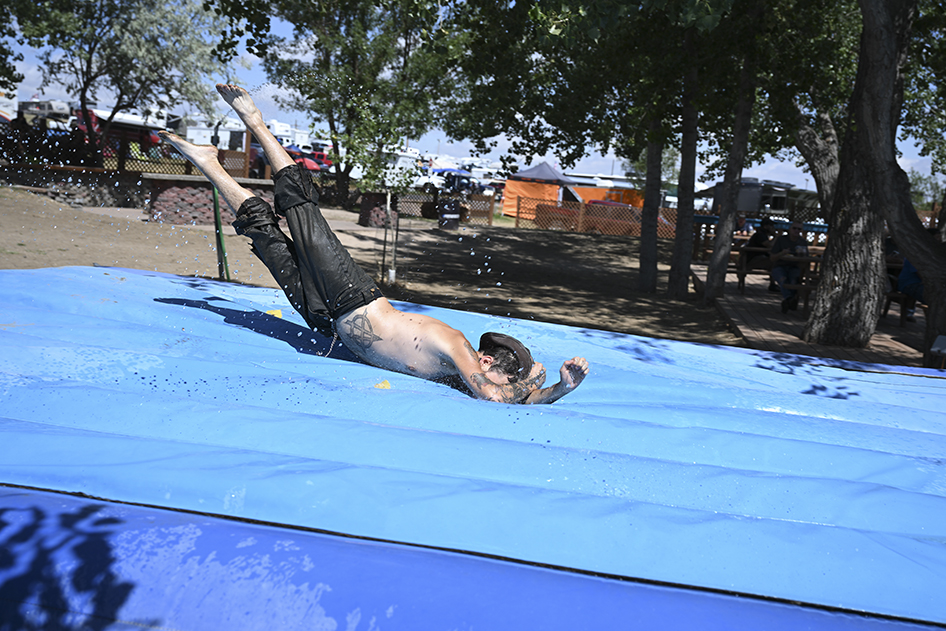 He failed the test.

His stage name was “Buffalo Chippendales” 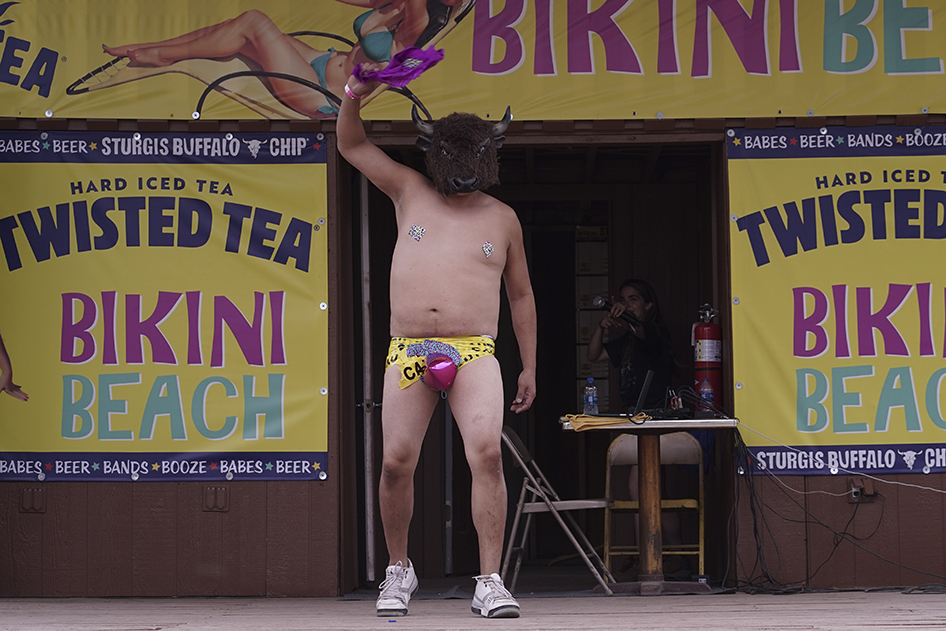 …and he swept the Homemade Mankini Contest at Bikini Beach. 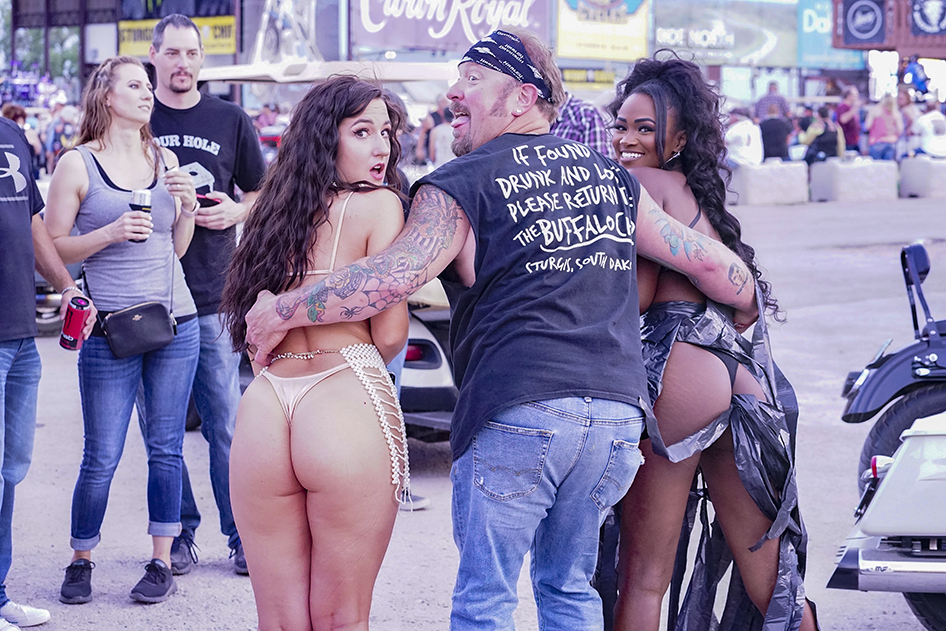 See more crazy things that turned up at the Chip in the Sturgis Buffalo Chip’s 2022 Lost & Found! 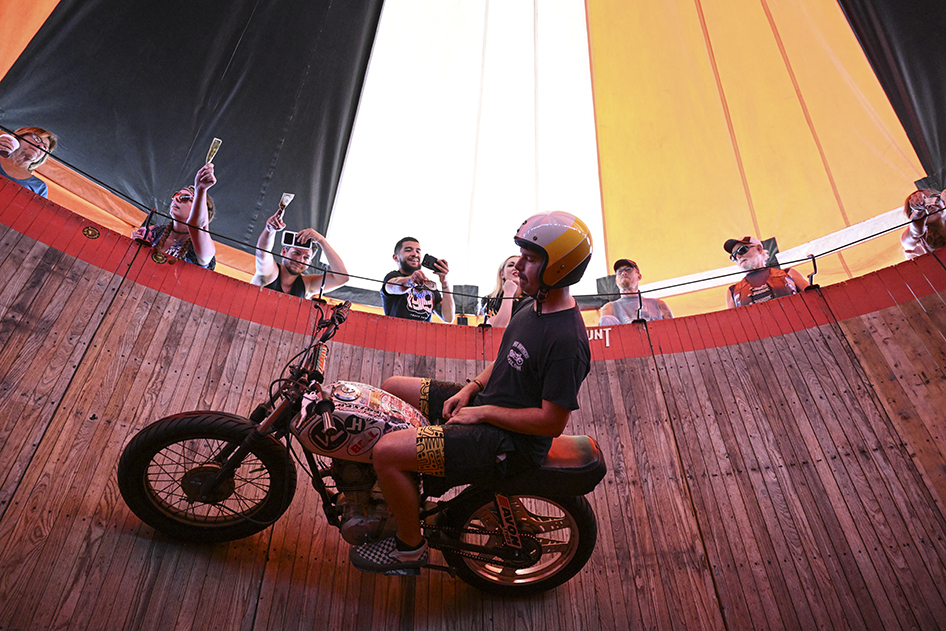 The Ives Brothers could run circles around you with their eyes closed.

Is that you, Elvis? 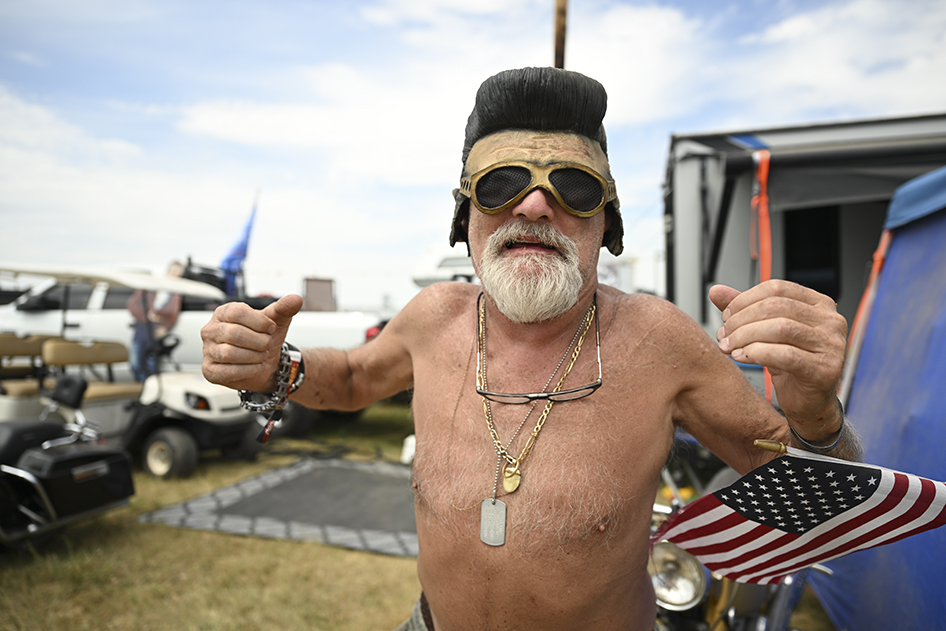 Don’t be cruel. We just want a quick photo.

She’s got zero capacity for bullsit 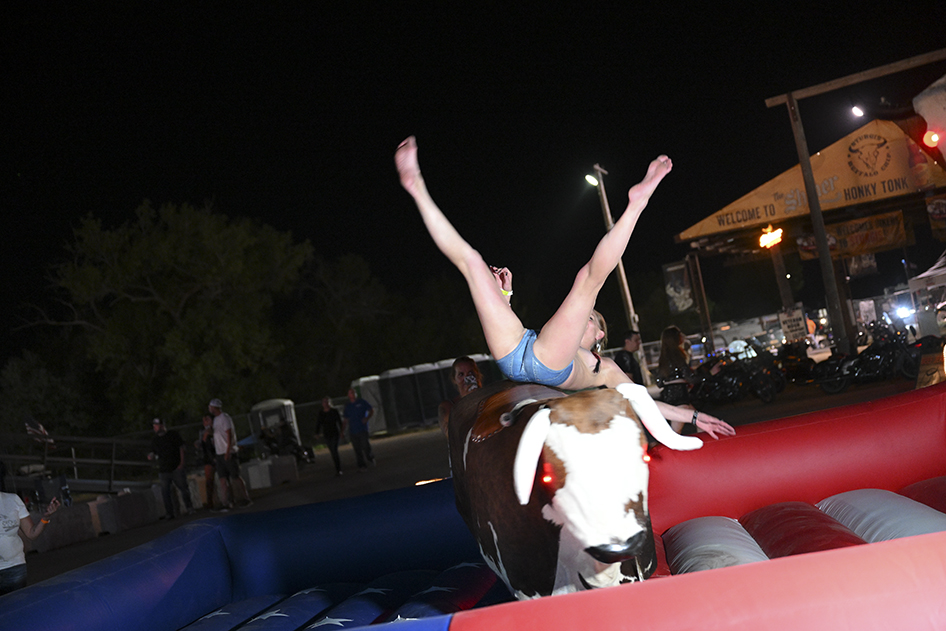 Ma’am…you’re supposed to keep your legs the other direction.

A man demonstrating how to grow a beer belly 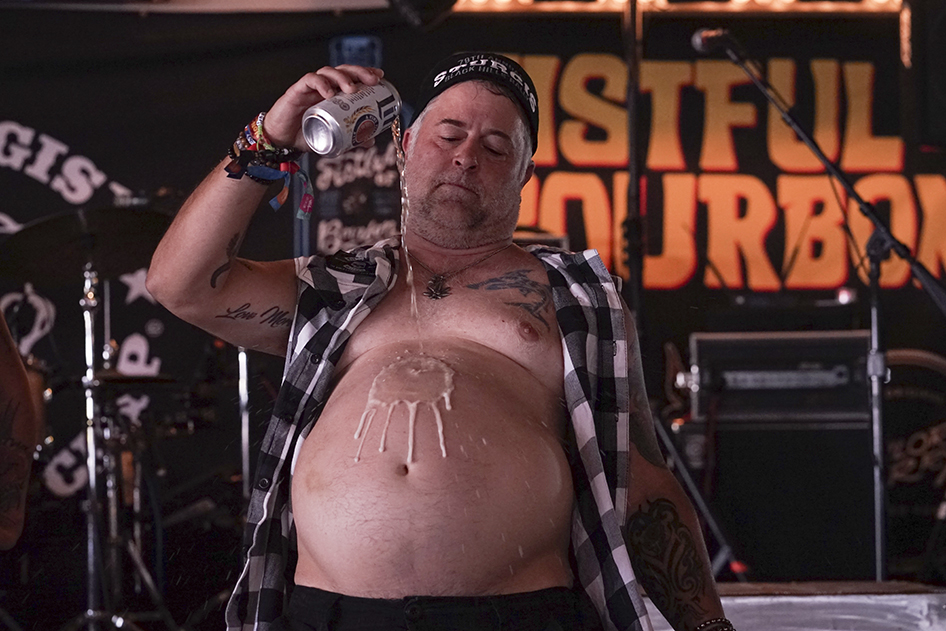 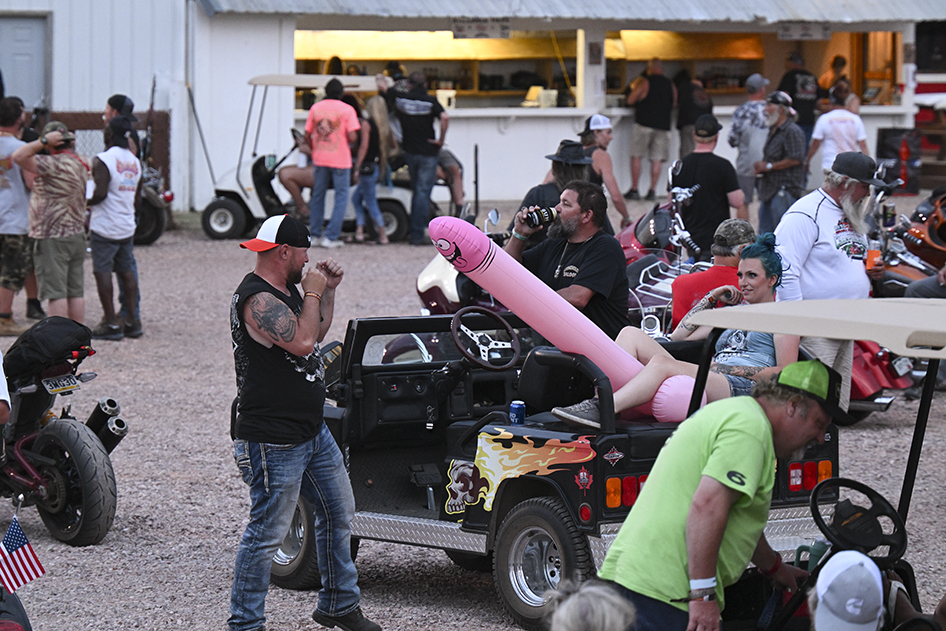 Who’s got the balls to throw the first punch?

How many bikers does it take to roast one tire? 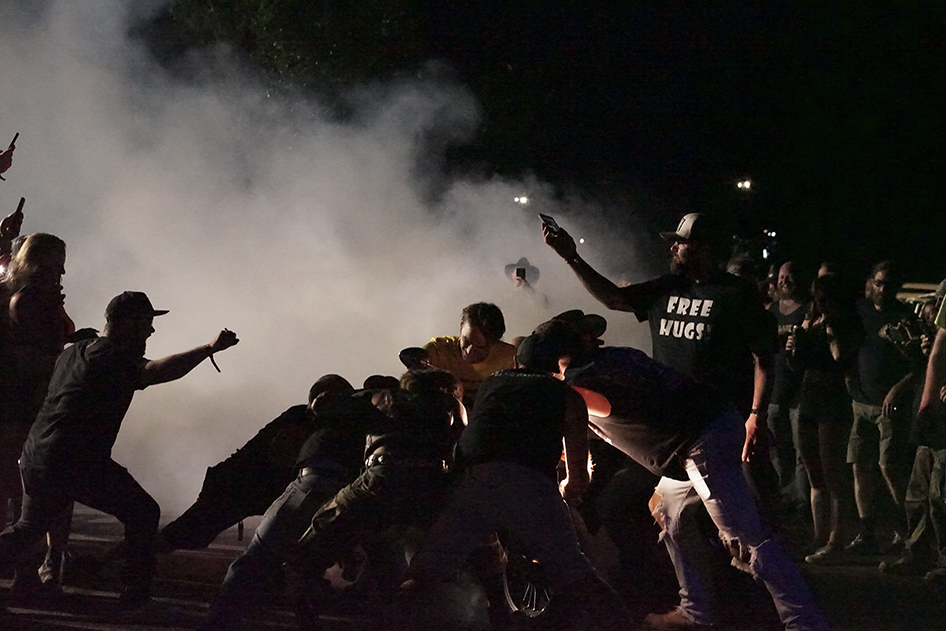 Evidently, it’s six, plus one to shoot the video.

Caption This in the Comments Below 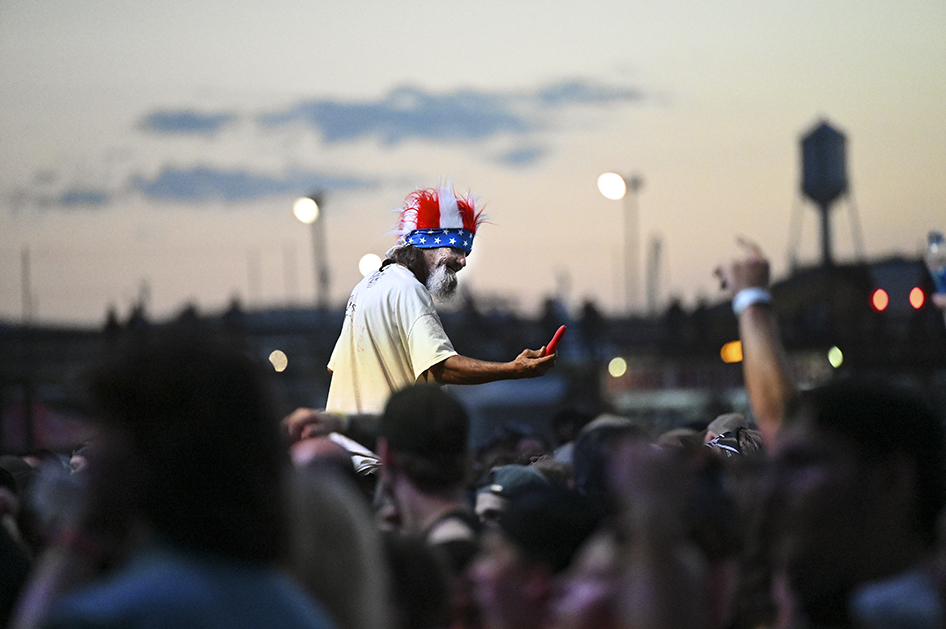 They say what happens at the Chip stays at the Chip, and sometimes, that’s for the best. However, many memories made during this legendary event are too good not to share with everyone. That’s why the Buffalo Chip is giving you two opportunities to win killer prizes just for sharing your Sturgis Buffalo Chip experience with the world! 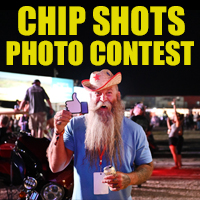 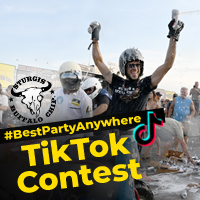 Check out the Chip Shots Photo Contest and #BestPartyAnywhere TikTok Contest to see how your experience at the Chip could land you passes to the party and VIP upgrades for 2023!

What are the craziest characters you’ve ever encountered? Tell us what you’ve seen in the comments below! 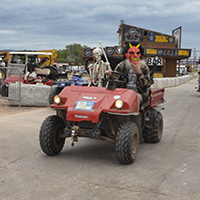 Known as The Best Party Anywhere®, the Sturgis Buffalo Chip believes festivals should be fun like a burn out, reenergize you like a broken rule, and romance you like someone you just met and have to take home.

Find out more or get passes to the Best Party Anywhere at BuffaloChip.com  and find out why it continues to be one of the most televised festivals in the world.